Packaging often works best as part of a team.

The other day I was discussing with some packaging students the importance of the interaction of several separate elements to effective retail packaging: a package’s physical structure, its label content, and consumer understanding. Especially for drugs and devices, but for all manner of consumer products, these three elements often have to work together in order to ensure that products are safe and are used properly.

For example, think of the requirements for tamper-evident packaging applicable to OTC drugs. The regulatory requirement for the package to have physical features that leave evidence of any tampering also requires that there be a label statement alerting the consumer to the presence of the packaging feature. There’s a regulation that contains similar provisions for some cosmetic products.

To make that feature work best, though, the consumer has to be on-board, to be aware of the label statement, understand it, and follow its instructions. A structural feature without a label statement to alert consumers of its presence might not be noticed or properly understood.

The same goes for drug product “compliance,” which is the fancy phrase for the idea of patients taking their prescribed or OTC drugs as intended by their doctor or the product’s manufacturer.

If these several elements don’t work together properly, a product could be unsafe or ineffective. It’s ironic, after all, that after manufacturers spend years on drug product development, millions of dollars on chemical research, animal studies, clinical trials, and development of just the right labeling language, the product gets put onto the market and the consumer doesn’t take the drug correctly. The whole expensive and carefully developed system, all those detailed efforts to help ensure that the product is both safe and effective, can be a waste of time if the consumer fails or forgets to take the pill or takes the wrong dose or takes the dose at the wrong time.

Product developers with various areas of expertise think about these issues a great deal. One trade group which has made its central mission to promote packaging technologies that help ensure that patients take their drugs correctly is the Healthcare Compliance Packaging Council. For 28 years, the group’s mission has been “to promote the many benefits of unit dose packaging-especially the fact that these formats can be designed with compliance-prompting features proven to help people take their medications properly.” Unit dose packaging is less common in the U.S. retail market than in other countries.

Recently, its focus has broadened from promoting packaging that prompts patient compliance to addressing issues of “patient safety, product safety, and improved outcomes,” and the group has participated actively with federal and some state legislatures, says Walter Berghahn, executive director of the HCPC. He adds that in recent years, more drug-making companies have adopted compliance packaging, sometimes even for starter packs, and that blister packaging in particular has “come into some national conversations.”

Most recently, it was a player in the Support for Patients and Communities Act, nicknamed SUPPORT, a law passed last fall that aimed to reduce opioid addiction. That multifaceted law included a provision that amends the Federal Food, Drug and Cosmetic Act to allow the government to require a “risk evaluation mitigation strategy for a drug for which there is a serious risk of an adverse drug experience” including perhaps requiring, for certain patients, dispensing in “unit dose packaging, packaging that provides a set duration, or another packaging system” that may mitigate the risk. “Safe disposal packaging” can also be required for some products in some situations.

Berghahn also says compliance packaging can be supportive of the goals of a 2013 law, the Drug Supply Chain Security Act (DSCSA). That law reflects a different kind of team, one that encompasses the full supply chain. The law is intended to, says FDA, “build an electronic, interoperable system to identify and trace certain prescription drugs as they are distributed in the United States,” to help protect against “drugs that may be counterfeit, stolen, contaminated, or otherwise harmful.” To do that, FDA commissioner Scott Gottlieb says, “Every link in the supply chain must be secure to ensure patient access to safe and effective medicines. We all need to remain vigilant to protect patients and make sure drugs meant for patients aren’t being stolen or diverted.” He also notes that, “Under the DSCSA, manufacturers, repackagers, wholesale distributors, and dispensers—which are mainly pharmacies—are all required to have systems and processes in place to quarantine and investigate suspect and illegitimate medications.”

In mid-February, FDA issued its first Warning Letter for violations of the DSCSA to McKesson Corp.

Gottlieb says that FDA’s Warning Letter alleges that, “In one instance outlined in the letter, McKesson was notified by a pharmacy customer that multiple of their pharmacy locations received bottles that were supposed to contain potent opioid pills. However, once opened, the pharmacies discovered that bottles at three pharmacy locations did not contain the correct medications, and the opioid pills were missing, having been replaced with other non-opioid medications.”

What does HCPC have to say about the elephant in the room when it comes to public policies relating to product safety, namely, the expanding world of legal cannabis? Berghahn says the group hasn’t yet taken a formal position, but it’s clear to him that packaging will be important to the safe use of the various cannabis forms. “Child resistance will certainly be important. Visibility of doses taken will be valuable in households with teens or multiple adults.” HCPC emphasized visibility of doses taken as an issue regarding opioids as well, “since in-home pilferage is such a problem.”

With cannabis, what was true in the past likely will be true again. Packaging structures, label statements, consumer education and, in some instances, vigilance of those along the supply chain, all must work together to achieve safety, compliance, and other important goals.

Hear Eric Greenberg’s podcast of this month’s column at pwgo.to/4072. 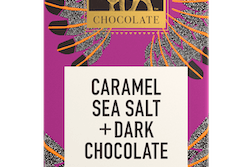 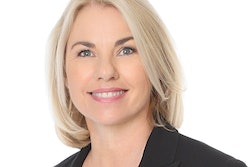 Australia advances towards end of waste 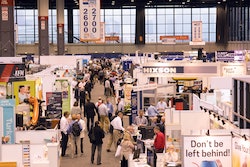 ProFood Tech is back this spring