Give design patents their rightful role in an intellectual property strategy.

The aforementioned categories are relevant to packaging for several reasons. First, how the packaging looks is at the core of shelf-impact, the packaging’s ability to arrest attention among competing offerings. Second, in addition to the sense of sight, the sense of touch can be engaged, adding to consumer appeal. Third, the more unique and intricate the packaging’s ornamental features, the less vulnerable the packaging is to counterfeiting.

Design patents don’t protect function, or how the packaging works. That’s the province of a utility patent, which protects the owner against the unauthorized manufacture, use, sale, and import of the patented packaging. Protection under a utility patent resides in the enumerated claims, not the accompanying drawings. Therefore, unlike a design patent, it’s possible for utility patent protection to extend against packaging that looks different from what’s patented.

Utility patents provide broader protection; nonetheless, design patents should be considered when circumstances favor them. The functions of packaging are containment, protection, communication, convenience, and utility. Just because a given package fulfills each function doesn’t mean that it does so in a unique way that would be protectable with a utility patent. Such is true of the majority of packaging. On the other hand, if there is something unique about the appearance of the packaging, a design patent should be pursued, or else the packaging could be denied its due protection. That’s not to say that a particular package can’t have some features that qualify for utility patents and other features that qualify for design patents.

Leveraging packaging for strategic advantage includes physical aspects that not only are proprietary but (hopefully) patentable. When the packaging carries the wording, “patent pending,” or after issue, the patent number, notice is given to industry and consumer alike. The packaging becomes part of the owner’s assets known as intellectual property.

The time to think about patents of any kind is at the conception stage, in addition to whenever changes in existing packaging are contemplated. Such thinking, sadly, seems to be the exception, judging from the sameness displayed aisle-after-aisle in retail stores. A plausible explanation is the risk-averse nature of many brand-owners, opting for product-line extensions and the extension of a brand into other product categories. But patents, by definition, are issued for uniqueness, even boldness, one might say. Therefore, brand owners seeking the advantages of patents need to adjust their thinking accordingly.

Much of the preceding perspective depends on whether the owner of a patent is the packaging supplier or the packaging user. A supplier typically tries to convert as many users as it can. The would-be user has to either convert, so as not to concede an advantage to other users, or convert to something comparable or better. In contrast, if the user owns the patent, the owner can opt for exclusive use or licensing and royalties.

Some marketers of packaged products, even those who have in-house packaging departments, outsource work to firms specializing in package design. Such design firms should be evaluated, in part, on their knowledge and utilization of the patenting process.

When packaging is under patent, protection is theoretical, unless it’s combined with enforcement. Patent infringement litigation is fought in federal courts by attorneys who are versed in patent law. Those attorneys are not lone-warriors; rather, case preparation involves the inputs from a supporting cast. It, therefore, behooves personnel with packaging-related responsibilities to have a fundamental understanding of what patent infringement entails.

The main standard for deciding a design patent infringement case is the “ordinary observer test.” It empowers a jury (or a judge, in the event of a bench trial) to decide whether an ordinary observer (someone not trained in design) would mistake the accused design for the patented design. If, yes, there’s infringement.

The decision is not as clear-cut as it might seem. In fact, it is fraught with subjectivity. But subjectivity is not foreign to professionals involved with package design research and the measuring of consumer perceptions. Those professionals can advise an attorney regarding how to argue the results of the ordinary observer test.

The patent owner benefits when there has been documentation throughout the design process. Such documentation can be used to support the patent owner’s claims regarding the scope of what’s protected by the patent. As mentioned, the scope of a design patent is presented wholly by the drawing, so the drawing should be rendered in exacting detail. One cautionary note: the design patent owner should consider a new patent whenever making changes, no matter how minor; otherwise, the changes might prove unprotected.

Since the demand for packaging is derived from the product contained, the documentation also should address the importance of the packaging to the product’s competitiveness, as measured by market share and profits. Such documentation is valuable when the verdict is infringement, requiring a determination of damages. Well-reasoned arguments must be presented, in acknowledgement of the difficulty of quantifying packaging’s contribution, separate from those of other marketing tools—advertising, for example.

How does the patent owner come to suspect infringement? In a word, vigilance. It’s incumbent upon the owner to remain aware of what’s happening in the marketplace; after all, an infringer will not voluntarily notify the owner. And how does a designer avoid unintentional infringement? The answer, in two words, is due diligence. A thorough patent search for prior art will reveal whether designs similar to what’s contemplated already exist.

Packaging is special in terms of the various ways that its components lend themselves to intellectual property protection. In addition to design patents and utility patents, there are copyrights, trademarks, and trade-dress—each associated with packaging’s role as a communications medium. With so much riding on a systematic approach to packaging as intellectual property, its management should not be by accident, but by design. 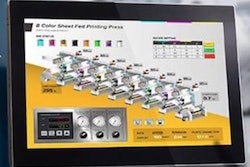 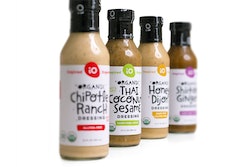 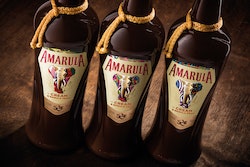 Making the case for digital printing