They asked us to predict the future.

A conference panel of four, made up of smart and experienced people, was asked for predictions about the future regulatory scene for packaging materials in contact with food in, say, five years. The specific subject of discussion was the U.S. Food and Drug Administration’s regulation of food contact substances, in particular its Food Contact Notification program.

An FDAer, a US-based consultant who used to be an FDAer, an EU-based consultant, and a regulatory official at a major consumer product company, all brought their unique and well-informed perspectives.

The PIRA Global Food Contact conference in early May brought this panel together, with me as moderator. I opened by noting that very often the trends that will affect our businesses in five years are already present today, though not always prominent. Each speaker then offered observations about current events and predictions for the future

FDA Supervisory Chemist Allan Bailey began by expressing concern with what he perceives as the public’s growing lack of trust of the food industry and FDA, fueled in some cases by inaccurate or incomplete information on social media. That doesn’t make FDA’s job any easier.

He then offered four primary comments: First, he explained that there has been some discussion, in the wake of the controversies over BPA, about possibly changing the agency’s regulations to formally allow holders of effective Food Contact Notifications (FCNs) to withdraw them. That is, to remove the FDA clearance without FDA having to first conclude that the use of the substance involved is not safe.

Second, he mused that perhaps it would be better if there were more and different ‘categorical exclusions’ from providing environmental assessments within submissions such as FCNs—too many FDA actions are required to make such often-laborious analyses, he said.

Third, he offered a suggestion—not being worked on, just an idea—that in the future, FDA might want to create a mechanism, when uses of substances are the subject of some threshold number of different FCNs, to convert all the clearances to a regulation, thereby providing a basis for the lawful use of the substance that anyone could rely on.

Fourth, Bailey sent out a generalized call for increased cooperation between the regulated industry and FDA. He pointed to the surprisingly complex process involved with ‘de-listing’ cleared food additives and said FDA might someday prepare guidance documents to help explain what types of information should be included in such submissions. He also offered a name change for the office in which he works, from the Division of Food Contact Notifications to the Division of Food Contact Materials, to better reflect the breadth of the activities it handles.

Dr. Mitchell Cheeseman, a managing director in the Washington, D.C. office of Steptoe and Johnson, LLP and before that a longtime official in FDA’s Office of Food Additive Safety, said he was confident that in 5 years, the concept of General Recognition of Safety (now somewhat embattled thanks to non-governmental organizations) would still be part of the picture, and that FDA’s FCN process would still be perhaps the world’s most efficient and transparent process for clearing new uses of food contact substances.

He said we can expect to see FDA’s final regulations on the GRAS process this year, though he also predicted they would be the subject of litigation, as they won’t be sufficiently tough for consumer advocacy groups.

He also predicted that we’ll see a continuation of the recent tendency of non-governmental organizations to petition FDA to remove clearance of food additive and food contact substances. (Phthalates are a current example.) FDA’s concern with getting sued about delays in reviewing petitions will continue to lead it to act quickly on such petitions, he said.

These NGOs, he opined, share with FDA a similar motivation to protect public health, but the groups appear to believe that FDA has lost sight of its mission. Also, the country’s current politics are polarized.” “The middle ground,” he said, “is not well-populated right now in the U.S.”

Jim Huang, recently installed as Director of Food Contact Materials Safety at The Coca-Cola Company, (before that he served many years as global scientific and regulatory affairs director at the Bemis Company), shared his laments about the continuing emergence and influence of private international standards and inspection bodies such as GFSI.

Huang said it isn’t always clear that these auditors are applying appropriate standards when they audit makers of food contact materials and ingredients, and are unduly causing companies to undertake extra effort and expense. The new Foreign Supplier Verification Program, put in place by FDA under the Food Safety Modernization Act—which FDA has said, despite industry howling, does indeed apply to suppliers of food contact materials—is likely to boost these private groups’ misguided efforts, said Huang.

Eugenio Cavallini, an Italy-based consultant with Ecol Studio SpA with a deep background in paper, said that in the EU, controversies over food contact materials are like a “boiling pot with a heavy lid on it” with both governmental and non-governmental entities providing the heat.

Cavallini emphasized the need for harmonization among the requirements of different nations. As difficult as that has turned out to be for the EU with respect to plastics, he said there is a lot of support for such efforts, though they are easier said than done.

Will these trends continue as predicted? See you in five years, we’ll discuss further. 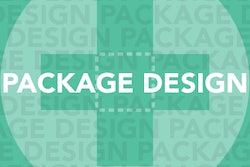 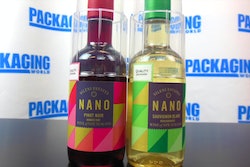 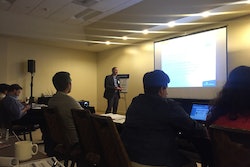 DSCSA: It's Not All Bad