Carl Palme is Applications Product Manager at Rethink Robotics. He’ll be on a panel discussion about collaborative robots at the Automation Conference & Expo May 24-25 in Chicago. 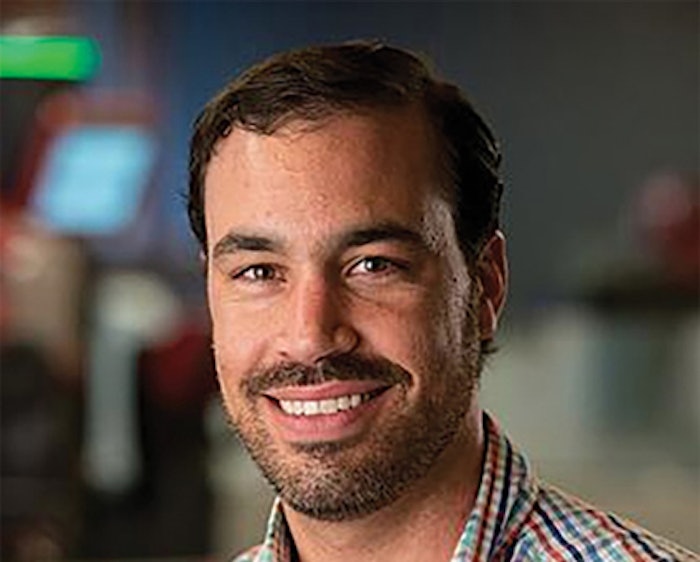 Packaging World:
Anyone who attended PACK EXPO Las Vegas probably noticed how many well established players in the robotics space were unveiling one kind of collaborative robot or another. What does that say or mean?

Carl Palme:
It says there’s definitely a need for low-cost general-purpose robots. As our activities over the past few years have built awareness, it’s generated a lot of interest among larger, more established manufacturers of robots who now see that there’s actually a market for these things. So they’re coming up with their own versions, their own solutions. In fact, if you follow this sector you’ve probably read the research from Barclay’s Capital where they talk about how this market is actually going to reach about three billion dollars by 2020.

And what about packaging applications in particular, what’s the future there?
Packaging is often viewed as a low-value-added kind of task, and you usually don’t automate such tasks because it’s either not economical or not practical. The nice thing about collaborative robots is that they’re inexpensive, so it makes it very economical to automate a packaging type of application. Especially in contract packaging where it’s all about high-mix, low-volume types of products. Because collaborative robots are so easy to train, because you don’t have to create this whole infrastructure around them, because you don’t have to hire specially qualified people to run the robots, we’ve seen a lot of interest and excitement among contract packagers.

It’s pretty easy to get these robots to go to a new task, isn’t it?
Yes. If you think about it, it’s a PC with arms. You can keep as many programs as you want and then sort programs by the last use date like you would any other program in a computer, right? It means you can just go to the robot, select a task, and specify the task that you want to run that particular day or hour.

We’ve begun to hear these collaborative robots referred to as free-range robots.
Yes, because they’re not in a cage. Not being in a cage is important for several reasons. One is you don’t have to waste the time or the money creating this infrastructure around the robot. Second, this whole trend toward mass customization these days, where consumers expect they can get the same product in any type of custom version they want for the same exact price and the same quantity. So for the manufacturer, that’s very difficult to do if your lines are fixed and rigid. Being able to move these robots around from one application to the other—being able to justify the robot over multiple applications, not just one—makes it very easy for people to start accepting collaborative robots. Not only are they not in a cage, they’re meant to be moved from one line to another.