With all the high-tech miracles and sophisticated drugs, devices, and biologics around, there are two bits of advice that remain widely useful and effective, and they couldn’t be more old-fashioned. One is Wash Your Hands. The other is Wear Sunscreen.

I go back long enough to remember an airline that flew to Florida giving every passenger a reflector to enhance catching the sun’s rays. Times have changed. Sunscreens applied to the skin have for some years been recognized as a simple, easily accessible, important component of one’s health care regimen.

Sunscreen may look and feel like a simple skin lotion or spray, but if you examine a sunscreen’s package you’ll find that it is labeled as a drug, listing Drug Facts containing active ingredients, uses, warnings, directions for use, and other information. As a result, its ingredients and the claims made for the product’s effects are carefully scrutinized by FDA to assure that the products are both safe and effective for their intended uses.

Who knew that regulating sunscreens could be so complicated? FDA struggled with the topic for years, decades really, then finally issued a series of actions in 2011. The thing is, they’re still not done deciding what to do with these products.

The gist of the regulatory framework now is to standardize performance requirements for products claiming to provide “broad spectrum” protection against the sun, and to standardize labeling requirements to give consumers more reliable and consistent information.

An evolution in scientific understanding helped drive these changes. Whereas protection from the sun used to be a matter of avoiding sunburn, now the top concerns are protection against skin cancer and premature skin aging. Turns out, the sun’s ultraviolet B rays are the big culprit in sunburn, but its ultraviolet A can lead to skin cancer and premature skin aging. With its new 2011 rules, FDA set up a system for confirming that sunscreens protect against both types of rays before the products could call themselves “broad spectrum” suncscreens.

The familiar “SPF” numbers on sunscreens are actually indicators of a product’s level of protection against ultraviolet B rays. So, when FDA established its new test for broad spectrum sunscreens, it set it up so that those claiming broad spectrum would have to establish protection against both A and B rays. FDA said, “Scientific data demonstrated that products that are ‘Broad Spectrum SPF 15 [or higher]’ have been shown to reduce the risk of skin cancer and early skin aging when used with other sun protection measures [such as limiting time in the sun and wearing protective clothing], in addition to helping prevent sunburn.” FDA also recommends using a water-resistant sunscreen when sweating or swimming and reapplying sunscreen, even water-resistant varieties, at least every 2 hours.

Under the current rules, if a product passes the “broad spectrum” test, it can label itself as such on the front of its label, together with its SPF value. If your product is broad spectrum and has an SPF of 15 or higher, its label can claim that the product reduces skin cancer risk and early skin aging “if used as directed with other sun protection measures.” If you’re not broad spectrum, or you are but your SPF is between 2 and 14, you can only claim to prevent sunburn.

In 2011, FDA also asked for input on different dosage forms of sunscreen, to see if any additional labeling would be needed to make sure they are safe and effective. There are more dosage forms for sunscreens than one might guess: sprays, lotions, oils, sticks, gels, butters, ointments, creams, powders, towlettes, body washes, and shampoos. FDA is still considering the public input on those.

Meanwhile, FDA still has not finalized the OTC monograph regulation on sunscreens that would confirm which sunscreen products are generally recognized by FDA to be safe and effective and therefore wouldn’t require pre-market approval. Actually, at one point years ago, it finalized it but then indefinitely ‘stayed,’ or postponed, its effectiveness. Instead, it issued a guidance document setting out which products it will permit to be marketed until the monograph is finalized, namely, those that meet the testing and labeling requirements it announced in 2011, and that contain one of the permitted active ingredients. FDA invited makers of qualifying ingredients to petition FDA to allow their sale, but hadn’t completed review of most of those submissions.

Then, in late 2014, Congress and President Obama lit a fire under FDA by passing the Sunscreen Innovation Act, a law that among other measures calls on FDA to make quick decisions on a number of sunscreen active ingredients that have been bumping along for years without agency action. In response, FDA has already listed 6 ingredients for which it says the data is insufficient to allow it determine if the ingredients are safe and effective.

Cosmetic products that claim sunscreen effects are covered by the requirements for sunscreen drugs, too. Specific requirements apply to insect repellants that are combined with sunscreens, as well.

In short, for as much time and effort as FDA has already devoted to sunscreens over the years, its efforts are continuing and you can expect to see more and different labeling and product ingredient requirements in coming years. 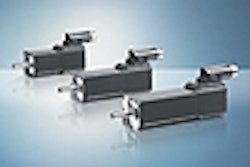 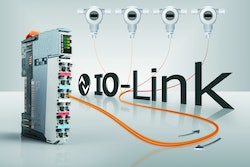 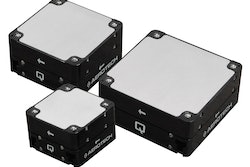