In recent years the proliferation of dietary supplements, which are foods intended to provide supplementation of one’s diet with a particular substance or substances, has led to many creative and innovative products.

Some of these products, says the U.S. Food and Drug Administration, might not be supplements at all.

It’s well known that it’s possible to dig pretty deeply into the depths and details of FDA regulation of various products. After all, many people make entire careers out of daily attention to compliance with those details. But sometimes the most fascinating game in town is at the surface, as you noodle over the question of what kind of product you are dealing with. It’s a crucial question because the regulatory obligations differ for the different types of products, be they conventional foods, dietary supplements, drugs, devices, cosmetics, biological products, and so on.

The cocktail party answer to the question of how to determine what a product is, is to first determine its intended use. That is, to determine what the packager intends consumers to use the product for: Is it to provide taste, aroma, and nutritive value? Or to supplement the diet in a particular substance, or to lower the chances of getting a disease?

Sometimes the packager (or manufacturer, or distributor) thinks its product is one thing, but FDA disagrees. This comes up a lot with respect to foods or supplements that FDA thinks are really drugs simply because of their labelling or advertising. A prime example where such disagreements have arisen is with dietary supplements that are liquids. Most supplements are tablets or capsules or powders, but some are drinkable liquids. For the past few years, FDA has been puzzling over when a supplement drink becomes not a supplement but instead is a conventional food. A drink that comes in a very small container seems to them more like a supplement than, say, a 16-ounce bottle, even if both claim to provide supplementation of vitamins, minerals, herbals, or other dietary ingredients.

They have even developed a set of factors they say they look at to try to decide when a liquid product really is a beverage or really is a dietary supplement, regardless of what the packager thinks it is, and have listed them in a guidance document. They look at labeling, advertising and how the product’s use is depicted, the suggested serving size, recommended daily intake, and directions for use. They look at the product name (if it’s called a “beverage” or “drink” or “water,” it’s not likely to be considered a supplement). They look at marketing practices, and the product’s composition.

And they look at the product packaging. They examine packaging “size, shape, color, and design of the container or other packaging, the volume of liquid it holds, whether it’s reclosable or designed to be consumed in a single serving, and the similarity of the packaging to packaging used for common beverages,” says FDA.

FDA laid out these rules of the road in the final version of the guidance document last year, and butts are being kicked already. In March of 2014, FDA wrote a Warning Letter to a maker of drinks that FDA said were marketed as beverages but which contained unsafe or unapproved food additives. FDA relied on the product’s characteristics to figure out what it really was under the law, not on the packager’s assertions.

FDA said it found several product features that led it to conclude the products were conventional foods, including the fact that the label described them as “beverages,” the company website compared the products to soft drinks, they were sold in “single-serving pop-top aluminum cans” which give them the “appearance and packaging of carbonated soft drinks,” and the labels had a Nutrition Facts panel (not a Supplement Facts panel), among other features.

FDA also said the product appeared to contain “typical ingredients for carbonated soft drinks” plus melatonin and extracts. FDA went on to say that they were not aware of any evidence that melatonin—a commonly used sleep aid ingredient in dietary supplement products—was GRAS “as an ingredient in conventional foods,” and said, safety concerns have been raised about its use.

(Remember that Warning Letters are only FDA accusations, and the agency web site contains no response from the company. At presstime, the Warning Letter had not been closed out by FDA, so the agency’s allegations are technically unresolved.)

How any individual case will be resolved remains to be seen, but clearly, any packager of a liquid food or dietary supplement should be sure to evaluate it in light of the FDA’s guidance on these issues. 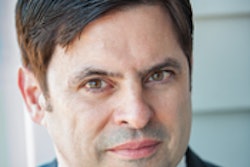 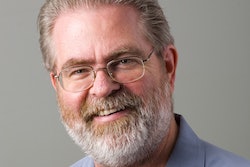 Unique IDs on every pack? 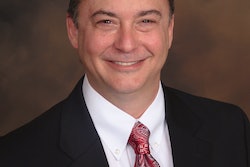 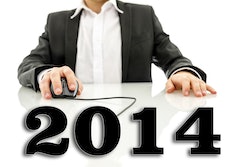