Where beer and automation come together

The Automation Conference 2014, coming May 20-21 to Chicago, will deliver insights on everything from industrial safety networks to high-efficiency motors to how companies like John Deere integrate automation technologies from different suppliers. But even non food and beverage industry attendees will most enjoy getting a taste of automated brewing operations from two different perspectives.

While technology is cool, there’s no doubt certain applications are cooler: Automation World readers love brewing and bottling applications. Grant Gerke’s look at how Two Brothers Brewing leveraged an electro-pneumatic filling system—a technology used by major brewers—into its new packaging operations to position itself for greater expansion debuted in the April issue and is already getting a lot of looks. So I thought everyone would want to know about the brewing-specific session at The Automation Conference 2014, being held in Chicago May 20-21. It’s just one of more than 20 sessions featuring technologies that are transforming manufacturing in the U.S., and its presenters are representative of the range and expertise of people you’ll have the chance to interact with if you attend.

Kevin Wheeler, director of operations for Highland Brewing Co., graduated with a degree in history and was working as a mason’s tender, learning the trade of dry-stack stone work in rural New England when he decided to start out on his own somewhere new. He landed a job at Highland Brewing in October of 2001 working on the packaging crew and over the years has grown with the company, first to the role of Packaging Supervisor and then to Operations Manager in 2007. He’s co-presenting with John Lyda, senior vice president and head brewer for Highland for 16 years.

Cory Ross, senior project manager Sierra Nevada Brewing Co., talks about food and beverage manufacturing from a different perspective. He received his degree in industrial technology with a focus in manufacturing management from CSUC and started his career with Sierra Nevada as a bottling line supervisor. In the 15 years he has been with the company, he has managed multiple packaging expansion projects as well as material procurement, and has contributed to growth by installing 7 production lines. Cory was moved into project management for the new brewery expansion and has assisted in the new facility’s construction, commissioning and plantwide network architecture. He is co-presenting with Randy Smith, CEO/founder of Vicinity Manufacturing, providing the corporate/finance view. 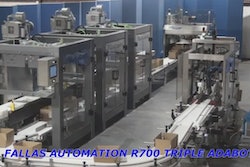 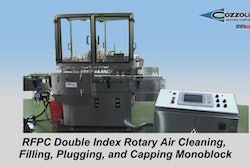 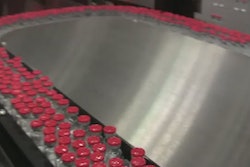