Should college be a means to self-sufficiency?

Is being "educated" a goal in itself, or should college actually lead to a family-sustaining career?

I usually shut out TV adds, but last evening an add by University of Phoenix struck a chord with me, so much so that I went on line this morning to play it again (See it here  Aim HIgh).  The video shows kids as they are growing up  while the narrator says  "we believe [that] every education, not just ours, should be built around the career that you want ...... Imagine that!"  That statement makes so much sense, why should we have to imagine it?

The sad truth is, this is not the premise that the American education system is built upon, and this is a huge contibuting factor to the difficulty that manufacturers are having in bringing manufacturing back to America.  We do indeed need to change our national dialog around education.   Our schools build curricula around what academia wants to teach, not what students need to learn, and as one respected colleague quipped, students graduate as  'a collage of nothing'.

If you don't believe this is the case,  join an academic advisory council and try to get a general education requirement changed for a degree program.  That was an eye opening experience for me, as a naive manufacturing guy.   I was recently told directly by one  community college Provost that he didn't care what employers thought students should know, he was there to see that students were properly educated.  If this was at Yale, maybe, but at a community college!?   What is the purpose of higher education?

When perplexed about why things are as they are, I always like to reflect on some history.  When our great universities were founded, they were for the gentry class.  And they were about a liberal education.  The gentry class didn't need to find a career to support themselves, they were already self-sufficient, arguably on the backs of others.   Then, as today, the educated elite looked down their noses at those who followed, by choice or necessity, a career track.  Even being a lawyer was considered second class.  In America's early days, law was an "apprenticeable" occupation.  A young man would find a lawyer who owned law books (books were extremely expensive) and would apprentice himself for the opportunity to read those books.  Thus the phrase "reading the law" developed for someone who today might be attending law school.

This system of higher education remained relatively unchanged until World War II when, as a society, we attempted to democratize it and encourage everyone to participate, spurred on by government funding in the form of the GI Bill and later by student loans.  In the 50's and 60's, pent up demand was so high that nearly every venture and idea succeeded, and a college degree seemed to be related to success.     Academia rejected the advice of a government-funded study that recommended that we pursue a two-pronged educational approach like Germany now has.  Instead we took a solution that worked in an old environment and tried to apply it to a new set of circumstances.  We are still traveling down that road that doesn't lead to where we need to go.

Here is the question:  Before anyone embarks upon a liberal education, shouldn't that person first have established the means to support him or herself?    We have forgotten that in the old system, those who attended a university were already self sufficient.   And today, with global competition and stagnant economies, we should know that a college education by itself is no guarantee of a job, let alone a family sustaining one.

Before any young person attends a university, one of two conditions should exist: either there must be a clearly defined pathway to self-sufficiency as a result of obtaining that education; or the person must have already established the means of self sufficiency through wealth or skills.  What do you think?

To learn more about educational solutions needed to prepare America for a revival of manufacturing, watch for The Manufacturing Workforce Development Playbook to be released in April. 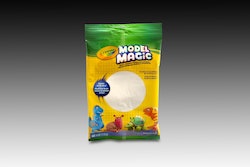 FPA winners are all about performance 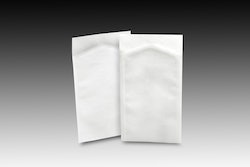 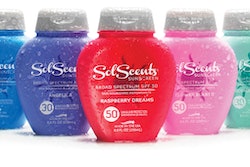