If there were such awards, these would be my picks.

The idea isn’t farfetched, given that packaging often is referred to in anthropomorphic terms, in other words, assigned human characteristics.   A package is “a silent salesman.” A package is a “communicator.”  A package demonstrates “aura and personality.”  It’s justified to say that, starting from its launch, a package has a life, and as is true of human lives, the lives of packages are differentiated by levels of achievement.

What criteria would qualify a package for a lifetime achievement award?  Explicit in the name “lifetime” is longevity; hence, an awardee should be one that’s been around for decades. Explicit in the name “achievement” is accomplishments, typically accomplishments that are repeated, enduring, and example-setting.  Up until now, the names of the awardees have remained a zealously-guarded secret, known only to me and a select few within the highest levels of national security.  And now, the envelopes, please.

The Coca-Cola contour glass bottle.  An obligatory pick. What other package is so iconic?   Even in silhouette, the shape screams Coke, invaluable for a global brand because it reduces reliance on language.  When the contour, green-tinted glass bottle was introduced (circa 1916), it didn’t sport what came to be the signature red-and-white labeling; rather, the famous Coca-Cola inscription was embossed on the bottle, further testament that it was the shape that did the heavy lifting.  Beyond just esthetics there’s function, in that the shape facilitates gripping, an unintended ergonomic feature, since—according to lore—the bottle’s shape was meant to mimic that of the cocoa bean.  Having a symbol of such potency, the Coca-Cola Company has never retired the shape (and likely never will), despite having marketed Coke in other shapes and materials.  Over the years, like a valuable keepsake stored in a vault, the shape has been retrieved and placed into service for a variety of limited launches, a recent one being a bottle made completely of ice.  The company wagered that the shape would help make an ice bottle a hot item.

The Mrs. Butterworth’s Syrup bottle.  There are many icons immediately identifiable with as many brands; however, few, if any, are leveraged as synergistically as Mrs. Butterworth, the brand dating back to the 60’s.  The name conveys the brand’s point of differentiation—a syrup with a buttery taste.  Not content to stop there, the originators (Lever Brothers, but the brand has changed ownership a couple of times) not only gave Mrs. Butterworth an image but converted that image into an amber bottle.  Next, the Mrs. Butterworth-shaped bottle became a media darling, starring in commercials wherein an animated bottle pitched the merits of the brand.  And in recent years, the brand-owner has invented a biography for Mrs. Butterworth, revealing her first name and her early upbringing, narrated—of course—by the bottle.  Originally made of glass, the bottle has sense converted to plastic; but, Mrs. Butterworth has remained the apron-clad matron, the very image of someone who would lovingly serve up a hot stack of flapjacks with rivulets of syrup flowing across the top and sides.  And speaking of flapjacks, Mrs. Butterworth has mothered product extension with its Pancake/Waffle Mix, the box prominently displaying an image of the bottle.

The Pringles canister.  Research had told Procter and Gamble that, although consumers loved potato chips they were less enamored of bags that provide minimal physical protection, are not reclosable, and are not (initially) space-saving.  Neither were consumers fond of the product-related consequences, namely, broken and rancid chips.  Did the answer reside in the product or in the package?  How about both?  The national rollout of Pringles in the mid-70’s was a textbook example of the interrelationship between product development and package development.   A saddle-shaped, stackable chip in a sealed, reclosable canister was an innovation that bestowed uniqueness on the brand.  Recognizing that consumers don’t necessarily equate uniqueness with value, P&G emphasized that a canister of Pringles contained as many chips as a comparable bag of chips; in fact, early television commercials showed two identical glass bowls being simultaneously filled to the brim, one from a bag of chips and the other from a canister of Pringles.  Years ago, Lay’s entered the stackable chips market with Stax, having chosen a plastic canister, in contrast to Pringles’ laminated paperboard canister.  Apparently undeterred by such competition, Kellogg’s acquired Pringles in 2012.

The L’eggs egg.  It might forever go unresolved, the question of: Which came first, the chicken or the egg?  But a question that has been well settled is: Which came first, wide-spread distribution of pantyhose or the egg?  Pantyhose had become popular by the early-60’s; however, it was regarded as a commodity, undifferentiated across brands.  Back then, women mostly had to purchase pantyhose in department stores.  Slowly and fitfully, distribution began to diversify into grocery stores, drug stores and convenience stores. But the Hanes Corporation recognized the benefits in accelerating that diversification.  From a combination of eureka moments and visionary marketing, in 1969, Hanes became the goose that laid the golden L’eggs.  Each plastic egg-shaped package contained a pair of tightly bunched pantyhose.  The brand name is a smart contraction of legs and eggs, with the L’ imparting a French haute couture flavor.  L’eggs had its own custom-designed store-aisle displays that gave the product shelf-impact over the competition.  Hanes innovated further with employees whose responsibility was to regularly make rounds to the various stores and restock the displays.  Hanes became the leading brand in pantyhose; and though the plastic egg is no longer used, its image has been present in every subsequent package redesign for the brand.  Unlike a real egg that can be separated into yolk and white, the original L’eggs package is so integrated into the core of the brand that the two can’t be separated.

The four awardees, in a variety of ways, demonstrate packaging’s power as a brand-builder; nonetheless, other packages could have been chosen.  I’d be interested in suggestions from readers, including those not in the United States.  Future installments of lifetime achievement awards make perfect sense; for, as the saying tells us, “Life goes on.” 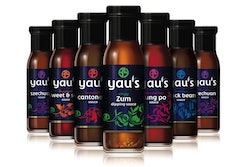 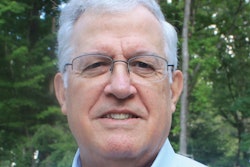