Additive manufacturing is a disruptive, game changing technology, much as was the personal computer in an era of big IBM mainframes and Digital Equipment Corporation mini-computers. 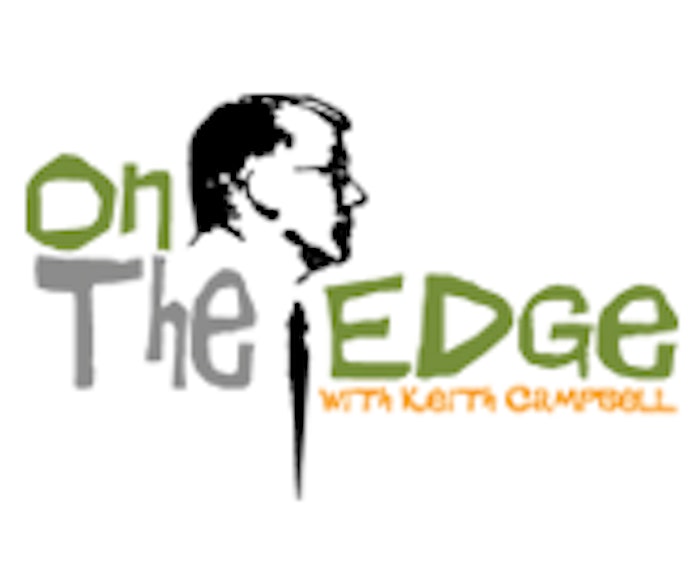 Additive manufacturing is not about making prototypes at work or custom cell phone cases at home.  Additive manufacturing, sometimes referred to as 3D printing, is a disruptive technology still in its infancy.  (3D Printing is the tool, additive manufacturing is the process)  Unlike many technologies, additive manufacturing is on a rapid trajectory because it is being driven both top-down and bottom-up at the same time.  The department of defense has been investing in the technology for over 15 years, driving it from the top down to fulfill the promise of being able to manufacture anywhere.  Your enemies can't target that.  Middle school and high school students are driving it from the bottom-up, using 3D printers in the classroom to make parts for science fair projects and building printers at home in their garages using open source plans and inexpensive kits.  In the middle is the work being done on commercial printers that are available for costs ranging from hundreds to hundreds of thousands of dollars.  Today, 20% of the 'printout' from these machines is final product, like that seen in the Schneider Packaging machine on display at Pack Expo.  For now, the remaining 80% is for models, prototypes, toys, experiments - but only for now.

The vision of being able to manufacture anywhere is not a new one.  DOD, NIST, educators and industry have been working on this for decades with conventional subtractive manufacturing. A goal of the OMAC Machine Tool Workgroup (elder sister of the OMAC Packaging Workgroup) was to develop the machine-independent capability of being able to download a CAD design file and have it manufactured on a CNC machine center anywhere, no matter whose machining center it was.  Competition and proprietary systems being what they are, that vision has yet to be realized in practice.  The National Center for Defense Manufacturing and Machining, a multi-agency public / private collaborative, has an opportunity through the National Additive Manufacturing Innovation Institute to get ahead of this challenge for additive manufacturing by early development of standards that will permit printing parts on any capable printer from any CAD design file - maybe.

I can think of two other technologies in my lifetime that had the benefit of bottom-up development.  Both became societal game changers.  The first is radio and TV.  The original 'radio shack' was a shed in someone's yard where local kids could erect an antenna, build radios from scrounged parts or kits and get on the airwaves with other kids around the globe.  Amateur radio grew from this movement (actually before I was born) and resulted in a skilled workforce ready to take what they had learned in the shack and apply it to real things like radar, broadcast radio, TV, satellite telemetry and eventually cell phones.  The other bottom-up development was the personal computer.  While IBM and Digital Equipment Corporation were basking in the profits of mainframes and mini-computers, some kids and college dropouts got together in garages around the country and started building their own computers, again from scrounged parts or kits.  All of a sudden, Apple appears, and becomes the basis of societal-scale change that we are still experiencing. These kids that started in their garages went on to change the way we build everything from cars and industrial controls to toys and toasters.

Additive manufacturing is in the stage right now where kids are building 3D printers in their garages.  The first one may require purchasing a kit.  The second one can be partially printed by the first.  High school students have become manufacturers almost overnight, paying off their first investment in capital equipment in 3 days.  Robert Morris University reports that for under $500, they can convert any high school CNC machine to be a digital printer operating with G-code programs.  For the last three years, the science and engineering fairs that I have judged have all had projects that used parts that the students printed in the classroom.  These kids take parts printing for granted - in their frame of reference, it has always been done that way - and they are just about ready to take that attitude into the workplace.

Whoa, you might say!  These parts are not much more than plastic toys.  Not true.  Aircraft manufacturers are already printing airframe-qualified parts.  GE has plans to print fuel nozzles for jet engines.  Metal parts are already being printed, and strength is bound to improve.  Live cells have been printed to make living tissue.   Hollow parts can be printed.  Try that on your CNC. Could it change the dynamics and design of a machine if a shaft had varying density along its length?  What about a single part that had one chemical composition at one end and a different composition at the other?  What about being able to design and print prosthetics for children from light weight materials and then telling the printer to print out a new one at 120% scale as the child grows?  Even better if the parents could just take the design file to Kinko's

Finally, think about changes to the supply chain.  Now we conceive, design, engineer, produce, warehouse and distribute products.  Suppose that we conceive, design and engineer a product and then turn the production over to the customer and eliminate the warehousing and distribution.  We used to depend upon buildings full of printing presses to print our newspapers that were put on trucks, delivered to our town and brought to our door by a delivery person.  Now we get up and turn on our IPAD and if there is something we need a copy of, we use Airprint to print it out at home in full color.  Why can't we do the same when we want a new pair of shoes?  That eliminates the specialized shoe making machines, the operators of those machines, the packaging machines and the packaging materials, the warehousing, the distribution and the retail store.  We might not start out with full leather uppers, but I bet it won't be long till I can print my Croc's at home!

I am convinced that within my childrens' lifetimes, additive manufacturing will have been as disruptive as radio and PC's.  Think about it.