The food label is the town square of America. It’s a great place to find out what’s on the minds of American consumers.

And from time to time the suggestion is made that new food labeling rules are needed because consumers’ interests or marketers’ claims are resulting in consumer confusion or even the occasional false or misleading claim.

In the minds of a few legislators, this is one of those times, and so we have the proposed Food Labeling Modernization Act of 2013, HR 3147. The bill calls for both a simplified nutrition symbol program as well as detailed new requirements on a broad range of topics.

It was introduced in September by Representatives Pallone (D-NJ) and DeLauro (D-CT), and has been referred to the Committee on Energy and Commerce. It could lead to dramatic changes to food labels, and lots of work to get into compliance. It has the full support of consumer advocacy group Center for Science in the Public Interest (CSPI).

Discussing proposed legislation is a little like trying to pick the winner of the Super Bowl before the football season starts. Still, if even only some of these ideas make it to law, it would mean important changes on the food label. Also, the bill is a good inventory of what’s on the minds of legislators and activists who don’t like today’s food label.
The proposed bill would:
• require FDA to work up a ‘front-of-pack’ symbol program to summarize a food’s calorie content and nutrient information in a way “that reflects the overall nutritional value of the food or of ingredients FDA will specify;”
• add new requirements for label claims about whole grain and whole wheat content, ‘natural’ (no synthesized ingredients, no ingredients that have “undergone chemical changes, such as corn syrup, high-fructose corn syrup,”) and others, and ‘healthy’ (revise current regulations to account for added sugars or whole grains), and related terms;
• add to the Nutrition Facts panel a statement of the percentage of recommended daily calories the food provides and change the serving size rule to require food packaged ‘in an amount that could reasonably be consumed in a single-eating occasion’ to base nutrition details on that amount;
• change the ingredients listing requirements dramatically to require new formatting to improve readability and ‘to assist consumers in maintaining healthy dietary practices;’
• require ‘sugars, non-caloric sweeteners, or sugar alcohols’ to be grouped together in the ingredient listing;
• add new restrictions on when claims about a food’s content of trans fat can be made, and add requirements about trans fat disclosure to claims about cholesterol and saturated fat content;
• provide for a separate statement of caffeine content if a food has more than 10 milligrams of it per serving;
• make foods that contain coloring, non-caloric sweeteners or flavors—natural or artificial—to prominently say so on the principal display panel (front);
• provide more guidance to industry on what’s required for substantiation, or proof, of claims of effect on the structure or function of the body, and allow FDA to demand the supporting documentation;

Some of the ideas sound familiar, perhaps because they have been floated before by CSPI. Some of the concepts addressed have been the centerpieces of recent class-action civil suits accusing food makers of having false or misleading labels, most notably the controversy over what is and isn’t a ‘natural’ food ingredient.

That idea of a standardized front-of-pack symbol system has been tried by various marketers in voluntary programs.

The last big legal change for food labels was in 1990, when the Nutrition Labeling and Education Act gave us Nutrition Facts boxes, and nutrient content and health claims, among other changes.

After that law was passed, as FDA made regulations to govern when and how health claims and nutrient content claims could appear on labels, industry representatives warned against the perils of conveying to consumers that a food was simply ‘good’ or simply ‘bad,’ since virtually all foods have some nutritional or health value. So the goal was for the label to convey the food’s attributes, in all their truthful complexity. Industry and others believed the emphasis on providing lots of detailed information to consumers would avoid oversimplifying.

Now comes a bill that still calls for food packagers to provide detailed label information to consumers, and even adds some, but at the same time provides for simplification by commanding FDA to come up with a front-of-pack labeling program using symbols.

It will be interesting to see what, if any, aspects of this bill’s blend of complexity and simplification have traction enough to become law. 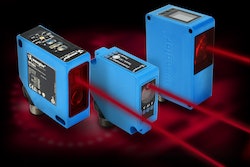 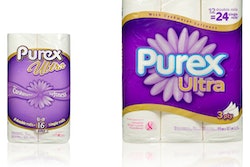 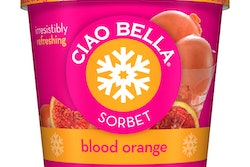 Consumer research and its limitations