Keep staring at the stats until they tell you something

I called up the editor of Packaging World and said, "Got any exciting ideas for my column in June?"

I called up the editor of Packaging World and said, “Got any exciting ideas for my column in June?”

“The FDA enforcement figures are out for last year, and you write about those stats each year,” he said. I was afraid he would say that.

“Yeah,” I whined, “but I never know what to say about them. I summarize the numbers and always end up cracking wise about how it’s hard to see trends or reach conclusions.”

“On TV, every five minutes there’s a political expert, or a financial guy, or a government woman, or a reporter type, and they’re never at a loss for opinions. They read some statistics, compare them to each other, and explain why it means the end of the world. What’s your problem?”

“Well, I’m not sure the level of discourse on TV is what I’m aiming for. If I offer insights, I want them to be meaningful, not just loud. And these fiscal 2012 statistics don’t seem to be telling me much.

“For example,” I continued, “it’s logical to start by comparing the fiscal 2012 stats to fiscal 2011’s. Well, you got about the same number of injunctions (17 vs. 16), ho hum, the number of seizure actions was down, from a count-on-both-hands-and-a-foot 15 down to a less-than-both-hands 8. Not sure what that means, other than what it always means: FDA doesn’t gear up and goes after companies in seizure or injunction cases too often.”

Editor: “Maybe they’re getting voluntary cooperation from lots of companies when problems come up, so they don’t have to use seizures and injunctions.”

“How about the number of Warning Letters?” pressed the editor. “You’re always going on and on about how significant those are as an insight into FDA’s enforcement moods, how they usually induce companies to fix what might be wrong, and how reading them gives you lots of clues about how FDA interprets the law and regulations, and…”

“Not really. It’s mostly tobacco: 4,146 out of the 4,882 Warning Letters were about tobacco violations, things like businesses selling cigarettes to minors. Remember, the law got changed to give FDA hot new powers over tobacco products a few years ago. That number of Warning Letters about tobacco violations is way up from 1,040 the prior year. But the numbers for FDA’s real core regulated products haven’t changed dramatically. Foods, 335, up from 324, drugs 95, down from 108. There was sort of a dramatic increase in Warning Letters about medical devices: 210, up from 175.”

“Yes, and we do know that the Food Safety Modernization Act gave them new powers and even new money for increased inspections, and even though they feared last month that the budget sequestration would require them to cut back, turns out they won’t. And that new Act also allows them to order food recalls, suspend a food company’s registration, or seize products more quickly, when they think there’s a threat to health. And it ordered most food companies to cobble up preventive controls systems, similar to Hazard Analysis and Critical Control Points programs, so as to keep outbreaks from happening in the first place, rather than remedying them afterwards. That new law, plus the Reportable Food Registry, has really changed life for lots of food companies.”

“That Reportable Food Registry, that’s the thing where you have to make an online report of a potentially dangerous food within 24 hours of discovering it – pretty tough,” replied the editor.

“Yes, plenty tough. It really puts the pressure onto a food company to act quickly when it thinks it finds a serious problem, even if the food involved isn’t from their factory. In its third year of operation, says FDA, there were 224 primary reports, similar to the 229 and 225 in the first two years. The biggest cause of reports in the third year is undeclared allergens in food, accounting for 85 reports, up from 75, followed by Salmonella contaminations, 63, then Listeria at 48.”

“So, with a new food law toughening up FDA and adding new obligations for food packagers, it’s an active time in the world of food safety, right?” asked the editor.

“I guess so, but it’s just that FDA’s enforcement statistics might not be the best way to tell.”

“Maybe you’re right after all. Whose idea was this column?” And with that, he ended our conversation.To see more charts summarizing FDA fiscal 2012 enforcement data go to www.bit.ly/pwe00489. 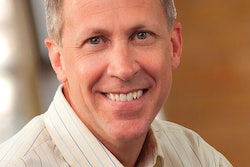 The key to profitable packaging innovation 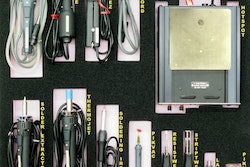 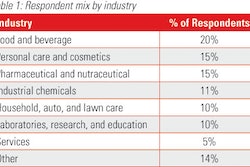