Live from Smart Pack 2019: Technology in Use

Anne Marie Mohan
The largest deployment of NFC tags for a CPG product, a new promotion from Kraft Foods will launch next week.

At Smart Pack 2019, a new event produced by Smithers Pira and held in San Diego Sept. 11-12, presenters agreed: one of the biggest challenges with new smart and active packaging technologies is determining ROI. In fact, it may never be possible to put an ROI behind implementation of a smart tag, label, or other technology because its benefits can accrue throughout a product’s full supply chain.

One of the best way to demonstrate these advantages, however, is real-world case history examples of smart technology in action. At the show, attendees were treated to details of a few recent implementations.

Working with WestRock, GSK is employing smart technology in a pilot to differentiate its Flonase spray from the vast number of products crowding the OTC allergy medicine shelves. The solution is incorporated into an endcap with an LCD header that provides up-to-date information on local weather and pollen counts, sourced daily from IBM Watson.

Also incorporated in the display is a QR code that allows consumers to access the allergy index information after they’ve left the store, as well as a camera capturing demographic, dwell time, and engagement data used later by GSK to better understand the effectiveness of the display and their customer.

According to Hannah Fallaw, Innovation Manager at WestRock, among the learnings:

As Jeffrey Loth, Global Packaging Manager of Microsoft explained, Microsoft is both a user and provider of smart technologies. For its own use, the company has done several tests with QR codes on its PC accessory products in its stores that link to existing YouTube content. Loth called it a “baby step” for Microsoft in its experimentation with smart packaging. He said the use of the code not only provided the in-store employees with education on the product, but it also gave them a point of engagement with consumers.

For a its new HUB interactive whiteboard product, Microsoft has added QR codes to the packaging that link to videos that help users install the product. “We see this as an area where we want to go,” said Loth.

The largest deployment of NFC tags for a Consumer Packaged Goods product, a new promotion from Kraft Foods will launch next week that provides consumers with cheese-based recipes and the chance to win $50 instantly in-store through an NFC label on its Kraft Singles Cheese. The recipes will change depending on the weather and the region of the country in which the consumer is shopping.

The goal was to drive sell-in and display space at Walmart. John Galinos, President and CEO of TPG Rewards Inc., shared how his company developed the project with tags from NXP Semiconductors. “Kraft was looking for increased sales,” said Galinos. “The key to greater sales is to have greater display space. We had to convince Walmart to give them more space.”

The project required several million tags—the 1 million needed for the packages, and additional required in the case of damage. Galinos said the most difficult part of the project has been the execution.

While Kraft has already achieved its goal of getting greater sell-in and display space at Walmart, the tags will also enable Kraft to gather data on its customers, providing another benefit to the implementation. 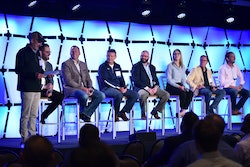 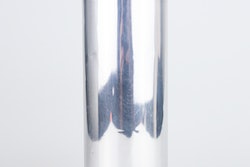 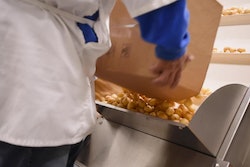