Part I: Independent brewers bristle at prospect of acquisition

This year marked the 34th edition of the Craft Brewers Conference & Brew Expo America (CBC). Put on by the Boulder, CO-based Brewers Association (BA)—a not-for-profit trade group representing America’s small and independent craft brewers—the event drew 13,300 brewing professionals and 900 exhibitors to the Washington, DC, Convention Center. To get a sense of how the craft brewing movement has grown in recent years, the last time this event was held in the nation’s capital, in 2013, it drew 6,400 attendees and 440 exhibitors.

Comments made in the April 11 first general session at CBC reveal that this crowd is not only committed to making good beer, it’s determined to defend its members against the likes of Anheuser-Busch InBev and MillerCoors. BA Chief Executive Officer Bob Pease, for example, described recent acquisitions of small breweries by these two brewing behemoths as a “deliberate effort to eliminate the differentiation between small and independent craft brewers and those owned by larger conglomerates.” He emphasized the importance of the four pillars that have been the underpinning of the craft brewing movement for many years now: independence, authenticity, collaborative spirit, and community-mindedness. “These values are in your DNA and ours too,” said Pease in his general session comments. “And consumers—America’s beer drinkers—know that.”

The day before the Tuesday general session, 233 BA members participated in the CBC Hill Climb, talking with Congressional staff about legislation important to the brewing community, including the Craft Beverage Modernization and Tax Reform Act. Introduced at the beginning of the 115th Congress, this legislation would lower the federal excise tax paid by craft brewers. This recalibration of the tax rate, says BA, would allow brewers to reinvest in their companies, creating the opportunity for more local manufacturing jobs. This kind of involvement in government affairs, said Pease, is crucial. As he put it, “If you don’t have a seat at the table, then you are probably on the menu.”

Equally feisty in his remarks was Rob Tod, founder of Allagash Brewing Co. of Portland, ME, and currently chair of the BA board of directors. “We should be gravely concerned when we hear themes like ‘independence does not matter to the beer drinker,’” Tod told his audience. “For the sake of beer, we need to tell our story and keep the steering wheel for beer in the hands of the small and independent brewers.”

While the general session and various other conference proceedings were popular in their own way, it was the BrewExpo America portion of this event that delivered the biggest bang for the buck. It was here at the booths of the 900 exhibitors that brewers were able to evaluate all the new machines, materials, ingredients, and services that are available to them these days. No account of this vast array of items can hope to be comprehensive or all-inclusive, but the next few editions of this newsletter will share some packaging-centric points from the conference that should be of interest. 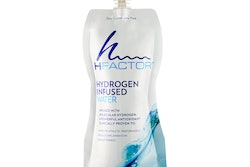 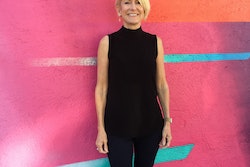