For packaged goods, the most utilized mode of transportation is trailers (enclosed vans, dry or refrigerated) and their loading and securing affect costs and efficiencies throughout a supply chain. That generalization, alone, is justification for a corporate policy governing the loading and securing of trailers; however, specifics make a strong argument stronger.

The Federal Motor Carrier Safety Administration's (FMCSA) Cargo Securement Rules are published in 49 CFR (Code of Federal Regulations). The Rules establish requirements for the loading and securement of cargo in commercial over-the-road vehicles; even so, the requirements are general and minimal, granting shippers and carriers wide discretion regarding their choices of methods. As for loading, compliance mandates that the cargo be positioned inside the trailer in a manner that achieves even distribution of the cargo's weight; and, as for securing, compliance mandates the use of restraints that prevent the shifting and toppling of cargo.

The Rules are meant to prevent highway accidents resulting from the transportation of cargo that has been inadequately loaded and secured, accidents ranging from cargo escaping the trailer to the trailer overturning. The possibility of injuries and fatalities hardly needs to be stressed.

While every shipper of packaged goods must comply with the FMCSA's Cargo Securement Rules, each shipper should be cognizant of the variety of negative consequences, other than highway accidents, that can result from inadequately loaded and secured cargo.

Consider this sequence: a trailer arrives at destination; someone at the dock opens the trailer's doors in preparation for unloading; and, to everyone's dismay, the cargo is a jumbled mess. It's a sequence played out all too frequently within supply chains everywhere. The initial concerns likely would be over the condition of the cargo, how much of it is recoverable; however, even under the best-case scenario of 100% recoverability, there are consequences to pay.

First among those consequences is the increased time and labor expended because of the extra handling. An example is the manual reassembly of unit-loads so that they can be handled mechanically. Additional to the costs, efficiencies can take a big hit, especially with cross-docking, given its reliance on cargo coming in, being combined with other cargo, and going out, all in quick fashion.

Sometimes the consignor and the consignee (shipper and receiver, respectively) are the same corporation; for example, a plant ships to its own distribution center. When it's an internal affair, the corporation might grimace and bear it, an ill-advised reaction under any circumstance but one that never should be indulged when the consignee is a client, such as a retailer. Sure, a client can charge a shipper for the added costs associated with the receipt of tipped cargo, but the client would prefer not to have to do so. Reimbursement notwithstanding, the shipper's greater cost can be a damaged reputation in the eyes of the consignee.

Tipped cargo is a hazard when it's resting against the trailer's doors and falls out and onto the person who opens those doors. Sometimes the victim is a dock worker at the receiving facility and other times the victim is a truck driver; regardless, the result can be injury, even death. Such incidents can damage workers' morale and invite OSHA investigations and civil lawsuits.

Anyone who opens a trailer's doors would be wise not to assume that the cargo is intact and to perform the opening in a cautious, step-wise procedure, something that truck drivers, in particular, are trained to do. It's still possible for the weight against the doors to be great enough to cause the doors to fling open with a force and suddenness that outmatches a careful person's strength and reflexes. Whereas caution should always be the byword for anyone who opens a trailer's doors, it doesn't relieve a corporation from taking all reasonable measures to minimize the occurrence of tipped cargo.

Tipped cargo easily can cause friction between shipper and carrier and discord within a supply chain never is a good thing. Loading and securing are separate although interdependent activities; furthermore, either one can be performed by one of the parties without relieving the other party of responsibility. It should come as no surprise that relations can become frayed.

When loading is performed at the shipper's facility the adequacy of the loading is the responsibility of the shipper, right? Yes, but not unconditionally because a truck driver is not suppose to drive off with the cargo unless confident that it has been properly loaded.

When the truck driver performs the securing of the cargo, that person (and the carrier) is responsible for the adequacy of that task; however, in a considerable number of instances the driver has no hand in the securing of the cargo. That's the case when: a tractor-trailer arrives at a shipper's facility; the driver disengages the tractor from the trailer; the driver drives away in the tractor; the trailer is loaded, secured, and sealed; and, lastly, a driver in a tractor comes, engages the trailer and drives off with the cargo.

Under the preceding scenario, the truck driver does not witness the loading and securing of the cargo; not only that, the driver can't check the adequacy of those operations because the trailer is sealed (the seal is not to be broken until arrival at destination). Even when a driver waits at the shipper's facility during loading and securing the driver still might not be able to witness those activities. Because of liability concerns many shippers declare inside the docks off-limits to drivers, assigning them to designated waiting rooms.

When the shipper performs loading and securing outside the witness of the driver and the trailer arrives at destination with tipped cargo, then what? It depends on the extent of cargo loss; if great enough, the shipper might file a claim with the carrier, alleging an inordinately rough ride. But a carrier (especially in the absence of recorders that could document a rough ride) might allege inadequate loading and bracing (inadequate packaging might also be alleged). To protect themselves, some carriers instruct drivers who don't witness the loading and securing to designate on the bill of lading, "shipper load and count," as a denial of responsibility for those activities.

Protecting cargo, people, and carrier relations protects the bottom line, the summarizing reason for a corporate policy for loading and securing cargo in trailers. The components of such a policy will be addressed in Part-2 of this article. 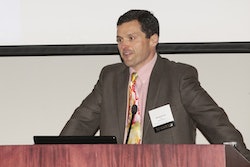 10 questions for the future of medicine, circa 2024 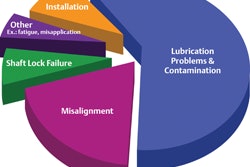 Are bearings making you spin your wheels? 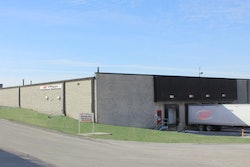