New regulations, the global food supply chain, changing science, consumer expectations, the Internet-enabled speed with which illnesses are reported and other factors all play a role on equipment upgrades.

Dr. David Acheson
Many factors are driving change in the food industry, not the least of which is impending new regulatory requirements that are part of the Food Safety Modernization Act (FSMA). However, food companies are currently being driven by a whole lot more than compliance with new regulations.
Pressures that food manufacturers and producers need to pay attention to are legion, including:
These are among some of the major factors driving upgrades in food processing and packaging facilities. Let’s take a closer look at these factors:
Reliance on a global food supply chain.
In the U.S. alone, there are more than 170,000 food manufacturers, processors, and distributors, about 2 million farms, and about 1 million restaurants and foodservice outlets. Every one of them is driven by safety, quality, and compliance. The FSMA is only the latest regulatory "stick" in a long progression of technologies, standards, best practices, and a mix of mandatory and voluntary guidelines.
In the U.S., 15% of the food consumers eat is imported from more than 150 countries and territories. This includes about 80% of seafood and more than half of the fresh fruits and vegetables. Import shipments of FDA-regulated products, for instance, have been growing at 13% annually. The country is dependent on imports, not because it has lost the skill to produce these foods domestically, but because it's more cost-effective to import them.
Changing science that is connecting illness with foods more than ever before.
The science of food safety is changing. There are some who hold views like the small business owner who says, “I don’t need to worry. We’ve been making this product the same way for 50 years, and I’ve never had a problem.” Just as likely, he’s never had a problem because he’s never gotten caught. Times—more properly, science—have evolved to uncover sources of risk.
For example, 2007 marked the first Salmonella outbreak linked to peanut butter in the U.S.
The product was found to have heightened risk in the post-processing stage, after roasting and grinding and prior to packaging. Advances in science have identified many more sources of risk. In addition to peanut butter, these also “low-risk” foods have been linked to new U.S. outbreaks of foodborne illness since 2006:
How has the science of food safety advanced? Recent years have given rise to the use of molecular tools and modern genetics to “connect the dots” between multiple reports, and to link illnesses with their causes and sources. Along with this capacity has come a greater ability to measure lower levels of chemicals and pathogens; greater fidelity of epidemiology to understand the characteristics, causes, and distribution of food safety incidents; and improvements in genetic testing.
In turn, Class 1 food recalls—defined by the FDA as having “a reasonable probability that the use of or exposure to a violative product will cause serious adverse health consequences or death”—were reduced for Salmonella from 43% in 2010 to 21% in 2011. However, allergens remain in the industry’s and regulators’ crosshairs as an area of much attention.
Industry measures to prevent incidents and to promptly address them once they happen are critical in risk reduction. One of the critical factors in achieving such results is the development of new and better equipment systems and automation applications.
Consumers who expect great quality at low price with zero risk.
onsumers expect top quality at low prices with zero risk, and demand that supermarkets, which stock tens of thousands of SKUs, deliver that variety of foods all year round, without regard for the seasonality that once governed food choices. They have zero tolerance for unsafe food and place primary responsibility for safe food on the producer.

The propensity for both mainstream and social media to weigh in on food issues.

From traditional print and TV outlets to Internet outlets such as social media, reports of recalls reflect consumer concerns and amplify them. The media tend to focus on food safety, partly because of consumer concerns and partly because recalls present a readily available source for stories. As a result of media reports and public awareness, a food safety incident has great potential to damage a brand.

Sometimes, the media and the “blogosphere” can take food safety concerns to an unfair extreme. The scare over “pink slime,” for example, was purely a media creation. This was simply a meat protein processed to separate out the fat, used for many years for products including hamburger patties. The product and process were safe—arguably safer than other meats for the heat process used—but the term went viral, and consumer pressure effectively resulted in the 2012 shutdown of several plants producing it.
While it’s impossible to eliminate all irrational fears and sensational headlines, it is possible to reduce them by stepping up efforts to prevent brand damage, and greater food safety is the primary way to do this.
New regulatory requirements.
Ensuring food quality, food safety, and compliance go hand in hand to help companies protect the public as well as their brands. New regulations play a key role in driving food companies to upgrade their equipment.
As food companies step up their efforts, the additional regulatory oversight and authority granted to the government adds additional pressure to ensure the safety of the food supply.
The increasing number of recalls for allergens and the rising numbers of warning letters from the FDA are testimony to both new recognition of problems and ramped-up enforcement actions. Some of the key areas that are creating concerns for the manufacturing and processing industry that can be addressed by equipment and packaging manufacturers include:

Failure to pay attention to controlling risk around these critical issues can and does result in significant negative brand impact, which has to be protected by balancing safety, quality, and compliance.

About the author: In addition to his role as CEO of The Acheson Group, the author has served as Associate Commissioner for foods at the U.S. Food and Drug Administration and as Chief Medical Officer for the FDA’s Center for Food Safety and Applied Nutrition. 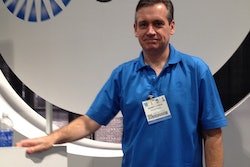 GE stresses the executive-level imperative of the industrial Internet 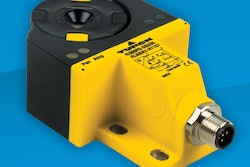 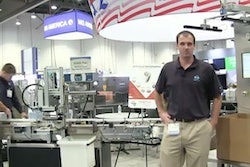