How to build better packaging lines by leveraging standards organizations

The Automation Conference, held in Chicago May 22-23, was characterized chiefly by two things: networking opportunities extraordinaire and great speakers.

The Automation Conference, held in Chicago May 22-23, was characterized chiefly by two things: networking opportunities extraordinaire and great speakers.

One of the keynote speakers was Paul Redwood, R&D equipment engineering manager at Church & Dwight, whose presentation was titled “Getting the most from your interaction with standards organizations.” Redwood is a relative newcomer to the OMAC Packaging Workgroup, but in pretty short order he’s come to understand the benefits that his company and others engaged in packaging would reap if a standard like PackML were more widely adopted and implemented. Redwood has also rolled up his sleeves where the PackML Committee work is concerned by heading up the PackLearn team. Here are some of Redwood’s tips and observations about standards, controls, automation, and the places where all three intersect.

• Anyone trying to drive standards through their organization needs a dose of encouragement because there are times when they are likely to find themselves quite bewildered.

• Get involved. Recently we held our first-ever public workshop at our Princeton, NJ, headquarters. It was a risk assessment workshop held in conjunction with PMMI. Fred Hayes of PMMI was key in setting it up, and Bruce Main from Design Safety Engineering helped deliver the training. A key part of that training was the PackSafe software tool, which really facilitates doing a risk assessment and gets you to the decision-making points very easily. So I recommend you look at that tool because it will help you get involved with standards organizations.

• Too many of us in the manufacturing sector have a broken relationship with standards organizations. We tend to reach out to them in a crisis. Or they reach out to us in a crisis. A better relationship with standards organizations would be a good thing. To use an automobile analogy, they are not a GPS. But they are a regulatory and technical compass, for both voluntary and mandatory standards. Why not make better use of this compass?

• Coping with the sometimes bewildering world of standards is partly a people issue, so make sure your FAT people are out in front, people who are:

- Friendly/Faithful: dealing with standards issues and standards bodies requires a lot of patience and perseverance

- Available/Accountable: You may need to go find accountable people and task them with the responsibility of interfacing with critical standards bodies

• Church & Dwight recently built a new plant with four new packaging lines. It represented the largest capital spend in the company’s history. Our ESP (Engineering Services Provider) came into the mix and installed a supervisory PLC with line integration and conveyor control. The project was pretty much buttoned up, no issues. Then we worked with a different ESP on another line in the same facility, and they framed the conveyors as equipment centers, just like filler, capper, or case packer. We went with the same standard conveyor as we did for the other four lines, but now you had a PLC with an extra layer, and it was proposed as best practice. Along comes yet another project in a different plant with a different project team but the same ESP. But when we started having discussions about them using programming similar to what was being used in the other plant, all kinds of reasons why it couldn’t be done suddenly popped up. It was at this point that PackML surfaced as a solution. It allowed us to execute a vertical startup, paved the way to training that was free of complexity, and made troubleshooting significantly better than the previous case with the extra control layers. It was a dramatic way for us to appreciate the benefits of working with a common standard when it comes to integrating packaging machines in an efficient manner.

• When it comes to controls and automation and new lines, be on the lookout for two things. First, beware of an ESP that wants to “audition” their programming capabilities. And second, pay close attention to Total Cost of Ownership. Don’t just compare price tags and say okay, let’s roll.

The Automation Conference, sponsored and produced by Automation World and Packaging World magazines, will be held again next May in Chicago. Speakers are now being sought for this unique educational event. If you are a speaker candidate or know of someone you’d like to recommend, contact me at Pat Reynolds 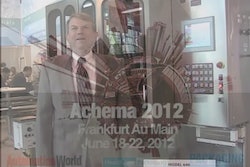 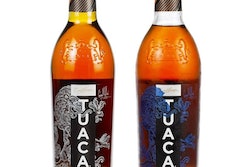 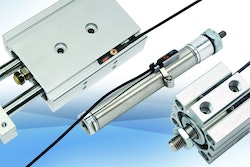