Will voluntary guidelines for packaging source reduction be enough?

As the 2008 presidential election approaches, there are a growing number of people in the packaging community who believe that some type of mandated federal collection and recycling program may be implemented depending on who becomes the next president. It is difficult to predict how this could play out, but we thought it would be interesting to provide an example of how a mandatory program works.

Perhaps the most developed packaging collection and recycling program in the world is the Duales System Deutschland (DSD) in Germany. It was established in 1991 to provide a system of collection for metal, plastics, beverage cartons, and flexible packaging. The DSD worked with local partners (private waste collection companies and numerous municipalities) in each Land (State) in Germany to establish the Yellow Bin and Bag Kerb-side collection. This system is funded by a licensing fee paid for by consumer product companies on each individual package that is sold at retail in Germany. The German government established the DSD and developed the entire infrastructure. It then sold the DSD to the private equity firm KKR. The DSD is quite successful and will generate licensing revenue of about $1.8 billion U.S. in 2007. In addition, the sorted materials have a significant value when sold back to processors.

After KKR purchased the DSD, the Government decided to permit other competing companies to operate in Germany and now there are 9 companies altogether that are authorized by the German government. (Some are national and some regional, but all are expected to be national by the end of 2008.) The DSD is the largest system and has more than 60% market share, but their share is gradually declining due to increased competition. The DSD puts a Green Dot on the packages its licensees use and the other competing firms each have their own distinctive logo. Every consumer package must have an authorized logo in order to be sold at retail in Germany.

The fee paid by the consumer product companies varies depending on the material used and is based on a charge per kilogram of packaging material used. The sliding scale is calculated to reflect the sorting costs and the recyclabiilty of each material. The DSD’s current rates for its Green Dot program, as of January 2007, are shown in Figure 1.
As can be seen, the rates charged by the DSD actually declined from 2006 due to the success of the system and the increased competition. The rates charged by most of the competing firms are generally less than those charged by the DSD. All of the firms use the same collection system, but they are responsible for sorting and recycling all of the packages with their respective logos.

According to Mr. Norbert Völl of the DSD, the system has been a remarkable success in increasing household packaging waste recovery rates from under 38% in 1991 to over 75% today. During the past 15 or so years there has been significant investment by private waste management companies in new technologies to sort waste effectively and separate it into clean identifiable materials that can be effectively re-used/re-processed.

Where will the next president of the U.S. come down on the issue of recycling? Tough to say. In the meantime, we applaud the efforts being taken by Wal-Mart and others, and believe that the more strides that can be made in packaging waste source reduction through voluntary programs, the higher the probability is that the Government may decide that it does not need to intervene.

Barry Goldberg is president of TAPPA Group International, an international marketing consulting firm. David Johnson is managing director of Strategic Development and Effective Business Support, a UK marketing consultancy that is TAPPA’s European affiliate. TAPPA can be reached at tappa2@aol.com. 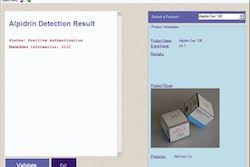 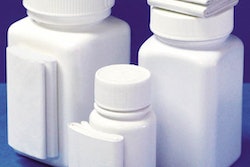 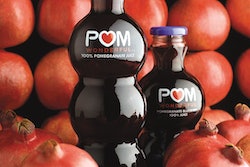