A new 12-pack paperboard can multipack has won the coveted Structural/Technical Innovation award in the 2001 National Paperboard Packaging Competition, sponsored by the Paper-board Packaging Council (Alexandria, VA). Called the DuoStrap®, the Mead Packaging (Atlanta, GA) carton has already received patents for its integral handle and also for its can roll-out dispensing device.

The package was tested last summer for Sprite and Diet Coke packed by three Coca-Cola plants: independent franchisees in Philadelphia and Sacramento and a Coca-Cola Enterprises plant in Columbus, OH, according to Glynn Grisham, director of Coca-Cola systems for Mead Packaging. Repeated calls to Coca-Cola were not returned. The box is made of 18-pt coated natural kraft, and the Coke version was printed flexo in four colors plus varnish.

According to Aaron Bates, Mead’s manager of package design, the multipack project was initiated in ’98, and the company waited until it had both of the patented features and a quick-open panel all ready for a single package. “We wanted to have all the bells and whistles, and Coke was excited about these innovations,” Bates says. After extensive in-house and road testing plus focus groups, samples were provided to Coke for its own consumer testing.

When it went commercial, the package was in the market for four to five months last year, says Grisham. In the past, he says, converters had to add “caliper or extra inches” of board to the package to achieve a handle of this quality. He believes that Coke will revisit this package once its current promotional schedule has been completed. (AO) 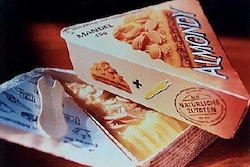 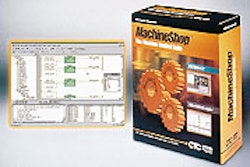 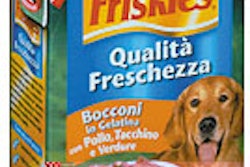