New distribution packaging might be green, but that doesn’t mean it can do the job.

The purpose of distribution package testing hasn’t changed: to measure the packaging’s ability to protect against the hazards of the distribution environment. What has changed, though, is that the quest for greener distribution packaging is mandating that testing be performed with greater frequency and increased precision.

Greater frequency is a mandate stemming from a core concept of sustainability, namely, that sustainability is never achieved once-and-for-all, but rather is approached through constant, incremental improvements. Distribution packaging (a.k.a. transit packaging) is more than just a corrugated box and interior packing, for example. It includes pallets, slip sheets, strapping, films, netting, returnable containers---even methods of blocking and bracing within the transportation vehicle. Any greener version of any component should be tested for its effect on overall distribution packaging performance.

Increased precision is a mandate owed to the fact that sustainability and profitability are dual, simultaneous pursuits; hence, the objective of sustainable distribution packaging should be protection and overall performance at optimal cost and at a level valued by the consumer. It equates to increased revenues and reduce costs, and therefore to increased profits.

Traditionally, distribution package testing has been performed less frequently than testing associated with the design and function of the primary package, the simple reason being that new or redesigned primary packages come down the pike more frequently. By contrast, it’s common for the same shipping box to accommodate a variety of primary packages.

No damage, so why test?

As such, there’s a built-in disincentive to change the distribution packaging, once a company believes that it has packaging that performs reasonably well in that capacity. That translates to a disincentive to conduct further distribution package testing. Additionally, some companies don't test at all: Why incur unnecessary costs in the absence of unacceptable damage levels?

Benefits exceeding costs is what every company wants whenever those two factors are evaluated; however, regarding distribution testing, the evaluation isn’t always carried out as far as it might be. A major reason is that distribution packaging often is regarded as insurance against the unknown contingencies of the distribution environment. The thinking is, better to have a cushion (literally and figuratively), especially in consideration of the loss of goodwill that damaged shipments can produce.

For years, the adage has been recited by graphic designers to convey that a clean, uncluttered design communicates more effectively than one that’s crowded. The phrase also lends itself to sustainability, the idea being that less packaging means more eco-friendliness. Consequently, even a company with a successful record of source reduction will face constant pressures to achieve greater sustainability.

Pressure from whom? A host of stakeholders, to be sure, but strong among them is the retailer, as Wal-Mart’s initiatives in that regard demonstrate. Retailer demand for less is not limited to disposal preceding display. Selling from the pallet—the staple of club-store merchandising—is also gaining presence in nonmembership venues. The practice demands less distribution packaging, which not only facilitates disposal, but also floor display and consumer access. And regarding products that are retailed by the case, the distribution package must not appear any worse for wear, since consumers are loath to buy anything visibly blemished.

On the other hand, designers of distribution packaging long have had their own take on the adage. To them, less packaging means more damage. It’s true, of course, but only after a certain tipping point. Easy to say; however, establishing that tipping point can be quite a challenge.

Compounding the challenge is that sustainability’s interpretation of less is more applies to the primary package, too, conceivably making it more in need of greater protection from its protective “big brother.” Further complicating things is that many types of products are being designed/redesigned for sustainability by reducing the amount of materials in them. However, if the new design increases product fragility, it places more demands on the distribution packaging. This underscores the importance of fragility curves and designing the product and packaging as an integrated whole.

In all, there are too many factors impacting distribution packaging to know whether they’re being managed optimally, unless that knowledge comes from a well devised and executed testing program. Companies that presently don’t test ought to immediately start. Companies presently testing ought to reevaluate their programs for areas for improvement.

The hazard of not knowing the hazards

The hazards are well known. They are of the physical variety: shock, vibration, and compression. They are of the atmospheric variety: temperature, moisture, and pressure. The knowledge too often in short supply is the combination, intensities, and sequences of the hazards encountered within a given distribution channel, without which it’s impossible to design a distribution package testing protocol that will yield accurate results.

The knowledge void can’t be filled by standardized laboratory tests, such as those devised by ASTM (American Society of Testing Materials) and ISTA (International Safe Transit Association). Such tests should be calibrated to reflect known (or at least reasonably believed) conditions; otherwise, the temptation is to set the parameters high, in a willingness to err on the side of caution. The result is over-packaging—not the best of outcomes in an era of sustainability.

Some larger consumer packaged goods companies have their own testing facilities, equipped with the likes of vibration tables, drop testers, compression testers, (horizontal and inclined) impact testers, and environmental chambers. Such CPG companies—just as with those that test through for-hire laboratories—should strive to assure that the testing reflects real-world conditions. Furthermore, these self-equipped companies should avoid the trap of justifying their investments through usage (as opposed to results), devising overly rigorous and complex testing protocols that yield lots of data but not as much intelligence. There, too, the likely consequence is over-packaging.

That limitation is overcome, in large measure, by the electronic field data recorder, a small device placed inside a transportation vehicle, either in or out of a shipping container. The device records physical and atmospheric hazards and provides insights as to their intensities and sequences. The data must be analyzed and given statistical significance, before serving as input for designing a laboratory testing protocol.

Speaking of statistics, there’s a determination to be made regarding how many test shipments should be conducted before results are deemed representative. The closest thing to a general rule is to test until there is a discernable pattern.

Sustainability has injected an unaccustomed dynamism to distribution package testing, necessitating the ability to quickly and reliably measure the performances of an increasing stream of green alternatives. In turn, that ability relies on knowing the distribution environment in increasingly greater detail. Fortunately, the trend toward supply chain management can help.

Supply chain management, with its varied focuses on member relations, shared information, security, and RFID—just to name a few—is resulting in continual monitoring of products as they move throughout the supply/distribution chain. At the various stops and junctures at which data is collected, there are opportunities to creatively cull information that bears upon the performance of green distribution packaging. In all, a green supply chain is an umbrella under which distribution packaging and its testing naturally fit.

As previously noted, sustainability and profitability are dual and simultaneous pursuits. The word pursuit might be better substituted by race, or even sprint, for competitive realities place a premium on speed. Every operation should contribute to making the corporate track shoes lighter and putting the wind at the corporation’s back. There’s little practicality in speeding products to market in green distribution packaging if the products arrive in unacceptable condition. A testing program that provides speed and reliability in determining the fitness of the distribution packaging is an asset worth developing. 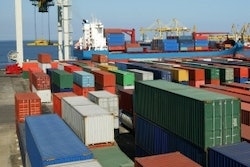 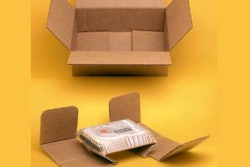 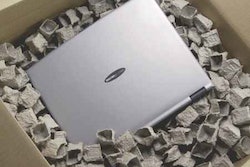