At issue is “corporate inversion,” described by Investopedia.com as “one of the many strategies companies employ to reduce their tax burden. One way that a company can re-incorporate abroad is by having a foreign company buy its current operations. Assets are then owned by the foreign company, and the old incorporation is dissolved."

According to a U.S. Dept. of the Treasury Fact Sheet, “A corporate inversion is a transaction in which a U.S.-parented multinational group changes its tax residence to reduce or avoid paying U.S. taxes. More specifically, a U.S.-parented group engages in an inversion when it acquires a smaller foreign company and then locates the tax residence of the merged group outside the U.S., typically in a low-tax country. Typically, the primary purpose of an inversion is not to grow the underlying business, maximize synergies, or pursue other commercial benefits. Rather, the primary purpose of the transaction is to reduce taxes, often substantially.”

Pfizer and Allergan had different perspectives.

“Pfizer approached this transaction from a position of strength and viewed the potential combination as an accelerator of existing strategies,” said Ian Read, Chairman and Chief Executive Officer, Pfizer. “We remain focused on continuing to enhance the value of our innovative and established businesses. Our most recent product launches, including Prevnar 13 in Adults, Ibrance, Eliquis and Xeljanz, have been well-received in the market, and we believe our late-stage pipeline has several attractive commercial opportunities with high potential across several therapeutic areas. We also maintain the financial strength and flexibility to pursue attractive business development and other shareholder friendly capital allocation opportunities.

“We plan to make a decision about whether to pursue a potential separation of our innovative and established businesses by no later than the end of 2016, consistent with our original timeframe for the decision prior to the announcement of the potential Allergan transaction,” added Read. “As always, we remain committed to enhancing shareholder value.”

In connection with the termination of the merger agreement, Pfizer has reportedly agreed to pay Allergan $150 million for reimbursement of expenses associated with the transaction.

An investor statement on Allergan’s website says, “We are conducting a review of the U.S. Department of Treasury’s actions announced today [April 4]. Prior to completing the review, we won’t speculate on any potential impact.” No source was attributed with the quote.

A CNBC.com report quoted Allergan CEO Brent Saunders, who said, “It really looked like they did a very fine job of constructing a rule here—a temporary rule—to stop this deal, and obviously it was successful. …For the rules to be changed after the game has started to be played is a bit un-American, but that’s the situation we’re in.”

WSJ.com said, “Tax-inversion deals have become commonplace in U.S. corporate deal making. They also have become a talking point in the U.S. presidential campaign, with certain candidates attacking the uprooting of American companies and departure of tax receipts. The tie-up between Pfizer and Allergan, the biggest merger announced last year—the busiest ever for takeovers—was a particular campaign target. Republican and Democratic presidential candidates have criticized the deal.” 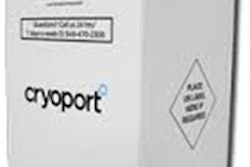 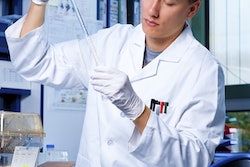 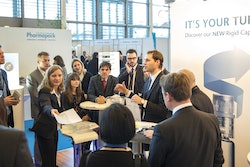