The GRAS pathway to clearance of the use of substances in packaging and in food is crucially important, and this proposed law has the potential to make enormous changes in various legal obligations.

Remember that whole business involving NGOs and other folks objecting to the legal system that allows companies to self-determine that their uses of substances are Generally Recognized As Safe (“GRAS”)?

And remember how some groups had gone to court to get the system declared unlawful, but late last year the court ruled against them? Well, there’s a new chapter to this story. Now, some members of Congress have proposed a bill that would make changes to the law to address those very same objections.

The GRAS pathway to clearance of the use of substances in packaging and in food is crucially important, and this proposed law has the potential to make enormous changes in various legal obligations. For that reason, packagers should keep a close eye on this latest chapter in the ongoing debate over the policy issues surrounding the GRAS system.

In my view, addressing the complaints we’ve heard for years about the GRAS program required changes in the law, so at least the objectors are in the correct forum. There’s been so much criticism of the Food and Drug Administration lately, what with its slow reaction to the infant formula contamination problem, on top of its handling of issues relating to heavy metals in baby food and various complaints about its handling of COVID and other drug approvals, for some examples. But when it comes to the GRAS program, it’s always seemed that most of the objectors’ objections were better directed at Congress than at FDA.

The bill, which would create the Ensuring Safe and Toxic-Free Foods Act of 2022, would instruct FDA to make revisions to its current regulations about GRAS substances such that manufacturers would have to give FDA notice of their GRAS conclusion. Right now, companies may, but don’t have to, share their GRAS conclusion with FDA, and if they do submit it to FDA, the agency will review it and will let the company know if it “has no questions” about the company’s conclusion. (That letter is not quite the same as FDA saying that it, too, finds the use to be GRAS, but it’s still rather useful.)

If the company doesn’t submit it to FDA, they still are legally required to thoroughly evaluate the safety of the use of the substance and assure that relevant scientists would agree that it’s safe based on publicly available and generally accepted information.

Among the bill’s other key provisions is one that would require the manufacturer to provide FDA with information about the cumulative effects of the substance and adequately protective safety factors in evaluating exposure to it, with particular accounting for vulnerable human populations. They’d also have to provide “information indicating that the weight of evidence shows” the substance hasn’t been found to cause cancer or reproductive or developmental toxicity (including consideration of “an endocrine mode of action”). There’s also a specific prohibition on cancer-causing substances being considered GRAS. (Currently, they could be, if the evidence supports the safety of a low-enough exposure to it.)

All that supportive information would be made publicly available and the public would be given at least 90 days to raise objections to it. Those requirements make the GRAS system closer in kind to the rulemaking process, where proposals are published and are subject to public review and comment before the agency issues a final regulation. Other provisions would require FDA to set standards “prohibiting conflicts of interest” among the experts providing data (rather than, for example, simply disclosing such actual or potential conflicts).

Advocates of the bill were quoted in news reports saying it will “close the GRAS loophole” that allows companies to decide what’s safe and that the changes would help assure “healthy, toxic-free food.”

Here’s the thing, though: In concept, there’s nothing wrong with changing legal requirements if they are resulting in a lack of safety or are permitting mistaken or corrupt conclusions, but I simply don’t think they are. In other words, the missing link here is any evidence that the current legal framework has resulted in lots of examples of dangerous levels of dangerous substances getting into food as a result of the current framework.

Of the various proposed measures in the bill, I am sympathetic to one aspect, and that is the idea of giving FDA notice of GRAS uses of substances. Because the current system allows companies to make independent decisions about what experts believe is GRAS, FDA is not fully aware of what substances, and how much of any specific substance, the average person gets in their diet. FDA would have better oversight over the safety of the food supply with more information. But a notice system like that proposed in the bill is complex to implement, and would require a great deal of new and additional time and expense for both FDA and the regulated companies, time and expense that should be weighed carefully against the actual benefits to safety that could result.

In short, it’s not clear to me that the independence that individual companies now enjoy is resulting in danger to the public, or that the decisions companies have made are somehow corrupt or that the conclusions are simply mistaken. Moreover, the occasional example of the appearance of new evidence about the safety of putatively GRAS substances that are then removed from the market does not mean the whole system is flawed.

Does the bill have a good chance of becoming law? That’s always difficult to predict, but regardless, what’s clear is that these issues are not going away anytime soon, and their importance requires careful monitoring. 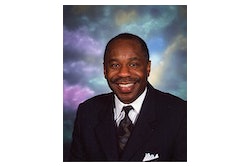 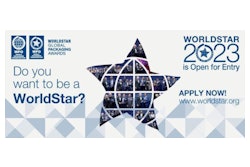 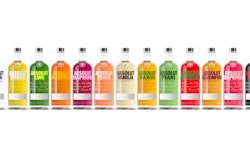