In an era when subservient, racially charged mascots are being shown the door, Moor’s Brewing ushers in a royal depiction of the untold story of Africa’s massive contribution to current craft brew culture.

Matt Reynolds
“In light of social injustice, we wanted to remind the community of its rich regal history; a time when people of color were kings and queens,” founder Jamhal Johnson says.

When you think of demographics making up the craft beer market—both its consumers and its producers—a suite of social stereotypes likely leaps to mind. If people were forced to describe or sketch a craft brew persona, most would likely come up with a casually dressed, outdoorsy, and oftentimes bearded or tattooed white Gen X man with disposable income. That’s not necessarily a value judgement or an indictment on the industry; a trip to the annual Craft Brewers’ Conference bears out this rule of thumb. By and large, that’s just who has traditionally represented the craft beer industry. The Craft Brewer’s Association knows this, and is working to become more diverse—both because it’s the right thing to do, and because they need to address changing demographics to stay relevant.

At the Craft Brew Conference last year in Denver, Craft Brewers Association economist Bart Watson revealed that in 2019, the number of young women who drink surpassed the number of young men who drink. This doesn’t take volume into consideration—young men drink more in volume. But you have to wonder what craft beer might do for women, who have historically been groomed for wine, and who now have options in the RTD spirits beverages alongside seltzers and other non-beer options?

Also, according to a study by Rabobank that Watson referenced, “Spending [in alcohol] is increasingly female, and spending is increasingly BIPOC (Black, Indigenous, and People of Color).” Some might say that overall U.S. demographics are doing the same, but those spending increases were happening even faster than that. Craft brewers are asking themselves, “how can we get out to those ‘new’ markets that have greater buying power?”

The Association is convening the BRU (Brewing, Respect, Unity) Coalition, designed to foster an equitable and inclusive brewing community. Click here to read more about these and other programs from the Brewers Association  but suffice it to say they are largely aimed at social equity and inclusivity. The craft brewing industry as a whole is aware of its demographic makeup and is working to become more inclusive.

Meanwhile, in Miami…
Damon Patton, who attended the University of Illinois at Urbana-Champaign (and for the purposes of the demographics in question, is a young black man) was enjoying the weather in South Florida and making his own hours as an Uber driver. His concept of who makes up the craft brew market matched the one we just described, but it wasn’t something he thought much about—at least until one Uber delivery got him thinking.

“I delivered an order of beer to a party in an upscale villa on Miami Beach,” Patton says. “I wasn’t expecting it, but enjoying the beer there were 30 to 45 black people. And I was dropping off a bunch of beer—it was at least 12, maybe 15 cases. I just asked the question, ‘Is this beer for you guys?’ They said, ‘Yeah, why wouldn’t it be for us?’ It was at that point that I thought, ‘I think we can probably sell beer [to the black community].’”

Patton reached out to college friend and entrepreneurial collaborator Jamhal Johnson, a fellow young black man and U of I grad, to kick off the idea. The black community has been traditionally underserved by the craft brew market, but Johnson and Patton are seeking to change that. And they don’t mean to do so by asking the existing market to better cater to black people. Instead, they’re diving into the craft brew market, as a black-owned business, to help make a market and build a business that they themselves control.

An early hurdle was overcoming the dismissive reason why the market had been underserved. Rightly or wrongly—and the following sentiment contains implicit bias—the industry perceived a price sensitivity in the black community as an obstacle. But Patton says that the industry was missing the boat by internalizing that vaguely racist rule of thumb. Consider the party at the fancy Miami Beach villa; there was not a lot of price sensitivity at that occasion.

What resulted from the collaboration became Chicago’s Moor’s Brewing Co., with a tagline reading as follows: Less than 1% of the craft brewing industry is African American-owned. We are Chicago’s Black Owned craft brewing company, established Juneteenth 2021.

The name and marketing are built on a historical king. In 711 A.D., King Caspar led Moors of Berber decent across the strait of Gibraltar between Africa and Europe—conquering Spain for the next 700 years. They introduced new scientific techniques to the European culture, including a distillation and fermentation process that produced what they called al-kuhl. This beer pays homage to the rich untold history of its African ancestry and the original craft brewers.

The social moment of 2021 was a cauldron of change that helped accelerate things for the brand.

“At the height of COVID-19 and civic unrest following the George Floyd incident, more focus was being placed on diversity and inclusion,” Johnson says. “The craft beer industry presented a great opportunity for diversity from both the supplier and consumer perspectives.”

There has been much discussion around brands retiring racially charged mascots. Whether Uncle Ben or Aunt Jemimah, a common theme of these mascots has been their polite, respectful subservience as servants, cooks, or housekeepers.

Moor’s Brewing Co.’s 16-oz. brightstock cans, on the other hand, use a pressure-sensitive label depicting King Ziyad, a black man who was a conqueror and deliverer of science innovation, a far cry from the subservient, conquered mascot. The can art comes from the 16th century Dutch painter Hendrik Heerschop’s “The African King Caspar.” Moor’s added the post-modern hip hop flare to make the image their own.

“In light of social injustice, we wanted to remind the community of its rich regal history; a time when people of color were kings and queens,” Johnson says. “We wanted our brand to represent black excellence and original craftsmanship; paying homage to the Africans that civilized Europe via spirits, infusing our post-modern artistry.

“Our target market is brand loyal, and I felt that we needed to be brand forward, using a name, imagery, and messaging that resonated with our target market, expanding the space,” he adds. “Creating a badge brand of beers that satisfies a discerning palate, hence Moor’s Beer. Most breweries are into making a lot of different beers, which is appealing to the beer enthusiast community. However, to bring more African Americans into the fold, we wanted to use a different approach; thus, leaning into the culture.”

Adds Patton: “I just had never seen a Black man exhibited regally on a can of beer. That was something that was important to us to make sure that that messaging came across, especially in a time where you’re seeing a lot more attention paid to diversity, equity, and inclusion.”

Junteenth 2021, the June 19th holiday that celebrates the freedom of enslaved people in the U.S. at the end of the Civil War, was a no-brainer for a product launch. But the idea had only really come together in January, so launching in such a tight window was difficult.

“As you can imagine, we faced many challenges just to make it to market on that day; from last-minute changes to inbound delivery issues to distribution,” Johnson says. “But we knew that launching that day would be instrumental and ironically that day was made a national holiday. Fortunately, we were able to be in stores on that day despite all challenges.”

The duo was able to thread the needle with the help of a fellow black-owned business, who acted as a co-manufacturer and co-packer for the brewery.

“We just put our heads down and worked with Drew Fox over at 18th Street Brewing [in nearby Hammond, Indiana],” Patton adds. “The marketing all was tailored to make sure that we all had a Juneteenth mindset, that we could actually make that date, but it’d been on the board since January of 2021, or even before then.”

The partnership with 18th Street was a useful first step, and allowed the brewery to make a splash and grand entrance on a holiday amid a growing social movement. Next up for Moor’s Brewing Co. will be a state-of-the-art production facility, likely including taproom. Details are being kept quiet at the moment, but expect news within the next year to 18 months.

Also important to remember, while Moor’s is a black-owned brewery, and while it is taking square aim at an untapped, underserved African American beer drinkers market, it’s by no means meant to be exclusive to that community. Exclusivity is neither the goal in the larger social sense, nor in the practical sales volume sense.

“We started looking into the numbers, and we noticed that only 3% of beer buyers happen to be African American. We told ourselves, ‘OK, well we’ll just take that niche.’ Then we started realizing you need more than just that niche to be a profitable entity, so we folded everybody in again,” Patton says. “The genesis of it was just noticing that the numbers were really skewed in the other direction. It’s like less than 1% of the craft beer industry is African American-owned. That right there was when we said to ourselves, ‘Oh, dude, we got a crack at this. This is our Jackie Robinson moment.’” 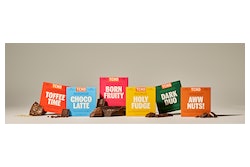 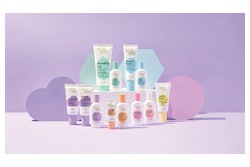 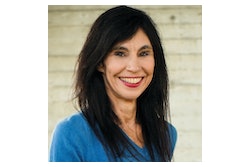 Finding Opportunity in the Project that Never Was