New whiskey brand launched to celebrate all branches of the military uses unique packaging touches throughout, including a canteen-style bottle, a spent cartridge-shaped cap, and a display case designed to look like an ammo crate.

Distilled and packaged in the U.S.A., but conceived of on a rooftop in Baghdad, Iraq, in 2007, Regimental Whiskey pays tribute to all branches of the military, past and present, with the brand’s mission conveyed through a custom canteen-shaped bottle that “feels just right in the hand of a soldier, sailor, airman, or marine,” says the company. But that’s just the beginning of Regimental Whiskey’s military-style attention to detail. From cap to case, the brand employs deliberate design elements throughout to emphasize its military origins.

As co-founders and veteran U.S. Infantrymen Eric DiNoto and Kyle Moore tell it, Regimental Spirits Company was born on the abandoned rooftop of the Ba’ath Party Headquarters in Baghdad, where the two shared “a cigar, a conversation, and a dream about creating a quality brand of whiskey that would represent the greatest men and women of their country—those who serve in the United States Military.”

Shares now CEO DiNoto, “There are several military-themed spirits companies on the market. Just about all have tailored their brand to specific micro-groups within the military. These groups include the Marines, Special Forces, Navy Seals, and unit-specific groups. We launched the brand because we wanted to create a unique and quality brand of whiskey that represents all who served and all who continue to serve as well as our friends, families, and supporters.”

In this vein, DiNoto adds, Regimental Spirits was founded with a commitment to create American-Made spirits that embody the same core values of all the military branches: duty, honor, respect, loyalty, courage, integrity, and selfless service.

To design a custom bottle that would convey these values while differentiating the brand from likewise-themed products, the company worked with Berlin Packaging’s Studio One Eleven design division. Says DiNoto, “It was a perfect match.”

The concept of using a canteen shape for the bottle originated with DiNoto, who says he scratched out the design in pencil at the dinner table one night. The canteen was chosen, he says, because it’s the one item that is universally issued to all services, and thus would resonate with all military members.

According to Keenan Marr, Senior Industrial Designer for Studio One Eleven, designing a spirits  bottle that pays homage to the canteen was “a tricky wire to walk.” He adds, “We knew it would require careful design consideration to create something that was recognizable as a canteen without being gimmicky.

“To accomplish this, we analyzed the canteen and the different elements that make it so iconic. One of Regimental Spirits’ founders even mailed the design team his own canteen, which he used in Iraq, as a reference. We explored several concepts, ranging from direct representations of the canteen as a glass bottle to other architectures incorporating forms inspired by canteens. After some discussions with the customer and refinements, we eventually arrived at a more direct canteen architecture with some spirits bottle elements, like an inset label area and branded embossments.

“To stand out from the competition, we created a custom aluminum cap and neck finish, the form of which is a direct representation of the very unique spout on actual canteens.”

The result is a distinctively-shaped 750-mL glass bottle, used for two whiskey varieties—American and Kentucky Bourbon—from a proprietary packaging supplier. The embossed logo referenced by Marr comprises a triangular-shaped icon that Regimental Spirits says is a standard graphic display on military maps. Within the symbol are the company’s initials, “RSC.” Underneath is the company name spelled out in all caps. Says Regimental Sprits, “The embossed RSC logo adds a premium feel to the bottle and draws attention to the brand.”

Another feature of the bottle is a notched insert where the wraparound label resides that allows for a better grip on the bottle for on-premise sales. Adds Regimental Spirits, the bottle spout was engineered to hold a standard bartenders’ liquor pourer for measured pours.

The aforementioned custom canteen-style bottle closure is made from a 0.35-mm-thick, deep-drawn aluminum with a polyethylene foam liner that Regimental Sprits says was designed after a spent military shell casing, replete with an imprint of a primer, and the letters “RSC” stamped on the top.

According to Studio One Eleven’s Director of Engineering, Martin Rathgeber, its design was an even trickier wire to walk, requiring a lot of negotiation with the [proprietary] supplier as well as some experimentation and tool revisions.

“We needed a relatively close tolerance on the ID [inner diameter] of the closure to allow it to sit straight on the neck without cocking—not only for the shelf appeal, but also to seal well,” Rathgeber explains. “We also required a deep enough thread profile so the threads would not get accidentally jumped during capping or by the consumer when reclosing. Both had to be negotiated with the supplier and required some testing and multiple tool revisions.”

Rathgeber adds that aluminum closures such as these are generally ROPP [roll-on pilfer-proof], where the thread profile of the closure gets rolled in after filling. “Because of the intended shape of the closure, the liner needed to be glued into the closure rather than using friction fit, as on other closures,” he says.

Because of the canteen design, Studio One Eleven anticipated that consumers might want to use the closure as a means of drinking a shot of the premium whiskey. Therefore, they needed to select an adhesive that would firmly seal the liner, would not disintegrate in the presence of alcohol, and would not impart any flavor to the alcohol. “And to make sure this high level of quality is kept up in the future, our quality team developed a specific inspection protocol with the supplier for the closure,” Rathgeber shares.

While the flawlessly-executed canteen-shaped bottle was a perfect vehicle to attract consumers from all branches of the military, Marr shares that it was not the first package to use this concept. “There are existing brands with similar military-centered marketing strategies using packaging intended to represent a canteen,” he says. “Therefore, Regimental Spirits was also interested in unique decoration elements that set them apart and paid homage to the military.”

Among these is the label, including the choice of material, colors, copy, and imagery. Made from a foil substrate converted by Wright Global Graphics, the wraparound label was designed by Studio One Eleven to be reminiscent of the texture of the canvas straps attached to a canteen, including the stitching.

Describing the label’s graphics, Amy Hawker, Senior Brand Design Director at Studio One Eleven, says the logo, which covers the majority of the front panel, uses bold, strong typography with patriotic stars to link back to each branch of the military, without singling out one over the other. She adds, “Information about the product is contained in a campaign-streamer shape that is used throughout the military to recognize achievements or events, and in keeping with patriotism, the colors for the two varieties are blue [American] and red [Kentucky Bourbon], like the American flag.”

A fun touch that fits cleverly with the brand’s military theme is a battle map printed on the inside of the label, visible through the beverage, that outlines Regimental Spirits’ “battle plan.” Says the company, “The map and symbols illustrate the mission of the RSC to deploy, create a foothold, and establish an affinity for the brand in the Military Exchanges, or Class VI liquor stores, as well as an initial six-state rollout.”

With no element of the whiskey’s packaging overlooked, display cases for Regimental Spirits were modeled to mimic ammo and military equipment crates. According to the company, the cases were designed to be used to create “military-themed stacking displays, with accessories such as camo netting, sandbags, ammo crates, and vintage call-to-action displays, similar to WWII recruiting posters.”

The cases are printed in a standard military equipment-crate color scheme of olive drab green. Copy, in gold and white lettering, chosen to convey a premium feel, includes “Made with Integrity,” “Veteran Owned,” “American Made,” and “Welcome to the Regiment,” along with the RSC logo.

Regimental Spirits Co. launched its whiskey products in March 2020, shortly before the COVID-19 shutdown, in the Navy Exchange and then through Connecticut wholesale liquor distributor Brescome Barton. Following overwhelmingly positive consumer response, in the first two months after the product launched, the Navy expanded distribution of the product from three to nine states, and after just three weeks with Brescome Barton, Regimental Whiskey found its way into 100 retail locations in that state.

DiNoto credits much of the brand’s success to its painstakingly designed packaging. “In the military, we call it ‘attention to detail,’” he says. “Every nuance needs to be just right, and the package is everything. How the design got to where it is now could not be a better representation of who we are and what we represent. It immediately resonates with our target audience. There are so many different touchpoints, from the bottle shape to the cap to the embossments. The design is quality, premium, unique, and truly disruptive. The incredible consumer feedback and engagement has allowed us to accelerate our growth plans.”

See: Distillery Meets Gallery, and the Bottle is the Canvas

As of presstime, Regimental Spirits was scheduled to launch in New York in January 2021 and was in talks with several distributors in New England, Florida, Texas, and Georgia, as well as with the Coast Guard Exchange and the Army and Air Force Exchange.

Regimental American Whiskey has a suggested retail price of $24.99, while Regimental Kentucky Bourbon Whiskey has an SRP of $29. A portion of the company’s proceeds are given to the United States Veteran’s Chamber of Commerce, a 501(c)(3) nonprofit organization that supports transitioning military, veterans, and their families. 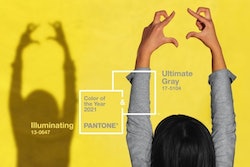 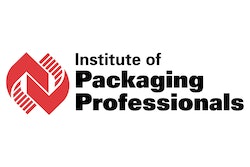