If food fraud prevention isn’t already on your list of New Year’s resolutions, add it.

In fact, it’s never a bad time to refocus attention on food fraud, and to remember that, when it comes to what criminals are faking, packaging and labeling are in the mix just as surely as foods themselves. All players in the supply chain need to incorporate protective measures to keep out fraudulent foods and packaging.

If the goal of all your various food production and handling practices is safety, it’s easy to think of “fraud” concerns as secondary, since, after all, they usually implicate quality rather than safety.

But the growing reality is that first, food fraud is an increasingly complex realm presenting a variety of threats, and second, fraudulent food indeed does create safety problems in some situations.

Commonly accepted definitions of food fraud make it clear that it encompasses falsified or misleading packaging and labeling, though it’s usually thought of as intentional substitution, addition, tampering or misrepresentation of food or its ingredients, usually for economic gain.

According to the U.S. Food and Drug Administration and many private standards and certification bodies, food packagers are supposed to evaluate the potential for food fraud as part of their food safety, quality, and regulatory compliance programs.

The good news is that there is lots of help available for companies wanting to assess their food fraud vulnerabilities, notably from the Food Fraud Initiative and now from at least two books.

Dr. Karen Everstine, Senior Manager, Scientific Affairs at consulting firm Decernis (part of FoodChain ID), says of the new book, Food Fraud, A Global Threat with Public Health and Economic Consequences, which she edited along with Rosalee Hellberg and Steven Sklare, “the main focus of the book is understanding the regulatory and auditing requirements around food fraud prevention and commodity-specific strategies to reduce the risk within food supply chains.” Also, “The book is intended to be a practical resource that can be used by a range of food safety stakeholders.” (You can order it at pwgo.to/5839.)

Fake packaging is as much a part of the picture as adulterated ingredients, she says. “There are quite a few examples of counterfeit food or beverage products involving false branding and packaging. Counterfeit versions of branded alcoholic beverages, such as high-value wines, can be very profitable for criminals.” She points to an incident from China in 2020 in which boxes of branded lemons were found to be inauthentic—the boxes themselves were counterfeit, and the lemons presumably weren’t the high-quality branded fruits the boxes claimed. Everstine says that if “fraudulent packaging is involved, the product inside is also suspect.”

Everstine agrees that food fraud is primarily an economic issue but it’s clear there are times when it leads to safety concerns, too. For example, lead has been used in turmeric, industrial dyes in spices and palm oil for color, melamine added to milk supplies in China “to artificially increase the apparent protein content, which resulted in illnesses in hundreds of thousands of infants that consumed formula as their sole source of nutrition.” When the intentionally added but undeclared substances are allergens—such as peanut products or soy protein—the safety issues are obvious. She points to an instance in which peanut products were added to cumin to increase volume, leading to recalls in 2014.

Dr. John Spink of Michigan State University’s business school’s department of supply chain management continues to pioneer many efforts to improve the study of food fraud and raise its profile within corporate operations. He also has a book aimed at translating these concerns into practical measures. For food packagers trying to translate food fraud advice into action, he says his 2019 Food Fraud Prevention textbook provides a “holistic, enterprise-wide approach” that provides “real help in answering questions such as “how to start” and “how much is enough.” (It’s available via pwgo.to/5840.)

His work includes the continuing development of a crowd-sourced glossary of key terminology, now up to over 900 terms.

He also notes that packaging, like food component ingredients, gets counterfeited, too, but says that because it is often procured by food makers from a converter or supplier with whom the food maker has an ongoing relationship, there are fewer opportunities for introducing counterfeits. In other words, a shorter supply chain helps reduce risk. If, instead, you buy your packaging from an ever-changing series of online suppliers that aren’t known to you, that’s riskier.

Spink emphasizes that if you think your products are not at risk and you have no known history of fraud problems, you still need to prove and document as much in a risk evaluation or hazard analysis.

“You can’t say you don’t have a problem if you haven’t done the assessment.” That’s because FDA’s preventive controls requirements as well as GFSI and similar certification programs are all telling food companies that they need to assess the risks of food fraud and other threats, and to document that they have done so, even if the assessment is that the risk is minimal.

The bottom line is that in 2021 and beyond, packaging makers can expect to receive requests from their food company customers, if they aren’t already, for information or to take specific steps, to help the customers assess their susceptibility to food fraud. 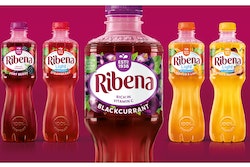 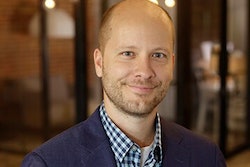 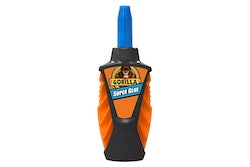