Packaging becomes interactive tool at the point of sale

The ideal packaging jumps off the shelf, speaks to the consumer, and provides instant, convincing information about product quality. Functionality is always a prime consideration.

Interpack 2011
Augmented reality. This is the technology Lego is using to stage its products. It uses advanced image processing techniques to c
Danish toy manufacturer Lego is using a whole bag of tricks to tempt customers. At its stores, products are now being staged in three-dimensional, interactive views—to the delight of fans of all ages. The new presentation technology called “augmented reality” enhances the viewer’s perception by using advanced imaging techniques to combine real-world pictures with 3D computer-generated images.

Entry to the augmented Lego world is provided by a digital box, a terminal equipped with special software. The user takes a Lego product from the shelf and holds the package bar code up to a camera. The camera reads the code and projects a 3D version of the product on a monitor. When the package is turned, the image of the product also rotates, allowing the product to be viewed from all sides. The animation is superimposed on real-world images, which the camera transmits simultaneously. Unlike virtual reality, augmented reality does not replace the real world but enhances it with virtual data.

For Lego, this investment at the point of sale (PoS) has already paid off. “The feedback tells us that this innovative concept is really well accepted by the customers, who are having a lot of fun using it,” says Helena Seppelfricke, press officer at Lego Central Europe. The company now intends to use this new technology in all 50 of its brand stores around the world.

No excitement, no sale

Companies seeking to reach the consumer must stage its merchandise perfectly at the PoS. This doesn’t just apply to toys but to all products—from food to luxury items. “Shops are a hotly contested arena, where the prize is the customer’s attention,” explains Hilka Bergmann, head of the packaging research section at the EHI Retail Institute. The pressure to be noticed at all costs is highest at the discount stores.

According to the Institute’s data, the average supermarket in Germany carried some 6,000 articles in the mid 1990s. Today, that figure has risen to more than 15,000. This vast array is confusing to consumers who know very little about individual products. Most shoppers therefore tend to buy on instinct. Marketing researchers have found that 70% of them only decide directly at the PoS what ends up in their shopping basket. And this is where the importance of the sales package is most crucial, because it acts as a decision aid on the shelf. According to the Munich-based market research firm facit, the influence of the packaging on purchasing decisions is twice as high as that of TV advertising, billboards, or print media.

As a result, companies are allocating money to PoS advertising. According to the EHI Retail Institute, spending by product manufacturers in Germany, Austria, and Switzerland is predicted to rise by 0.2% to 10.2% of marketing budgets in the 2009-to-2012 period. “Communicative” packages were an important topic at interpack. The trade fair included the Innovationparc Packaging with topics showing how packaging relates to quality of life: meaning, health, aesthetics, simplicity, and identity. These dimensions directly impact the behavior and the consumption patterns of potential customers—and using packaging as a vehicle to persuade these potential customers to buy a product calls for deep insights into target groups and their expectations.

Investing in packages that show their contents interactively and in 3D has, however, exceeded the budgets of all but a few companies so far. Although the more common sales packages and displays don’t provide such deep insights, in the ideal case they offer quick and competent advice about the product inside. Articles can be even more strongly promoted when they come in special editions or with a bonus offer. One internationally known example of such on-pack solutions is razors offered with razor blades. Also gaining importance are promotional activities where the consumer can learn more about the products, such as food and beverage tasting counters or live events such as cooking shows.

A tough challenge for designers

The perfect packaging at the PoS is not a brilliant “individualist” making everything else pale in comparison, but primarily a team player. It is just one component in branding, and as such it has to fit into the overall concept. The design has to stay within strict limits, since the colors, logo, and language are normally predefined.

“In the mail-order business, packages are the only piece of corporate design that consumers can actually hold in their hands,” comments packaging designer Uli Mayer-Johanssen of the Berlin-based MetaDesign agency. Other factors that are just as important for successful presentation of a product at the point of sale are the stability and ease of handling of the packages.

“In terms of logistics, displays can be a particular problem if they are not sturdy enough, too tall, or the base is too weak to carry a superstructure with a high point of gravity,” explains EHI’s Bergmann. Top-mounting structures like this could easily collapse under the weight of the merchandise and would have no chance of arriving at the PoS intact.

At the store itself, easy assembly and disposal are key. “Displays that are difficult to assemble and take up too much time simply don’t get set up,” says Bergmann. Another important aspect for retailers is ease of restocking at the point of sale. Displays are normally set up for two to four weeks and have to be continually replenished during this period. When they are taken down, the remaining merchandise has to be transferred to the shelves. Since retailers have no time for complex rearrangements, modular displays that can be set up on top of the transport packaging and are quick to install are rapidly gaining ground. This puts manufacturers in somewhat of a dilemma: the packages have to present a perfect appearance, but they must also be multifunctional in order to keep costs down and protect the environment. Displays that are taken down after just two weeks and put in the waste paper collection or even garbage are definitely not a good proposition in terms of economy or ecology.

The German display and packaging manufacturer STI Group (www.sti-group.de/en) has found a solution for efficient PoS presentation. For the Vileda company, it developed a corrugated board display stand for pails, scrubbing brushes, and floor cloths with a modular design that reduces the number of parts by two-thirds. The various display types and merchandise selections can be put together using just a few standard elements, which also makes it easy to quickly position new products at secondary locations.

Good looks are not enough

Innovations like these are encouraging the German association of corrugated board manufacturers (VDW) to praise the benefits of their material. “Corrugated board is highly versatile. Great shopping experiences can be created with suspended ceilings, displays, and primary packaging,” says VDW president Rolf Dieter Kögler.

Suitable for displays, corrugated can be recycled, and consumers have long since accepted it as a sustainable material. But other materials such as plastic or metal are also used at the PoS.

“For upmarket merchandise, companies often opt for high-quality long-term displays,” says STI Group spokeswoman Claudia Rivinius. One example of this is the shop-in-shop display STI created for the Swiss chocolate manufacturer Lindt—a structure made of plastic and metal designed for long-term use and a high impact on consumers. And though ecology is a prime consideration, glamour and glitz play an important role in sales packages as well.

The Belgian chocolate maker Godiva, for example, offers its praline chocolates in a box finished with a novel, gold-shimmering UV coating made of tiny aluminium platelets—a more exclusive product presentation would be hard to imagine.

Critics claim that such packages are too sophisticated and expensive and ultimately drive up the product price. The food processing and packaging machinery association within the German Engineering Federation (VDMA) counters this with the argument that by reducing the material input and constantly improving production methods, manufacturing processes are becoming more efficient.

Cost savings, it says, can be achieved by implementing the latest state-of-the-art technology. In packaging production lines, for example, it is possible to use distributed servo technology, which is more dynamic and efficient than large central drives. The VDMA states that even though the upfront investment for these machines is high, this expenditure can be easily recouped during the life cycle of modern machines by the decreased energy consumption.

Henkel, the German developer of the UV coating that it supplies to Godiva, gives similar reasons, pointing out the increases in manufacturing efficiency that help economically justify the finishing of the packages. According to its producer, the UV silver coating has high storage stability, is ready to use and can be processed at the same speed as conventional UV coatings in standard printing machines.

Packaging machinery manufacturers are also investing in innovation. Swiss manufacturer Ilapak (www.ilapak.com), for example, is introducing turnkey packaging lines to the market. The advantage is that all the machines are optimally adapted to one another, which heightens overall efficiency. 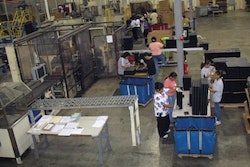 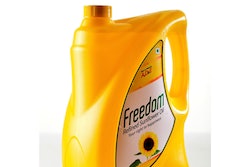 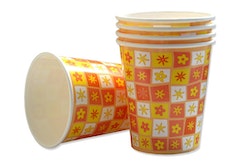 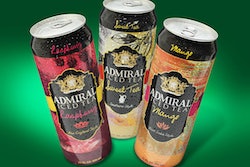