Bottle stands out on the shelf with its sleek design, attractive graphics—and low weight—supporting the company’s sustainability and environmental values.

Jim ButschliJim Butschli
Bottle stands out on the shelf with its sleek design, attractive graphics—and low weight—supporting the company’s sustainability and environmental values.

Based in Australia, Accolade Wines refers to itself as the fifth-largest wine company in the world, delivering some 38 million cases a year to 140+ countries, including the U.S., UK, Canada, Japan, China, New Zealand, and countries in Europe. Its brands include Hardys, Banrock Station, House of Arras, and Echo Falls.

For the first time, the company is stepping into the spirits market with its Summer Berries Vodka, following on the success of its fruit-infused wines. Helping Accolade Wines with this bold launch is an elegant new bottle from Ardagh Group.

Accolade asked Ardagh to design something special for its move into the spirits market, trusting the global glass and metal packaging supplier to deliver a bottle that would stand out on the shelf, yet stay true to the Echo Falls brand.

The sleek new bottle shape was developed by taking cues from wine and vodka bottles, reflecting the new direction of the brand. Once the shape was agreed upon, a design session between the two companies resulted in striking, art deco-style facets added around the root of the neck.

Claire Gittins, Head of Procurement at Accolade Wines, says, “This is the most unique bottle that Accolade Wines has ever launched, and we couldn’t be more pleased. Ardagh totally understood our brief and timelines and quickly engaged with their design team to develop a number of options.They worked with us closely and adapted designs to meet our key criteria, advising design enhancements for the greatest impact while optimizing costs and benefits at all times.It has been a true collaboration and something we are very proud to have achieved together.”

Packaging is clearly an important factor for Accolade Wines, as evidenced in an article on the company’s website that says it has “invested over $20 million on improvements in the winemaking, packaging, and distribution operations in Australia and the UK.” Among the highlights of these operations are the following:

• In Australia, the company’s Berry packaging operation is “equipped with the latest technology to improve flexibility and quality, allowing around-the-clock production of over 300,000 litres per day.”

• At its Accolade Park, UK facility, the company has “invested €8.5 million in new technology to increase production capacity on the bottling lines up to 1,200 bottles per minute.” 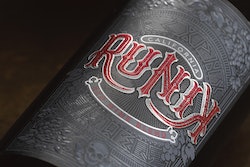 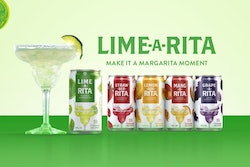 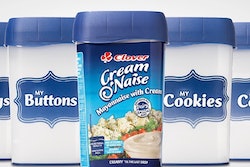