Will PFOA issue stick to packaging?

“Truth is, FDA clearance of a food additive may not always last forever. The law provides that FDA can re-examine the safety of an approved additive whenever new evidence emerges to justify it.”

Like every American, you are wondering what the recent questions about the safety of perfluorochemicals mean for packaging.

OK, maybe not every American wonders. But packagers certainly do. That’s because the chemicals, used to make Teflon and similar non-stick coatings, also show up in food packaging materials like grease-resistant papers and microwave popcorn bags.

Just how they show up, how they are regulated by the US Food and Drug Administration, and what FDA might do about them are issues that have not received adequate examination in the recent public debate. But they are important issues because FDA, too, might someday soon announce actions that could limit or eliminate their use, depending on the outcome of current research.

Late last year, the controversy emerged over perfluorooctanoic acid (“PFOA”) when a former employee of DuPont accused the company of hiding the fact that more PFOA came out of its food packaging materials than it had previously thought. The former employee said DuPont should have told FDA about it. The company said it did nothing wrong and that the levels of exposure are safe. FDA is investigating the former employee’s allegations, too.

Fast-forward to March of this year, and the US Environmental Protection Agency announced it was adding PFOA to its list of pollutants that have a way of persisting in the environment and in the body—such as mercury, lead, and PCBs—called persistent bioaccumulative toxins. EPA regulates emissions into air, water, and the ground. It made clear that “At the present time, EPA does not believe there is any reason for consumers to stop using any products because of concerns about PFOA.” Still, with that charming bureaucratic manner that makes agencies seem comfortable with contradictions, EPA wants companies to join it in a program aimed at “reducing PFOA from emissions and product content by 95 percent no later than 2010, and to work toward eliminating PFOA from emissions and product content no later than 2015.”

PFOA as such is not used to make coatings for food packaging materials (except Teflon-type coatings and for other unrelated uses), but PFOA is an impurity in some of the fluorocarbons used to make the coatings.

An FDA official confirms that FDA has studied the issue and continues to study it. The approvals for products containing PFOA were from 30 to 40 years ago, notes the FDAer. FDA believes human exposure to PFOA from its presence in various food packaging materials is a minor fraction of the overall human exposure, which is also attributable to a variety of items including not just cooking pans but also clothing and automotive products.

So we have a food additive material in coatings that contains an impurity, PFOA, a substance known to cause cancer and other health problems when given to animals at much higher levels than those to which people are typically exposed. What does FDA do with such an impurity in such a food additive? Well, they measure the level of exposure to the chemical, and they perform a risk-assessment. If the exposure is deemed not to present an unduly high risk of cancer, the impurity, or “constituent,” of the additive can remain. If the exposure does present a risk, FDA can limit use of the substance or ban it altogether, depending on what they think is justified by the facts.

You may be thinking that FDA law has a prohibition on cancer-causing food additives, and indeed it does. The Federal Food, Drug and Cosmetic Act’s Delaney Clause prohibits food additives from being approved if they cause cancer in man or any other animal. But the Delaney Clause does not apply to constituents of additives such as impurities, says FDA, only to the additives themselves.

So, for constituents that might cause cancer, the agency performs a risk assessment, and that’s what FDA is doing now with PFOA. About all they can tell us right now is that the exposure levels involved with the food additive uses are much, much lower than those that have been shown to cause cancer in rodents.

Truth is, FDA clearance of a food additive may not always last forever. The law provides that FDA can re-examine the safety of an approved additive whenever new evidence emerges to justify it. New safety information about an old additive, including indirect additives that make their way into food from packaging, can lead FDA to re-think its approval of the additive. FDA’s regulations make clear that FDA could, on its own initiative or in response to a petition, propose to amend or repeal a regulation clearing the use of a food additive.

If new safety evidence warrants, FDA can also re-think the cleared status of substances previously thought to be Generally Recognized As Safe (“GRAS”) or cleared under a “prior sanction.” The agency can also declare “no longer effective” a previously cleared Food Contact Notification for a food contact substance, if it obtains information indicating the substance is “no longer safe” when used as the Notification specifies.

Speaking of studying, a team of FDA scientists and two researchers from University of Maryland performed a study of potential sources of perfluorochemicals and their potential migration from food packaging. Their work was published last October in the peer-reviewed scientific journal, Food Additives and Contaminants.

The authors examined non-stick-coated cookware and food contact papers, and conclude that the paper with flourochemical coatings or additives is the “largest potential source of migratable fluorochemicals from food-contact materials....”

Happily, the authors think the coated papers may not be living up to their potential. Though they are continuing to examine samples to try to identify a pattern, they say that their limited data “suggest that fluoropolymer food-contact materials do not appear to be a significant source of perfluorochemicals (e.g. PFOA) relative to paper that will migrate to food and be consumed,” with the possible exception of some makers’ popcorn bags. They observed high amounts (relative to other packaging materials) in some samples of microwave popcorn bags, but very little of it appears to come out into food. The bags they tested had the PFOA-containing additives “primarily on the outside of the bags, however.”

One reason it’s hard to generalize right now about food types is the variation from one manufacturer to the next in terms of what coatings and additives each uses, says the FDAer. More testing and examination is needed before such generalizations can be formulated.

So it seems these persistent chemicals will require some watching in the near term. 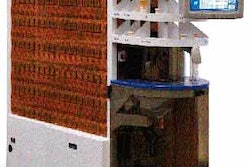 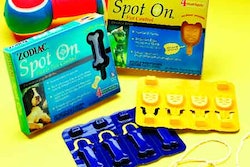 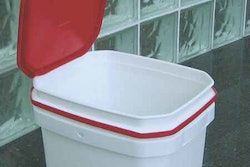 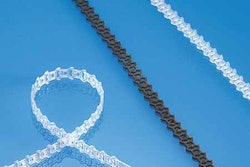