Regional grocer debuts new lid for its vacuum-packed sauce jar that uses a proprietary push-button technology that makes it easier for consumers to open the jar. 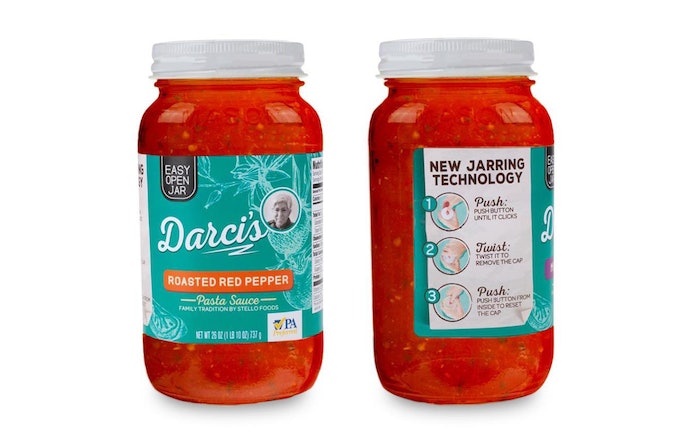 Boyer's Food Markets is the first to use the new Eeasy Lid for jars of its Darci's private-label pasta sauces.

If you ask consumers where their top frustrations with packaging lie, struggling to open too-tight jar lids is traditionally near the top of the list. In Pennsylvania, grocery chain Boyer’s Food Markets has set about eliminating this inconvenience by debuting a new style of metal lid for its private-label pasta sauce packaging that is said to make opening vacuum-sealed jars up to 40% easier.

The closure is called the Eeasy Lid from Consumer Convenience Technologies, LLC (CCT), and Boyer’s is the first grocery chain in the U.S. to use it. According to Nickki Stello, President of Punxsutawney, PA-based Stello Foods, which produces the Darci’s line of sauces for Boyer’s, “The Eeasy Lid project was driven by CCT, bringing together Stello Foods and Boyer’s Food Markets to provide consumers with a better experience opening a jar.” Stello adds that Boyer’s private-label line of four Darci’s pasta sauces was chosen to debut the technology because of its premium positioning.

Introduced in all of Boyer’s 18 stores in January 2020, the Eeasy Lid on Darci’s 26-oz glass-jar packaging allows consumers to vent the jar by simply pressing a button on the metal lid, which opens a tiny slit that breaks the seal. After use, the lid is reclosed by pressing the button from the inside of the lid to help keep the product fresh and prevent spills. 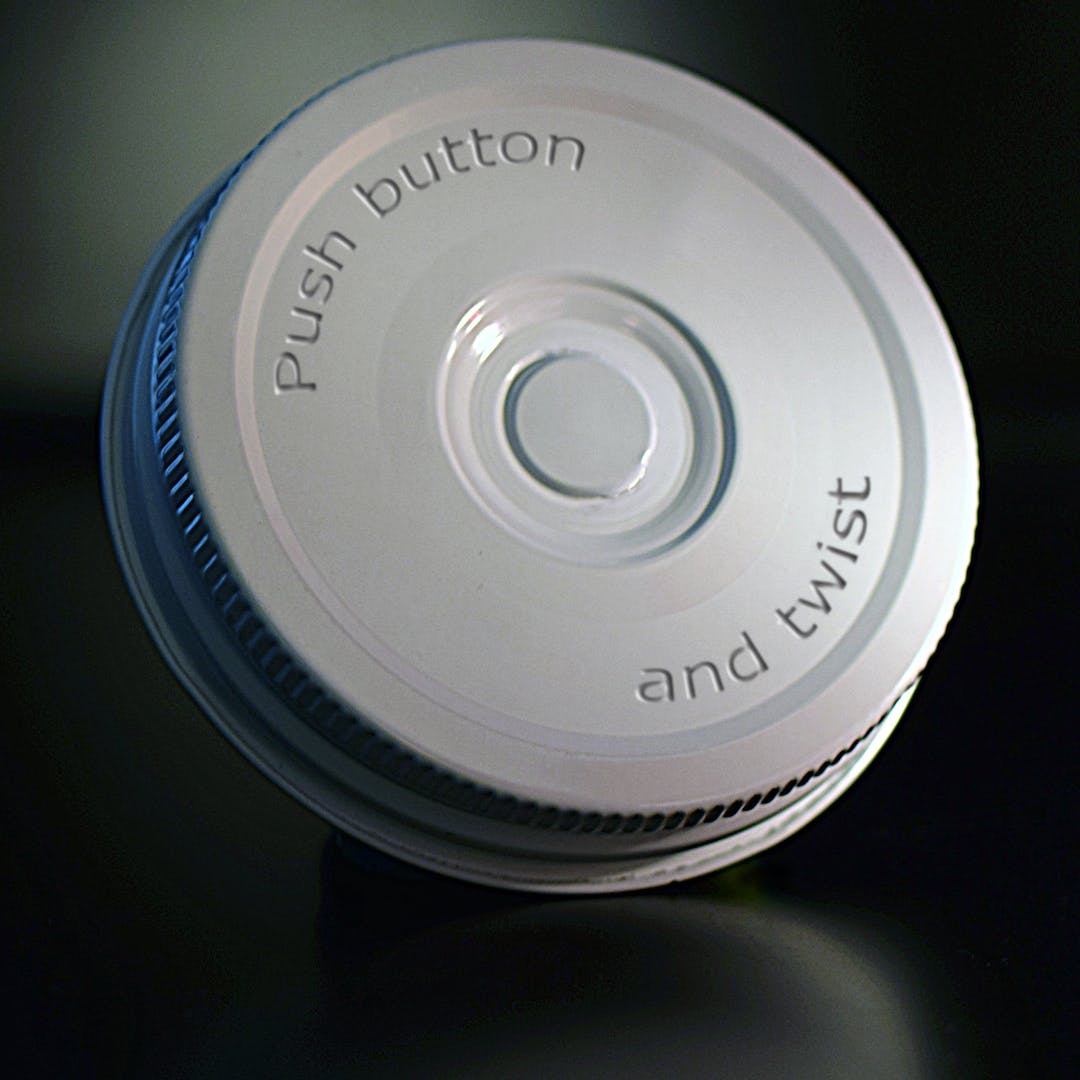 The Eeasy Lid allows consumers to vent the jar by simply pressing a button on the metal lid, which opens a tiny slit that breaks the seal. After use, the lid is reclosed by pressing the button from the inside of the lid to help keep the product fresh and prevent spills.According to CCT President Brandon Bach, the Eeasy Lid took eight years to engineer and involves repurposing the metal on the jar lid to form the button. The design, he explains, incorporates three small slits around the button to make it possible for consumers to release the vacuum-sealed air in the jar. The Mason-style one-piece 70-450 CT (continuous-thread) lid with plastisol liner used for Darci’s is manufactured by Tecnocap, with CCT performing the conversion on the lid by adding the push button.

According to Bach, in a recent consumer survey of the Eeasy Lid, over 48% of participants said they find opening a regular jar to be difficult; eighty-three percent said opening the Eeasy Lid was easier than opening a traditional jar lid.

Lending credence to CCT’s food safety and convenience claims, Dr. Bruno Xavier, a processing authority at Cornell University, says, “I’ve worked closely with CCT to thoroughly test the Eeasy Lid for its suitability to ensure the safety and stability of food products hot-filled into glass containers. By pressing the center of the Eeasy Lid, users simply release the vacuumed air, making it easy to open—ultimately providing a better experience to consumers, as indicated by the data provided by the manufacturer.”

For the Darci’s application, step-by-step instructions along with icons for opening and reclosing the lid are printed on the label. Says Stello, “Being the first jar lid innovation in 75 years, CCT and Boyer’s main goal was to educate consumers on the product. The instructions on the side of the jar serve as a method of educating consumers on how to effectively use the Eeasy Lid to improve their user experience.”

According to Bach, “About half of consumers can’t open a jar, so the Eeasy Lid expands the market for manufacturers and retailers by making the product usable to everyone. “The partnership with Boyer’s came about when they saw it as an opportunity to increase market share and attract 50 percent of the population who were previously unable to open jars. Sales this year have already exceeded expectations.”

Adds Stello, “After working in the food industry for over 30 years, it is nice to see an advancement in packaging design as simple and effective as the Eeasy Lid. I could easily see this lid becoming the preferred jar lid packaging solution for the industry, accepted and appreciated by all consumers.”

As of presstime, Boyer's reports that its sales are up 424% versus one year ago with a comparable private label.

UPDATE (May 4, 2020): CCT conducted a 12-week study from January 2020 through March 2020 looking at the impact of using the Eeasy Lid on Darci’s jars compared to Boyer’s private-label brand that occupied the same shelf space during the same time period one year ago. Both sauces were the same quality; the only differentiator was the Eeasy Lid on the Darci’s jars.

“When we partnered with Boyer’s and Stello Foods, our goal was to increase sales by 30 percent,” says James Bach, CCT Managing Partner. “By the end of the 12 weeks, we were shocked to see that sales increased by 341 percent. We had to increase production just to keep the shelves stocked with Darci’s. This is a product that consumers instantly took to, proving there is demand for an easy-to-open jar lid, and the Eeasy Lid has the capability to drive sales.”

Not only did the Darci’s brand pasta sauce dramatically outperform the Boyer’s private-label brand it was tested against, but CCT says it also outperformed almost every other competitor, including several national brands.

Continuous thread lids were used on the Darci’s jars. CCT reports that later this year, it will begin producing the Eeasy Lid in a lug version, which it says will be the world’s first aluminum lug.