A gift pack for Maker’s Mark bourbon whisky features a wood-grained insert, a paper strip stamp, and a wax seal, all created through a mix of paper stocks and printing techniques.

For its two-bottle gift pack of Maker’s Mark and Maker’s 46 bourbon whisky, Beam Suntory envisioned premium box with a wooden insert—a unique but cost-prohibitive idea. Through the clever use of a range of paper stocks and printing techniques, promotional product development company Supremia was able to not only design a wood-cut look on the inside of the box, but also replicate the paper label and wax seal of the Maker’s Mark bottles.

According to Supremia Global Account Director Jessica Warwick, when Beam Suntory approached the company in June 2016 about the project, they had several functional and aesthetic goals. First, they wanted a gift pack that would leverage the familiarity of its traditional Maker’s Mark whisky label to promote its newer, lesser-known premium product, Maker’s 46.

The gift pack, which would be used for a variety of holiday promotions, needed to remain true to the unpretentious, rustic craftsmanship permeating the Maker’s Mark brand—the iconic Maker’s Mark whisky bottles are hand-dipped in red wax and feature hand-cut labels.

Functionally, the box needed to accommodate two smaller-than-usual bottle sizes, each 375 mL, and allow consumers to clearly see and touch the bottles.

Development took two months from kick-off to final pack selection. “The team really wanted to create a premium pack that would excite brand enthusiasts and have a great shelf presence,” says Warwick. “We worked with our design team and our supplier, TPC Printing and Packaging, to present three unique structures that would work within the budget and incorporate the elements that were important to the Maker’s Mark team.

Key points of the original vision included the wood-grain texture and a hand-applied paper strip stamp on the outside of the carton made from the same paper as the bottle label, with a wax seal applied at the end. Given the costly nature of these elements, Supremia sought other methods to craft these touches.

For the outer box, Supremia created a tactile feel by performing an overall deboss of a wood-grain texture on 26-pt Neenah Dorset matte black folding board. The board is dyed through, resulting in no white edges when it is die-cut and converted.

To eliminate the cost of hand-applying a custom strip stamp at the co-packing stage, Supremia recreated the component by using a combination of print, embossing, and debossing. “We then added a printed, high-relief, high-gloss simulated wax seal to mimic the seal on the bottle,” explains Warwick. “Adding these print elements to the matte black folding board enhanced them further, since the super-matte finish on the board acted as a great background for those elements.” TPC printed the board using lithography and screen printing in four-color process, plus white, foil stamping, UV gloss, and embossing and debossing.

To replicate the look of a wooden insert, a custom, wood-grained design was printed on a 0.010 SBS and laminated to E-flute corrugated, meeting Beam Suntory’s aesthetic requirements, while ensuring structural integrity. The insert is litho-printed in four-color process by TPC.

Instead of using film on the front window of the box, Supremia left it open to provide consumers with an unimpeded view of and access to the bottles inside. “Window film reflects lighting and can get damaged in transit, making it difficult to see the bottles,” explains Warwick. “By removing that barrier, we were able to highlight the bottles, while also making the pack more sustainable and environmentally friendly.” The die-cut window is sized and shaped in such a way that the bottles cannot be easily removed from the package when on the shelf at retail.

Ultimately the project was completed within budget and provided Beam Suntory with increased efficiency, as enough packs were produced for a year’s worth of promotions in one print run. The gift pack has since been in stores twice in 2017.

“We could not be any happier with the Maker’s Mark gift pack,” says Stacie Dunn, Senior Commercial Marketing Manager at Beam Suntory. “Supremia’s team implicitly understood what we were trying to accomplish, worked with us in true partnership, and was able to produce high-quality samples and comps early in the process. The end result was a creative, value-packed, and altogether successful rollout that exceeded expectations.” 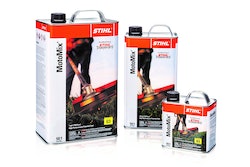 A new angle for premixed gas 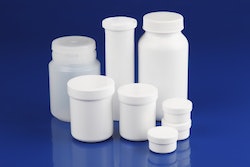 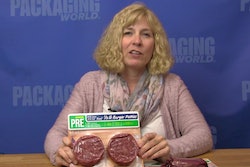