It is difficult to imagine what our world would be like without packaging. Used to protect, contain, and transport the products we buy every day, it provides a means for manufacturers to communicate to potential consumers about their product benefits, while enabling retailers to display it in stores—often influencing which items consumers choose to purchase.

But what happens to all that packaging after its purpose has been fulfilled?

According to Statistics Canada, in 2008 (the latest year data was available), 8.5 million metric tonnes of residential solid waste, such as used packaging, food scraps, old computers, and newspapers, was generated in Canada. That is the per-capita equivalent in weight to 600 soccer balls, or 725 cans of soup.

The cost to manage all that waste is equally staggering. Canadian governments in 2008 spent a whopping $2.6 billion to manage municipal solid waste, an increase of $1.1 billion since 2002. The U.S. Environmental Protection Agency reported that, in 2010, packaging represented 30% of all municipal solid waste countrywide.

Serving over 245 million customers in 27 countries, Walmart has an enormous footprint. So when they decided to step up to the critical sustainability challenge caused by waste, they attracted a great deal of attention.

To reach their sustainability goals, Walmart chose a collaborative approach. It formed a number of technical working groups called Sustainable Value Networks (SVNs), which were made up of a diverse group of internal resources and outside experts.

One of the first working groups focused on packaging reduction and waste diversion, bringing together representatives from the packaging and waste management industries, government, universities, industry associations, and Walmart vendor partners.

The Walmart Canada Packaging SVN launched the Sustainable Packaging Scorecard in 2009. The Packaging Scorecard evaluates the sustainability of product packaging based on several criteria, such as material type and weight, product-to-package ratio, and cube utilization. They also collaborated with representatives of several other organizations to form the Material Optimization Committee, aimed at exploring how to improve recycling rates for packaging and increase the volume of waste diverted from landfill.

“This collaborative and whole systems approach to addressing the issues is essential,” says Christian Shelepuk, Walmart Canada, Waste Reduction Manager. He believes that collaborating with packaging and waste networks on the Material Optimization Committee enabled Walmart to proactively explore ways to reduce the environmental impact of packaging.

Recycling of thermoformed containers
The committee ultimately elected to focus on thermoformed nonbottle rigid plastic containers. These are often used as clear food containers for salads, strawberries, veggies, and take-out meals, as well as nonfood clamshell packaging used for toys and electronics.

Canadian grocery retailer Loblaw Companies Ltd., which serves more than 14 million customers a week, came on board to address the same challenge. To better understand the core issue, they approached NAPCOR regarding recycling thermoformed plastic packaging. In their 2011 corporate social responsibility report, Loblaws indicated that all clamshells (except hot case items such as roasted chicken) had been transitioned to PET, representing more than 250 control brands in their bakery and produce categories.

NAPCOR collects data on the volume of PET thermoforms in the North American market and estimates the thermoforms available for recycling at more than 1.6 billion pounds and growing. "Very little of this material was being recycled in North America in 2009,” says Kate Eagles of NAPCOR.

To address these concerns, NAPCOR partnered with the Association of Postconsumer Plastic Recyclers to develop an industry protocol for evaluating PET thermoform labels and adhesives for compatibility with PET recycling. Labels and adhesives that meet the protocol and other guidelines are posted on the APR website.

“It is important to work through the technical and design features before bringing new packaging to market,” says to Resa Dimino, Director of Public Policy at NAPCOR.

Expanding the group of collaborators
In 2010, other major retailers—among them Sobeys, Metro, Costco, and Safeway—joined Walmart and Loblaws on the Sustainable Packaging Working Group to pursue the recycling of PET thermoforms as a grocery industry initiative, and encouraged all major grocery retailers to use APR protocol-compliant labels and adhesives. The group continues to operate under the Retail Council of Canada, led by Allen Langdon, the Retail Council’s Vice President of Sustainability.

“To expand this initiative, we are working with all our members to encourage recycling of all PET thermoforms, regardless of size, and the adoption is growing rapidly as several general merchandise retailers are proactively addressing this important issue," states Langdon.

Stewardship Ontario joined the zero-waste mission too, recycling thermoforms on behalf of retailers and brand owners in Ontario by working with the Continuous Improvement Fund as well as with participating municipalities, launching a “Plastic Is In” campaign promoting the collection of thermoform containers.

In 2011, Walmart Canada informed their suppliers of their intention to further advance their zero-waste goal by making several changes:

Increased economic value: Prior to this collaborative initiative, less than 1% of the 1.2 billion pounds of PET thermoformed packaging in North America was recycled. Thus, the material market value was very low. Today is a different story. The current value of blended bales of PET bottles and thermoforms is in the range of $375 to $460 per metric tonne picked up at the material recycling facility.

Blue Mountain Plastics purchases PET thermoforms and bottle bales at over 60 Ontario materials recycling facilities and reprocesses them at their facility in Shelburne, Ontario. Washed flakes are then sent to Ice River Springs, which then produces food-grade PET pellets and new bottles using the recycled PET. Ice River Springs then fills these “reborn” bottles with water at one of their nine bottling facilities located across Canada and the U.S., beginning their trip through the system all over again.

Backed by evidence-based results, more North American retailers, importers, and brand owners are encouraged to adopt strategies to remove barriers to the efficient recycling of PET thermoforms. On the collection side, more municipalities have a real stake in supporting the recycling industry too. In addition to benefiting the environment, recycling creates 10-times more jobs than simple waste disposal, and seven jobs are created for every 1,000 tonnes of waste recycled.

Collaboration has been a powerful ally. The urgency of the sustainability issues affecting the future of business, people, and the environment requires a holistic and integrated approach that taps into the collective strengths of the diverse partners—like that practiced by this powerful food packaging collaborative. 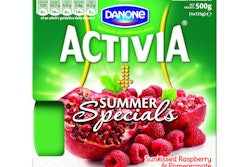 New Danone yogurt pack serves up a slice of summer 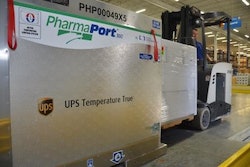 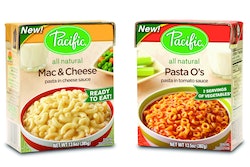