Although a list of things that can undercut a packaging project are legion, here are some key ones.

Sterling Anthony
Although every corporate discipline performs project work, packaging is subject to a range and variety that most others are not. A packaging project, for example, can entail the design, installation, and startup of a filling plant or the design of the bottle, both requiring outside suppliers of products and services. As for those handled in-house, packaging projects often are offshoots of other projects, spearheaded by other disciplines such as product development or marketing, which adds to communication and coordination requirements.

The consumer packaged goods industry recognizes that packaging is a strategic tool and a source of competitive advantage, both roles relying in large part on well-managed projects. The industry also recognizes that competent project management is a skill in too short supply. It’s true even of those companies regarded as competent managers of packaging projects, for behind many a supposed success are nonpublicized overruns in time and resources, sometimes accompanied by a downscaling of the original goals.

Internal secrets, however, are no compensation, especially given the opportunities and challenges associated with present trends, chief among them sustainability and smart packaging. No company can afford unnecessary drains on the efficiency and effectiveness of its packaging projects. Toward that pursuit, make sure that yours are not hampered by pitfalls such as the following.

The most offending is the afterthought mentality, whereby, a packaging project is commissioned considerably after the initiation of an associated project. Sometimes that associated project is completed by the start of the packaging project. “We have our product. Now, let’s think about the packaging.” Unfortunately, by then long gone are the opportunities to best tailor the package and product to each other, rather than just the former tailored to the latter. This type of delay inevitably results in the packaging project’s being the holdup, in what otherwise could have been a faster completion and a sooner start of benefits. Thankfully, this late-start approach is less common than it used to be.

Another type of late start is less obvious, but can be as detrimental as either of the two aforementioned. That’s when a company is slow to react to indications that a project should be even undertaken. Such is characteristic of companies that are perennially operating in catch-up mode. These companies didn’t wisely interpret what trends foretold. And, whereas a better-late-than-never philosophy has its merits, the better spoils always go to those whose timing is spot-on.

Trade-offs are at the core of the systems approach to packaging, namely the give-and-take among conflicting demands for the optimal net effect. Seasoned packaging professionals are accustomed, for example, to choosing a structural design that might not be the most shelf-impacting of choices, in favor of one that yields offsetting benefits on the filling line. Nonetheless, some packaging professionals fail to carry the systems approach to certain components of project work.

A common pitfall is not treating those components as inherent trade-offs. It’s the simple recognition that, with certain combinations of components, there is no best of all worlds; rather, there must be compromises. A case in point is the relationships among time, costs, and quality. The quest for a result that is the quickest, least expensive, and highest quality would even cause Don Quixote to snicker. Yet, such corporate windmills are sought time and again.

In any project, there are stakeholders, of different rank and influence, that serve as an indicator of an individual’s capacity to complicate a project. A senior manager, for example, in the midst of the project, wants to add a quality feature. Said request might require additional time and costs, but there sometimes is a reluctance by the project team members to challenge the manager or at least explain candidly the consequences of the request. Similarly, a stakeholder’s request might be to reduce costs or to reduce time, either of which can have a negative impact on quality.

Such scenarios are not to be confused with project flexibility, which acknowledges that not every contingency is foreseeable, and that therefore, projects should be able to accommodate a reasonable amount of change. By contrast, the underutilization of trade-offs steers a project off course, as well as encourages cutting corners. Predictably, the results are disappointing, more times than not.

Just as a novel has a beginning, middle, and end, a project has three phases: planning, execution, and closure. If there is a superior among equals, it’s the planning phase, if for no other reason than it’s the foundation on which the other two are built. Whether that foundation is of bedrock or sand depends on not succumbing to certain pitfalls.

For example, conditions may scream for immediately revving the project into overdrive. The competition has a new launch—built on a packaging innovation, no less—and a response is needed ASAP. Other times, it’s the allure of plunging straight into action, confident that details can be attended to on-the-fly. Planning is not sexy. Planning can be tedious. But, as the saying warns, “Failing to plan is planning to fail.”

Besides, the notion that planning sacrifices time is illusionary. The time is more than recouped during the other two phases, as they run, well-oiled, on planning that details the following:
what is to be done (goals and tasks);
when it is to be done (scheduling);
who is to do it (staffing); and,
how it is to be done (procedures and communications).

When team members are assigned for the wrong reasons, the project is handicapped from the start. That should not be interpreted as applying only to team harmony. Too much, or the wrong type, of that wrongful reasoning can be harmful if it’s at the sacrifice of the assertiveness needed to keep the project on track.

What’s becoming more common in this economic downturn is that hiring freezes, lay-offs, and attrition are having injurious effects on project work. A packaging professional might have his hands full with the duties of day-to-day operations. When assigned to a project, he finds that he can’t give his best efforts to both. So, which comes up short, operations or the project Depending on circumstances, it will likely be the project. That’s particularly probable if his operations performance bears more heavily on his future than his project performance.

On another note, in some corporate cultures, project work has acquired a bad reputation, invariably based on bad past experiences. As such, when projects arise, the less fortunate and less favored find themselves assigned, the more fortunate and more favored are spared. A project team comprised of “expendables” is not the best bet for high accomplishment. Unsurprisingly, such a culture is predominate within companies that don’t have a reputation for embracing innovation, and their projects are neither inspiring nor ambitious.

Whether intuitively or empirically, every company believes that its performance on projects can stand improvement. Yet, such belief doesn’t necessarily translate into programmed steps to deliver that improvement. “Putting a project to bed,” takes on too literal a meaning. After having lived with the project for so long, after having endured the setbacks, after having consumed the antacids, there’s the understandable desire to declare a finish. But to do so without conducting a probing review is to forego lessons and insights that will never be more ripe for the picking.

Although projects come in all shapes, sizes, and colors, it stands to reason that they have certain characteristics in common; otherwise, why would they all be called projects. Principal among those characteristics: They are one-time undertakings, unique in their own right (notwithstanding similarities); they have a finite existence; and they have as their goal the creation of a specific end-product. Each project is an educational source on the do’s and don’ts of project work.

Actually, reviewing should not be conducted only at the conclusion of the project, albeit better than no review at all. Reviewing should occur at the end of each phase—planning, execution, conclusion—to ascertain whether a phase is truly completed and the next one should start.

Without adequate review and introspection, a company undermines its ability to train and orient its personnel, to better the chances that an assembly of them would result in a high-functioning project team. In short, what review and introspection allows is the development of best practices, and that, in itself, is a worthwhile project.

Before becoming a packaging consultant, Sterling Anthony worked for Fortune 500 food, healthcare, and automotive companies, and has taught packaging at the university level. He welcomes your comments by phone, 313/531-1875 or by e-mail, Sterlinganthony1@sbcglobal.net. His Web site is www.pkgconsultant.com.
Related Stories 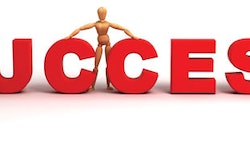 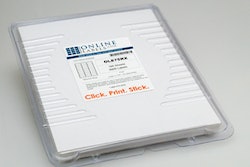 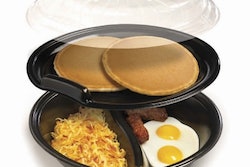