Plano, TX-based Dr Pepper/Seven Up was instrumental in the development of a new connector spout on syrup bags. Designed for soft drink dispensing systems, the spout could make life a lot easier for bottlers and foodservice institutions across the country.

Called the Q2000, the connector spout is available from Liqui-Box (Worthington, OH). It consists of five injection-molded pieces made from several resins. Like comparable spouts, it’s heat-sealed to the flexible plastic bag material, which can also vary in construction. The bag is loaded into a corrugated box and then filled with syrup. Restaurants and other foodservice institutions connect their dispensing systems to the spout on the bag.

Also important is that the bottling company filling the syrup into its package can use existing filling equipment with only minimal modifications, says Liqui-Box.

Dr Pepper/Seven Up’s Damon Graham, who played a key role in developing the Q2000, emphasizes how easy it is to work with the connector in a foodservice operation with nothing more than an illustrated wall chart for training. Graham believes the Q2000 can also bring material cost savings of 15% to 25%.

“By consolidating bottlers into using this package, we hope to build sales volume,” says Graham. “So as we roll this out, bottlers should see significant savings by virtue of the number of bags involved.” 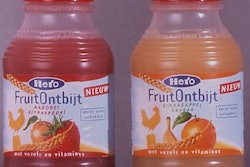 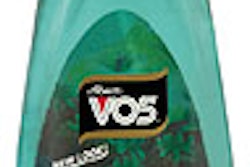 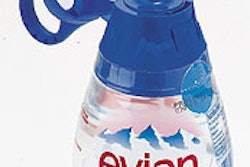 Evian's 'Nomad' travels to the U.S. 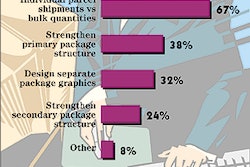