Is recycling sacred in California?

If you've read through Michele Raymond's report on the upcoming battle over plastic containers and recycling in California (see p. 44), you recognize you're reading a piece that originates from someone with a pro-recycling bias.

Raymond, however, is mostly an objective reporter, and she contacted some manufacturers, although they declined to talk on the record.

If her account of the behavior of all sides in California is on target, most all parties seem to have drawn "lines in the sand." There simply doesn't appear to be much negotiating going on. Instead, the representatives of most parties have been posturing about their positions, about what they will accept and what they won't. This doesn't bode well for movement toward real accommodations. Fortunately, there are several months before the issue reheats when legislators reconvene in Sacramento. Perhaps winter will help cool down the rhetoric, and the emotions.

What most concerned me is that what little debate there is seems to be structured around "industry" vs everyone else, including government officials, environmentalists, recyclers and waste haulers. And blow molders in California have told Raymond that they're currently caught between the proverbial rock of having some customers using recycled plastics, and the hard place, other customers adamantly opposed to use of recycled content. So business dictates they keep a low profile.

In the fall of 1999, it's easy to say that push hasn't yet come to shove on this legislation, so there's still time for negotiation and compromise. And that's probably true. But while there may be time to get that done, there is virtually no inclination to do this because the posturing of the participants has dissipated the good will that should accompany the start of discussion.

Part of the problem may be geography. Most nonCalifornians experience this statewide issue rather infrequently and from a notable distance. When you read Raymond's piece, note where most of the "industry" spokespeople call home, vs where the other side is located. The representatives of industry are association executives almost exclusively from the East Coast. The proponents, on the other hand, hail from Sacramento, Santa Rosa or other California locations.

To be sure, the major national associations are usually headquartered near Washington, DC, or New York because they are centers of national action, whether legislative or regulatory, media or money. And although California is a huge market and represents a large part of Western manufacturing and packaging, it's dwarfed by other parts of the country.

And most of those other regions are not seriously contemplating laws similar to those in California. So perhaps it's easiest for nonCalifornians to dismiss this legislation in California as an aberration. I believe the groups representing manufacturers should instead see this upcoming struggle as a good chance to polish arguments in a dress rehearsal for future battles down the road.

What strikes me about the debate is that there are a number of assumptions made by the legislation's proponents in California that I think are at least debatable. One, that recycling should be encouraged at whatever cost. Two, use of recycled content in plastic containers should be promoted regardless of the economics. Three, that "artificial" markets should be created for the products that plastics recyclers make.

In the September issue of Packaging World, Technical Editor Jim Butschli brought to light some interesting "green" packaging comments from Gary Hirshberg, the president of Stonyfield Farm, a New Hampshire dairy that has changed its stance from very pro-recycling to recycling only when no better option is available (see Oct. '99, p. 88, or packworld.com/go/stonyfield).

Going back to the early days when packaging was regularly attacked by environmentalists in the U.S., one lesson that most of us learned is that environmental issues, both problems and solutions, are, by their very nature, local. We learned that conditions vary, waste varies, landfill availability differs, and most important of all, public behavior varies. This lesson seems lost on the "national" representatives of manufacturers who currently command the microphones in California. Nowhere in the public debate (or in Raymond's article) do we hear from, for example, Oakland, CA-based Clorox Co., which has long been recognized as a leader in the use of recycled resin content in bottles.

In our current flush economic times, it's very easy to dismiss environmental considerations in packaging. Consumers are willing to pay for packaging that's easiest for them to use, regardless of environmental impact.

Recycling is unlikely to go away anytime soon, because it's virtually the only waste-diversion activity implanted in the minds of a sizable portion of the U.S. public. And any company doing business in Europe or even Canada recognizes how important it has become in those areas.

Even if some of the basic assumptions behind both the original law and the year 2000 versions are simplistic or out of date, those who represent manufacturers and packagers, whether in California or elsewhere, need to understand the public perceptions and the legislative dynamics underway there. That's difficult when the geography is coast-to-coast. Even more important, the representatives need to recognize the tradition and experience that California has both in writing tough regulations and in steadfastly promoting recycling. 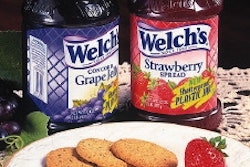 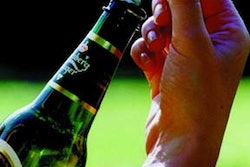 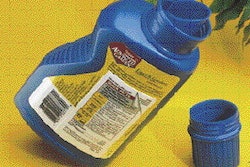