Sponsored by the newly renamed Brand Design Assn., the 1998 Gold Awards competition honored outstanding package design from around the world.

From Egyptian tombs to Portuguese cats, innovation was key at the Brand Design Assn.'s 1998 Gold Awards. Formerly known as the Package Design Council, the Brand Design Assn. (New York, NY) is now an international affiliate of the American Institute of Graphic Arts (AIGA), also based in New York.

BDA made a grand appearance as a redesigned organization at the awards banquet, held June 2 in New York. There, 40 design firms received 64 awards for the best package designs of 1997 and 1998. Five packages were awarded "Best of" status.

The Alta Water package from Canadian Alta Beverage Co. (1) won the Best of Show award. Based in Sidney, British Columbia, Canada, Alta's mountains, ice and snow design conveyed a strong sense of geographic location, as well as the purity of its spring water.

Designed by Hornall Anderson Design Works (Seattle, WA), the proprietary rippled bottle shape, combined with the blue highlights in the label, helps achieve this mountain effect. Bottle specs were not available at press time; however, the bottle is thought to be injection stretch/blow-molded of polyethylene terepthalate.

Geared to the gardener, Crabtree & Evelyn's Gardeners line of skincare products and accessories (2) uses an extensive array of packaging. The line won the Best in Aesthetics award.

Among the aluminum tubes, straw-covered canisters, recycled paperboard cartons and brown PET bottles that mimic apothecary bottles, is whimsical artwork that helps convey an old-time country feel. A total of 13 products use both pressure-sensitive front panel and wraparound labels, as well as printed cartons. Methods and colors used vary by package.

This extensive packaging is typical for Crabtree & Evelyn products, says Jones. "We want each package to have a personality--a certain mood and feeling," she says.

"We really pay attention to the details," says Jones. "How the bottle fits in the hand, how the pump dispenses the perfect amount...I think what we sell is not only great product, but great design."

For an appropriate package for its line of unique watches, Middlebury, CT-based Timex Corp. went to Egypt and back. Called the Antiquities Box, the paperboard carton (3) won the Best in Innovation award.

Resembling an Egyptian tomb, and triangular in shape to recall the pyramids, the elongated paperboard carton is designed to sit horizontally. Its two paperboard sleeves slide open from the center, revealing the watch inside. The watch was developed in conjunction with a Timex-funded nonprofit organization called FERCO (the Foundation for Exploration and Research of Cultural Origins). Timex's FERCO line of 12 watches uses historically correct design elements from ancient civilizations.

F.N. Burt (Buffalo, NY) manufactures the carton, which consists of four die-cut, folded pieces of 20-pt unbleached cover stock. The first of the four components is the sarcophagus-shaped platform piece, into which a flat base segment neatly fits. With the aid of an elastic band, the base holds the watch in place. Two remaining pieces are folded to form triangular sleeves, which slide over the platform/base construction.

Leslie Evans Design Associates (Portland, ME) created the graphics, which use Egyptian and Asian elements to carry through the ancient motif. In addition, Evans recreated the Timex logo for the project, using ancient glyphs and letters.

"It really took the Timex brand to a different level, in a different market," says Susie Watkins, advertising and public relations director at Timex. The limited-edition watches are available at the Smithsonian's National Museum of U.S. History and the Library of Congress gift shops. Suggested retail prices range from $40 to $50.

....when it sits inside a redesigned Ritz Cracker package (4). East Hanover, NJ-based Nabisco Biscuit Co. won the Best in Effectiveness award for its redesign. The focus was to reposition the product to a younger audience while maintaining the brand's mature users, says design firm Scott W. Baker Associates, Inc. (Wayzata, MN). The company chose to contemporize the brand's signature elements, namely the Ritz "orb" and "necklace" of crackers pictured on the front carton panel.

Gat-o Vinho Verde (5) is a favorite among wines in the Portuguese liquor market. But producer Sociedades Dos Vinhos Borges SA, felt the brand's signature cat was getting a bit dated--and had actually become a parody of its culture.

In an attempt to regain marketshare and expand beyond its Portuguese borders, the company launched a redesign in June 1997. The package won the Best in Redesign award.

The redesign has created a 30% increase in sales, without advertising support, says Blackburn's. 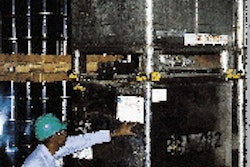 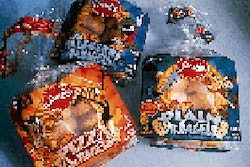 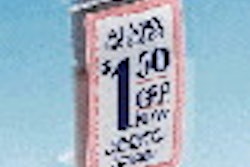 Revlon relies on a custom-designed IRC