MonoSol expands production capacity 15% with the opening of its DuneLand Facility in Portage, IN.

MonoSol, the world leader in water-soluble films, announces the opening of its new state-of-the-art production plant, the DuneLand Facility, Portage, IN. The $95 million dollar investment will expand MonoSol’s manufacturing capacity by 15% to meet increasing global demand for water-soluble films and unit-dose packaging.

“Our business is growing,” explains P. Scott Bening, MonoSol President and CEO, Division Head of the Kuraray WS Film Division. “There are huge opportunities for unit-dose laundry and automatic dishwasher detergents in developed and emerging markets around the world. By partnering with customers to drive innovation, we help develop new consumer and industrial applications while improving established products. Our DuneLand Facility features the latest technology to produce the next generation of water-soluble films and deliver the best quality and performance.”

MonoSol serves its global customer base with eight locations on three continents. At DuneLand, one manufacturing line is starting up in 2016, with full-capacity production expected in 2017. A second manufacturing line will be added to DuneLand by 2020. To support continuous 24/7 operation on the two lines, MonoSol will hire more than 150 line operators, maintenance personnel, electricians, and mechanics.

The Opening Day Ceremony will be held at the DuneLand Facility on April 19. P. Scott Bening will be joined on stage by Masaaki Ito, the president of MonoSol’s parent company, Kuraray, as well as Indiana Governor Mike Pence and Portage Mayor James Snyder. Reflecting Kuraray’s heritage, the event will include Japanese traditions such as breaking a sake barrel and painting the second eye of the Daruma doll, which had its first eye painted at the Ground Breaking Ceremony in 2014. MonoSol’s world headquarters in Northwest Indiana will be honored with artist Mitch Markovitz’s painting of the local facilities, which will be unveiled at the Opening Day Ceremony.

“Before selecting the DuneLand site, we researched locations around the world,” Bening says. “It became evident that none could match Northwest Indiana given our confidence in the workforce, the abundant natural resources, our established relationships with service providers, and the support we received from the State of Indiana and the City of Portage. Our DuneLand Facility taps into our deep roots in Northwest Indiana to expand the MonoSol organization. We are proud to be a part of this community and part of the Kuraray Group.” 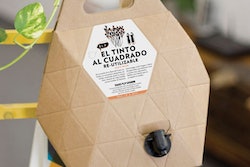 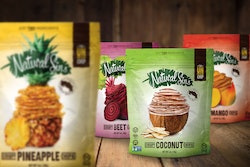 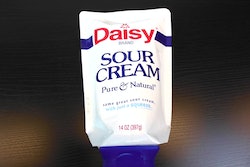 Stand-up pouch for sour cream is a first for category