On April 2, Minneapolis-based Cargill Dow LLC announced the grand opening of what it says is the world’s first global manufacturing facility capable of making commercial-grade plastic from renewable resources such as ordinary corn.

“The grand opening signals an exponential increase in the amount of product we can deliver to the market,” says Cargill Dow’s commercial director for packaging Jim Hobbs. “It is a clear sign to the packaging industry that we are a serious player and have the capacity to be more than just an innovator.” According to Hobbs, the announcement also supports a significant increase in the commercial availability of its NatureWorks™ polylactide (PLA) resin. Cargill Dow says PLA is the plastics industry’s first commercially viable polymer derived entirely from annually renewable resources such as corn rather than the limited fossil resources used to make most conventional plastics today. Cargill Dow has been pursuing a range of packaging applications and has successfully test marketed and launched products in Europe, Asia Pacific and North America. Prior to the completion of the Blair, Neb., facility, the company was producing a limited amount of PLA at its semi-works facility outside of Minneapolis. While the semi-works facility was, at that time, the PLA plant in existence, it lacked the size and scope to meet the true global demand for Cargill Dow’s breakthrough material. Encompassing more than 16 acres of Missouri River bottomland in Blair, Cargill Dow’s new facility stands on a site that was once, itself, a cornfield. The plant is capable of producing more than 300 million pounds (140ꯠ metric tons) of NatureWorks PLA per year and uses up to 40ꯠ bushels of locally grown corn per day as the raw material for the manufacturing process. "While the environmental and sustainability aspect of NatureWorks PLA is a significant driver of interest in Cargill Dow’s products, what really closes the sale is the polymer’s unique range of performance attributes," Hobbs said. "We’re offering a range of film, rigid and bottle applications that have physical properties equal to or better than incumbent materials. Brand owners can also experience significant market differentiation by packaging items in our material," he continued. "For example, grocery and food retailers can now introduce concepts such as ‘natural in natural’ where they can sell products, like produce, in a natural-based package that performs as well as existing materials." For more information, see Cargill Dow’s Web site at http://www.cargilldow.com. 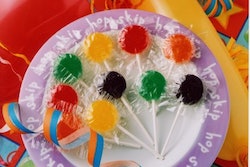 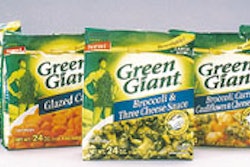 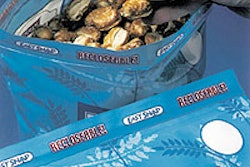 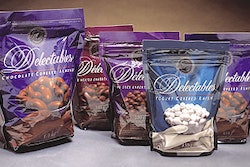