Attendees of MAPack '95 learned, among other things, that "oxygen shock" treatment may be the next trend in modified atmosphere packaging of fresh produce.

Sponsored by the Institute of Packaging Professionals (Herndon, VA) and held October 19-20 in Anaheim, CA, MAPack '95 included a presentation by Brian Day of England's Campden & Chorleywood Food Research Assn. (CCFRA). Day spoke of UK produce packers achieving "surprisingly beneficial results" by experimenting with high oxygen (70 to 100%) and carbon dioxide (5 to 30%) mixtures in barrier bags. According to Day, the inhibition of aerobic and anaerobic microbial growth in high-oxygen MA packages is easily explained. After all, anaerobes by definition don't prosper in such an environment. And aerobes generally grow best in 21% oxygen, so elevated oxygen levels are no good for them either. What's more difficult to explain, Day admitted to his MAPack audience, is why high-oxygen MAP inhibits enzymic browning of the produce. To better understand this and other aspects of oxygen shock treatment, a high-oxygen MAP Club has been formed. Coordinated by CCFRA, it includes major UK retailers such as J. Sainsbury, Marks and Spencer, and Safeway Stores, as well as produce suppliers and film, gas, and machinery manufacturers. Other interested companies are welcome to join in their research, says Day. Also part of Day's presentation was the table shown here. Based on data compiled by Marketing Strategies for Industry (Chester, England), it shows that in the UK, which represents 40% of the total European MAP market, an estimated 2.191 billion MA packs (of which 153 million were produce packs) were sold in 1994 and that growth is predicted to reach 3.249 billion MA packs (329 million produce packs) in 1999. Similar estimates are shown for France, which represents 25% of the European MAP market. 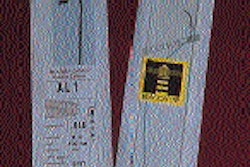 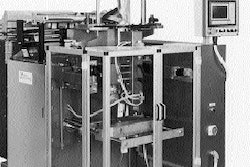 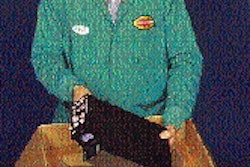