The Intl. Steel Packaging Congress 1999, held during interpack 99, illuminated ideas for European manufacturers at the turn of the century. Many points will resound also in the U.S.

There are often substantial differences between packaging in Europe and in the U.S., especially in the area of environmental concerns. But the similarities are far more striking. Several speakers at the 1999 Intl. Steel Packaging Congress, held in Dsseldorf, Germany, May 6, cast an interesting light on packaging that connects with consumers in Europe. The Congress, held at the Rheinterrasen on the bank of the Rhine River in downtown Dsseldorf, is sponsored by Apeal, the Assn. of European Producers of Steel for Packaging (Brussels, Belgium). Its one-day program drew some 430 participants, made up of steelmakers, canmakers, packagers and those that service these companies. The program was moderated by Mike Hewitt, publisher of Marketing Magazine in England. Although it really wasn't promoted as a keynote address, Andrew Doyle, managing director of design consultancy Holmes & Marchant Intl. (London, England), put a strong consumer spin on packaging, calling it "The skin of our culture." He explained that by calling packaging "the skin or visible sign of how consumers are thinking and acting. It's the most tangible expression of the bubbling soup that we call consumer trends." In fairness, Doyle credited the title to a British author. "My message to you from the consumer is that your packaging material needs to reflect consumers' needs and desires today. Otherwise, you are in danger of being known as the packaging skin of yesterday's culture," he warned. He said the number of trends were few, and he'd be happy if attendees remembered only one, what he called the "mother of all trends--time." He said it's the preoccupation of the Western world: how to use it and how to get more of it. In making this point, Doyle asked attendees to recall when computers and robotics were first being discussed, and how the public and workers were all going to benefit from extra free time. "How much have we got today? One hundred eighty precious minutes. This is the amount of time each day that we're not eating, sleeping, traveling, working or grooming," he reported. Amplifying on that, he said that a working woman has just 37 minutes each day to shop, prepare and cook for her household. "Now, you'd imagine that a traditional housewife [not working outside the home] would have a lot more time. And she does: two more minutes!" He also cited another example--19 seconds--the amount of time per supermarket visit a shopper has to browse, compare and select products from one of the main meal products categories. The average European store stocks 22ꯠ SKUs, while the average shopper buys just 35. The effect on packaging is that consumers are increasingly prepared to spend a lot of money for packaging solutions that win them time, Doyle said. While many in steel packaging are locked into the "value for money" paradigm, the new reality is that the prevailing paradigm is "value for time," borrowing a phrase from British author Alan Mitchell. By way of an example, Doyle reported that shoppers are "16 times more willing to pay for fish in an easy-use tray versus. fish in a steel can." In a microwavable tray, a fish product displays the "value of time," while the metal canned fish exhibits only the "value of money" to the shopper. That's not bad, but today time is more important than money. "This is absolutely crucial to packaging producers because you represent one of the key shortcuts that consumers use," says Doyle. 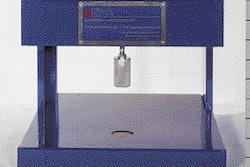 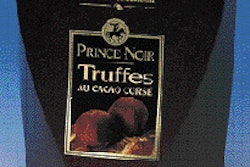 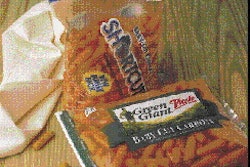