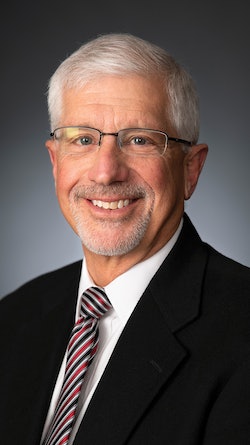 Packaging World:
What was your initial reaction as the seriousness of the pandemic began to sink in?

Bill Schreiber:
Initially there was a high level of uncertainty. There was no script and the guidance was evolving. At times the guidance seemed to change by the hour. Some people were of the mind that the situation was being blown out of proportion, that “It’s just the flu, it’s not as serious as it is being made out to be, and it certainly isn’t going to shut our business down.” Like others we planned for the worst and hoped for the best. But at the end of the day, COVID 19, for all of its heartbreak and unanticipated challenges, was transformational for O-AT-KA in terms of employee engagement. I had the unique opportunity to watch our succession plan play out before my eyes as leaders at all levels of the organization routinely demonstrated their trust, faith, and commitment. Our first objective was to make sure our employees were safe. This meant providing the knowledge and resources needed to create a safe work environment. These measures have proven effective still today. There is an expression that says, “Pain builds Character,” and this whole experience has been a reminder that you  can’t truly appreciate your own character or the character of your team until you have experienced the pain. As John Wooden once said, “… your character is what you really are, while your reputation is merely what others think of you.” It has been a wakeup call, and our team is stronger coming out of COVID 19 than we were heading into it.

I take it you managed to keep everybody safe while also keeping production up?
The team didn’t miss a beat on production. At one point our staffing levels were down by over 20%. People worked double shifts, came in early, came in on days off, and in some cases were operating with only 8 hours between shifts. Many of our senior managers spent more time on the plant floor in the last three months than they had in the previous nine. Leadership presence was important, but our frontline leaders carried the day. They refused to allow us to fail. At the height of the pandemic we weren’t just managing a process—we were managing fear, social media, speculation in the press, and concerned family members.

Were there unusual or unforeseen developments?
Certainly. Inaccurate letters to the Department of Health implied that we didn’t have sanitizer or cleaning chemicals available. One letter encouraged the DOH to close our doors. A local newspaper claimed we were negligent, implying that only the managers at O-AT-KA Milk were being supplied with PPE. None of this was true of course but it added to the “witches brew” of issues confronting us. We were able to overcome the negativity it created by focusing on communicating the facts while continually staying ahead of the evolving government guidance. Moreover, we sourced outside expertise from public health officials and medical professionals in developing our strategy. A second newspaper reached out for comment. I agreed to speak with them—but only if the reporter actually came into the plant to see us firsthand. I wanted him to wear a mask as we were, and we provided him with the same hand sanitizer being provided to all our employees. The Teamsters sourced bulk sanitizer and a small group of employees worked tirelessly to package it in 8-ounce plastic bottles. Remember, at the height of the pandemic sanitizer was unavailable. O-AT-KA was bottling it and providing it to employees and their families. Same story with masks. They were being reserved for front line workers. You couldn’t get them. We had ten volunteers including team members that were sewing them by hand. This effort produced over 3,000 masks which were also distributed to employees and their families. Anyway, the reporter filled out the COVID questionnaire and passed the temperature check. It was important to our credibility that he understood firsthand he was entering an entirely different world.

Go here to see what the OpX Leadership Network has to say about best practices for executing virtual FATs in a time of pandemic.

Go here to learn how broader use of cobots might be helpful in a manufacturing world altered by COVID-19.

Was that media coverage helpful then?
Not right away. The headline was to the effect of “CEO says he believes in his heart the company is doing everything possible to keep employees safe.” That prompted one employee, who’d been out of the plant for a period of time, to send an email. He felt my message was not true, that in fact we were putting people’s lives at risk. What this employee didn’t realize—couldn’t realize, actually, because he’d been out of touch during a fast-developing and transformational period—is that the plant he’d left was not the same plant he would be returning to.  While we didn’t do everything right on day one, the team was fast to recognize the magnitude of the problem and responded quickly. We were learning on the fly and our ability to be focused, decisive, and nimble made all the difference.

And the employee who sent the email?
I respected that he took the time to express his concerns in writing and had signed his name. I wrote back, on Easter Sunday, inviting him to come to the plant for a meeting with myself, our HR Director, and representatives from the Union. We spoke for an hour. The Union reps were very supportive of the policies and programs we had put in place to keep people safe. It was beyond anything they had seen in other manufacturing plants. Following our discussion, we did a virtual handshake and before the end of the day I received another letter from the employee. The message was much different. He thanked us for taking the time to address his concerns and said he left the meeting feeling much better about returning to work. He went on to say, “…I believe we can stay the course and get through this. I am in it with you!” This is the outcome you hope for and why you do the job. When team members trust leadership is listening and acting on their behalf, it builds confidence and brings us closer together. While there are dozens of similar engagement stories this was a turning point. As a team we are better listeners and a stronger company today for having gone through this experience.