During World War II, Ford made tanks instead of cars and Maytag made plane parts instead of washing machines. With hand sanitizer being the small-arms munitions of today’s pandemic crisis, cosmetics and distilleries are joining the war effort. 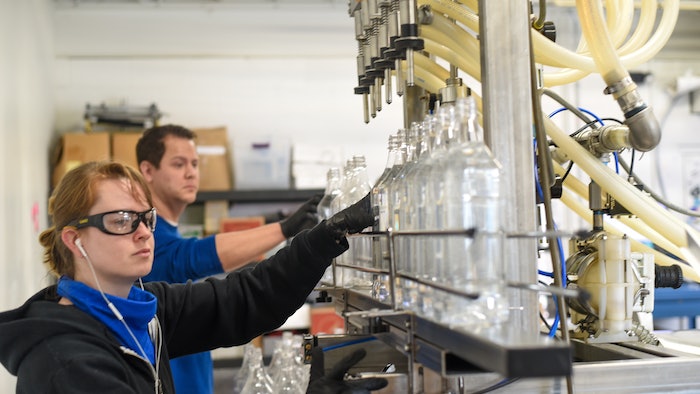 Skye Clarke (front) and Sam Epperson (back) of Cardinal Spirits fill bottles of hand sanitizer that are headed to a senior living community.

Big-time spirits distillers like Bacardi and cosmetics giants like Estée Lauder are playing the part of Ford and Maytag in today's battle against the coronavirus outbreak.

Bacardi announced yesterday that it is helping to produce more than 267,000 gallons of hand sanitizers. This comes on the tails of last week’s announcement that the Bacardi Corporation distillery in Cataño, Puerto Rico, in partnership nearby manufacturer Olein Refinery, will provide raw materials that will enable the production of more than 1.7 million units of 10-oz hand sanitizer. 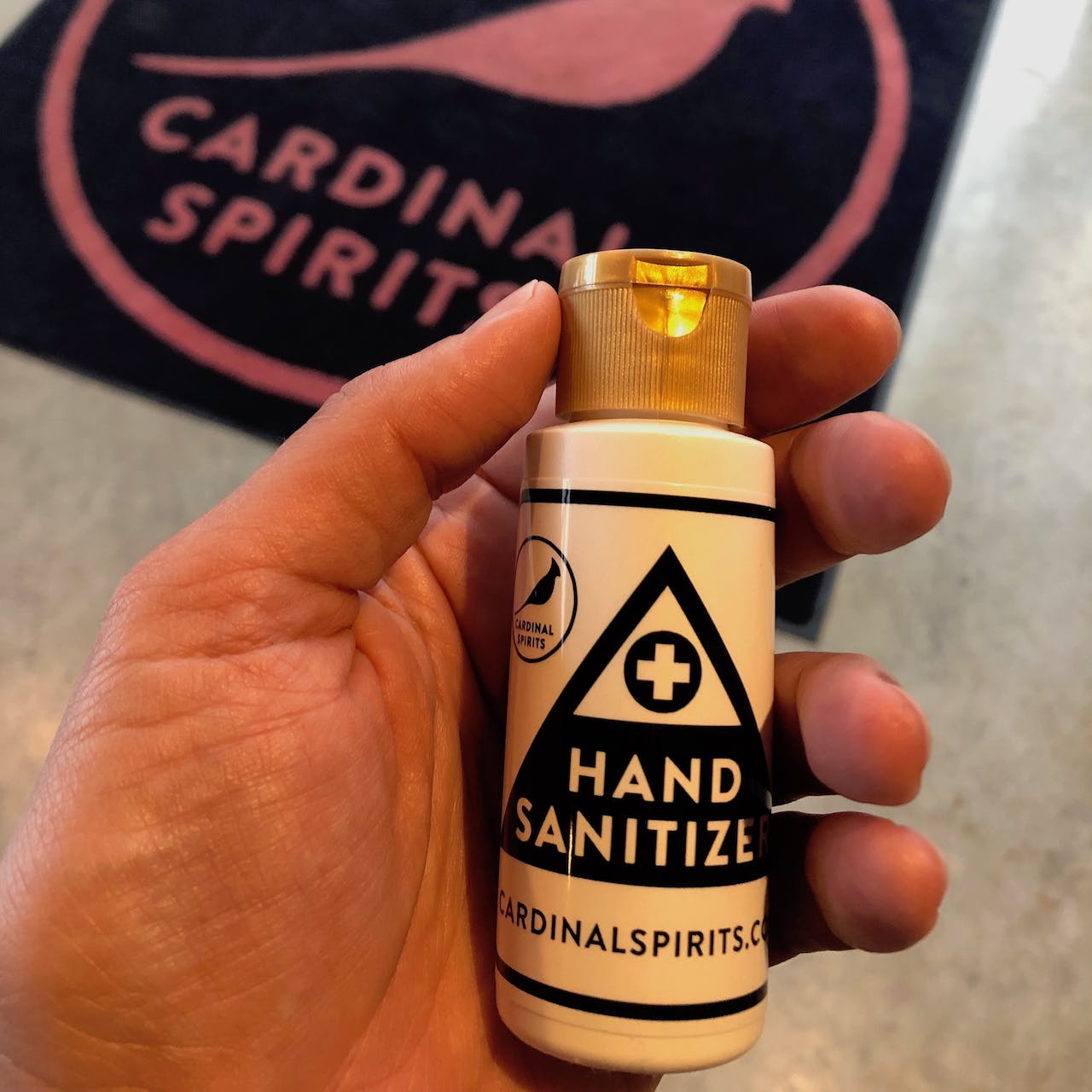 Meanwhile, Estée Lauder is reopening its shuttered Melville manufacturing facility to produce hand sanitizer for high-need groups. These are just the top industry-representative examples; the list of major-brand distilleries and perfume-makers joining the cause is exhaustive.

But the big, heavily automated spirits and cosmetics brands aren’t the only ones on the COVID-19 front line. This map, courtesy of The Distilled Spirits Council, shows—state by state—all of the small- to medium-sized distilleries that have joined in hand sanitizer production. As we well know, packaging is a key competency for all of these distilleries.

Packaging World spoke with Cardinal Spirits, Bloomington, Ind.’s fast-growing craft distiller. Only a few weeks prior to our conversation, Jeff Wuslich, owner and co-founder, was more worried about expanding the market reach of vodkas and rums that appear on USA Today’s Top Ten lists. Besides its branded products, sold in a 12-state footprint including the upper Midwest, New York, and California, the distillery also enjoys a sizable co-man/co-pack business for private label. But that all changed almost overnight.

It turns out that ethanol, the high-proof alcohol used as the base for craft spirits, is the main ingredient in hand sanitizer, along with water. Wuslich had both of those in abundance. Cardinal then needed to source glycerin and hydrogen peroxide, the latter of which might have been particularly tricky considering it has recently been a run item in retail. But his supply chain came through, and both remain available.

Container acquisition
“Then the big question was packaging,” he says. “It seems like everybody wanted every [packaging material] at the exact same time. But fortunately, we had done so much contract packaging work that we had a wide selection of vendors that we've worked with in the past, so we were prepared to work with each other again. We were able to source bottles of all shapes and sizes. They aren’t always the prettiest—maybe we’re getting a brown bottle with a purple top—but it was still something to put hand sanitizer in and get it out to the front lines.”

Containers by and large come from Berlin Packaging, with additional from Gamer Packaging. Varieties include a 2-oz PET with a flip top closure (being handed out for free at the location), an 8-oz. PET bottle with a spray nozzle, and HDPE gallon jugs. Also available are 1.75 L and 750 mL PET bottles more commonly found in the distilled spirits category, using more traditional closures.

The company’s go to label-maker in normal times is SGS from Cincinnati. But with an impossibly quick-turn around and all-new label sizes, an example of smaller-town business banding together for the local good, Cardinal Distillery teamed up with another nearby artisan—one with label printing capabilities—to quickly source hand sanitizer labels.

“There's a local soap making company called the Mad Optimist,” he says. “They've been able to turn [rolls of pressure sensitive] labels for us really quickly, and in much smaller volumes, which is great. Since we're doing a bunch of different sizes and shapes and quantities, we decided to go with a local company who’s knocking them out on their own.

Minimal changes to processing and packaging
A distillery makes ethanol anyhow, and is equipped with the stills, vats, and totes needed to make hand sanitizer. Cardinal has simply been taking denatured high proof alcohol, then added to it glycerin, hydrogen peroxide and water at the appropriate ratios that are recommended by the FDA. This is done in totes.

“Then we blend it either by hand or re-circulating it with a pump. Once blended, we transfer it to our bottling line and start bottling it up.” 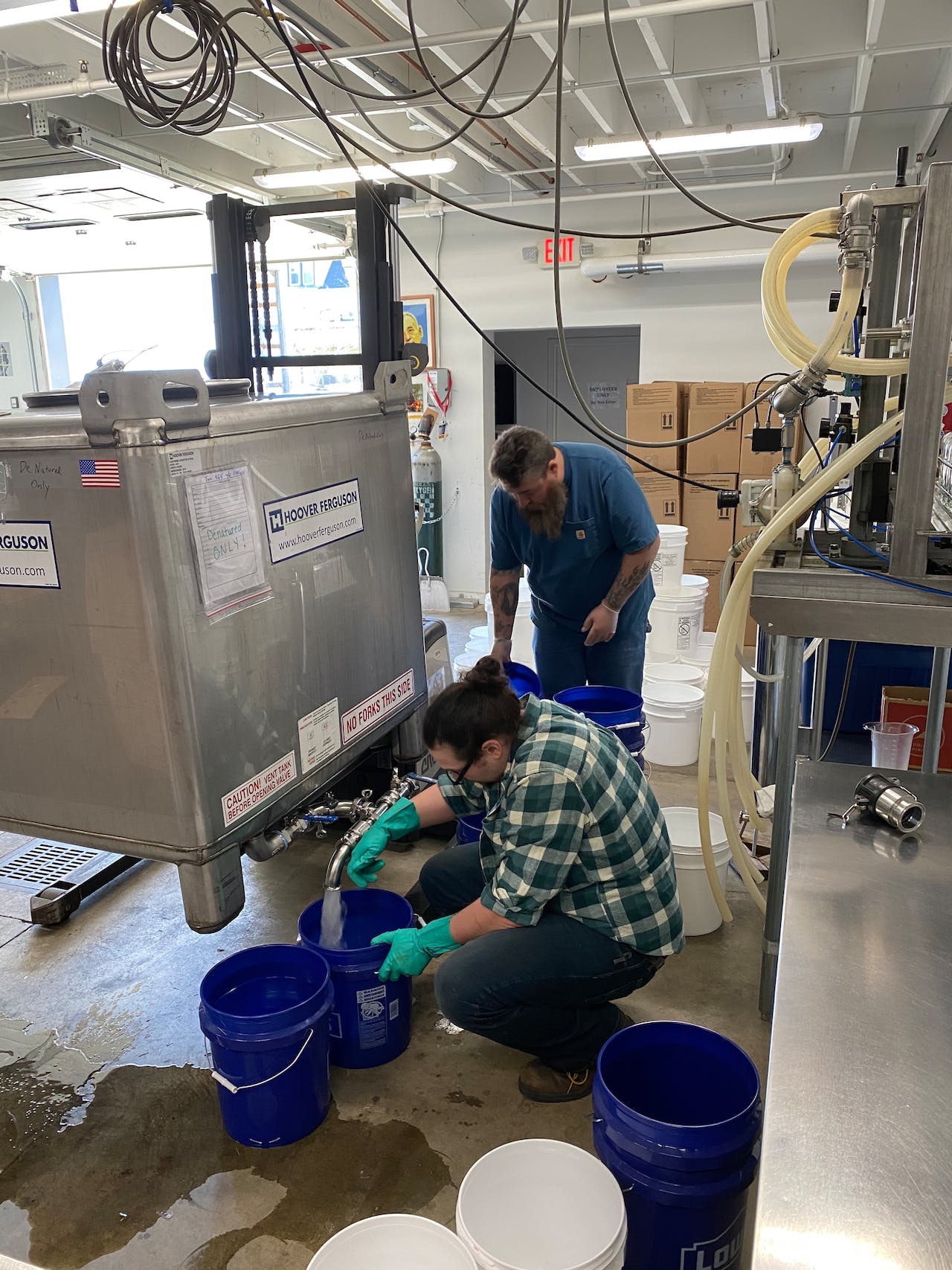 Kurt Justice (front) and David (Crash) Elliot (back) of Cardinal Spirits fill 5-gallon buckets of hand sanitizer that are being donated to emergency services like police and fire departments across Indiana.

The packaging line is manual, consisting of a series of stainless-steel tables and a pressure overhead, six-head filler from Liquid Packaging Solutions of LaPorte, Ind. The filler can produce about 1000 gallons per eight-hour shift at its fastest, depending on the container. Larger containers are quicker since there’s more filling and less gap time.

“Against an infeed slide rail, we'll line up six bottles at a time. The nozzles will plunge into each bottle and fill them full for the appropriate height. Then we'll raise the nozzles, make sure that they're at their appropriate fill level, and then we'll move those over to get sealed. Bottles are dry coming out of the filler.”

Containers of all sizes are hand labeled before filling. Because the distillery-made hand sanitizer is much less viscous than the usual store-bought variety, any overfill quickly evaporates and the bottles exit the filler dry with no distortion to the PSLs. “Overflow would drop to the tote below to be reused, but we don't have any overfill problems, or any solution going to the outside of the bottles,” he adds.

After the fill, bottles of hand sanitizer are hand case-packed into corrugated cases in various formats. An 8-oz bottle might be 42 to a case for instance, in cases from PCA out of Columbus, Ind.

Teamwork in a time of great need
Speaking of suppliers, Wuslich notices a stronger sense of solidarity along the supply chain, despite disruptions.

“All of our suppliers are working to give us good pricing and they're also working to get us things as quickly as possible,” he says. “I saw that today one of the truck drivers we were given was a fresh truck driver, with no hours on him, so he could drive it straight through. We've been giving them to everybody from police, fire, EMS, hospitals, ER departments. We’ve been able to get it to lot of senior homes for sure, senior communities, really all over the place. People that are able to pay, pay. We then make sure there’s enough margin in that that we can give some more away to those who can’t pay. So it's just kind of working it out the best that it can.”

A full-speed-ahead approach should include a well-defined destination and the avoidance of speed bumps.
Sterling Anthony
Mar 30th, 2021
More in COVID-19