Visit Orion Packaging Systems, a ProMach brand, in Booth 2214 to see how the updated features on its Flex LPA performs entire wrap cycle without operator handling film at beginning or end of cycle.

Orion’s Flex LPA automatic turntable pallet wrapping system automatically performs the entire film wrap cycle without the operator dealing with the film tail at the beginning or end of the cycle. To start the wrapping process, simply place the pallet load on the machine and pull a lanyard switch while backing away. Minimizing operator interaction significantly impacts efficiency by freeing staff to work on other tasks while the machine is wrapping.

It is engineered for 24/7 operation, features heavy-duty steel framework and turntable support system, AC motors, and a belt-driven carriage lift. Additionally, the wrapper is outfitted with Orion’s S-Carriage InstaThread pre-stretch film carriage that provides a consistent pre-stretch film of 260% at different tensions and 1 in. less neckdown – both of which allow customers to save up to 15% on film per load.

The Flex LPA system comes with several performance features and benefits, including:

• Load with a pallet jack, electric walkie or forklift

• Automatic force to load for even film tension

• Forklift portable from front or rear 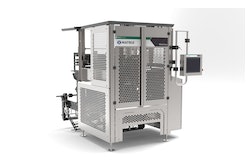 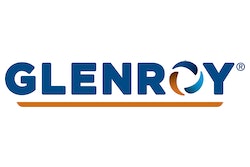