Both companies are now wholly owned subsidiaries of R.A. Pearson.

The separation from the machinery business has been a desired step in the growth trajectory of the systems integration group that was formed in 2015 in response to increasing demand for full turnkey solutions. Originally found as an OEM integrator, continued growth rests on the groups’ independence and ability to partner with equipment and service providers that offer best-in-class, application-specific solutions. Since some of these providers directly compete with Pearson Packaging, legally separating the two businesses establishes a visible barrier to undesired information exchange and potential conflicts of interest.

“System integration is a very different discipline than designing and building equipment. Each automation specialty relies on distinct talents, processes, and vendor relationships. And although the systems group was a separate division within Pearson Packaging Systems, several potential OEM partners were understandably reluctant to quote equipment to what they otherwise perceived as a competing business,” explains Michael Senske, who has moved from the position of President and CEO of Pearson Packaging Systems to CEO of the holding company R.A. Pearson.

Liking it to the analogy of “Leaving the Nest”, Senske continues to explain that after Pearson Packaging nurtured and developed its prodigy for the past five years, Syntakt is now ready to fly on its own. “We had to cut the cord to remove the parental ties to Pearson.”

With a new name, carefully chosen to merge Synergy and Takt Time, Syntakt’s mission is to help customers remain competitive and grow by synchronizing their packaging system’s throughput with desired takt time needs. With its turnkey approach, Syntakt assumes full responsibility for the entire automation project from concept to production start, allowing customers to sidestep the risk complex integration projects naturally carry and to save hundreds of hours of valuable time, while preserving specialized resources for other tasks. In addition to providing a dependable fixed cost to customers, the turnkey approach also facilitates rapid vertical start-ups. 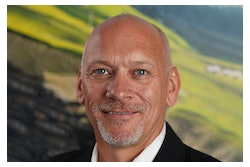 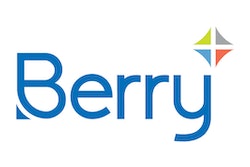