Looking at the economy’s impact on packaging careers, an exclusive 2011 IoPP/Packaging World survey finds incomes continue to climb as the workforce is stretched to its limit.

$107,440. That’s the weighted average for total 2011 earnings for packaging professionals, including salary, bonus, cash incentives, and commission, according to respondents to the 2011 Salary Survey.

Much more than reporting earnings, this definitive packaging survey sought to examine how the 2011 economy made an impact on packaging careers, and how jobs may be affected in the future. More than 1,400 packaging pros responded to the online survey, which was conducted from Jan. 11, 2012 to Feb. 15, 2012. Some of the income highlights:

The modest income gains of the past two years seem to echo the notion that the economy is gradually pulling out of the “great recession.” To some extent, job stability was reflected in the results, showing that more than eight in 10 workers—82% to be precise—indicated they experienced no job change in 2011. Those figures, however, are open to interpretation.

“A decent job is good enough for now. That’s what I glean from this report,” says Dennis Gros, president of Gros Executive Recruiters. “Compensation increased in 2011 for 64 percent of our survey participants. Of that group, 30 percent of the raises were less than four percent, yet 56 percent are satisfied with their current pay.”

He also notes that 10% of this survey’s respondents are not currently employed in packaging. “That’s high,” says Gros. “During a robust business cycle, that number would probably be about five percent.”

Greener grass?
If the economy grows, overburdened workers could seek greener packaging pastures. Says Gros, “We asked whether participants expect to be looking for a new job in 2012. We learned that nine percent are currently seeking employment, another eight percent plan to seek new employment this year, and a significant 23 percent could possibly be in job-search mode this year. Employers, cover your human resources now!”

In a down economy where jobs are precious, employee satisfaction is easier to achieve. But it appears as if the combination of an improving business climate and greater job demands are beginning to cause packaging pros to become more assertive in their career plans. Gros notes, “Forty-six percent of our survey participants feel overburdened with their current job duties and responsibilities. Here’s how that will play out: The workforce is stretched to its limit. A slight increase in business will require the hiring of new employees. The current staff can’t handle any more work. In the recruiting business, we’ve seen a little of that in the first quarter, and we hope it will continue.”

Worker frustration was evidenced in some of the 2011 Salary Survey verbatims, including one respondent who said, “At my current company, there are no future career opportunities for improvement. No one is moving out of any upper engineering or management positions. I am actively looking for a new opportunity.”

Touching on job satisfaction issues, another respondent said, “[I] would like the opportunity with job duties that are not pulling [me] in different directions all the time. [Would like] time to actually accomplish [tasks], have the money, engineering, and maintenance staff to improve the packaging line.”

At the apex of the job satisfaction mountain was the respondent who said, “My career opportunities are fabulous. Each day is better than the day before. The technology, economy, and overall packaging advancements are growing by leaps and bounds. Financially, this will be the most amazing year ever for my company.”

Can’t get no satisfaction?
Not only did salaries increase in 2011 over the two previous years, but also bonuses escalated as well. In fact, 61% of respondents earned them last year. The average weighted bonus was 10.5%, with 15% of respondents enjoying bonuses exceeding 20% of their total compensation. On average, that was 1% more than 2010 bonuses. More good news: More than two-thirds of respondents felt somewhat secure or very secure with their current job security, with only 7% responding they were very worried.

These lukewarm figures showed up again in a question about satisfaction with current job duties and responsibilities, where 46% said they were somewhat overburdened or extremely overburdened. One third indicated they felt neutral about the topic. Another 20% said they either desire some or many additional responsibilities.

The northward direction of salaries and overall compensation for the past three years lend greater credence to the belief that because packaging is a function of multiple industries it can withstand economic downturns better than a specific industry can. The recession we’ve gone through and the salary survey results from recent years seem to demonstrate that this axiom still holds true. 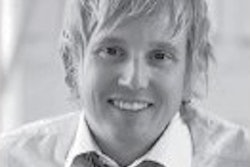 Method co-founder to speak at NextPack 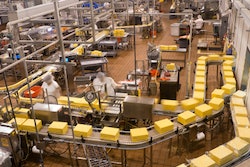 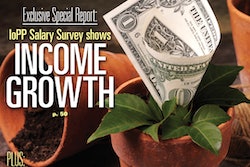 Did the 2011 economy have an impact on your packaging career?