By educating consumers on the how-tos of PE film recycling, a WRAP campaign helps increase the recycling rate in Vancouver, WA, by 125%.

A Wrap Recycling Action Program (WRAP) campaign in Vancouver, WA, has helped to more than double collection of plastic film wraps and bags through return-to-retail recycling programs, according to a new case study conducted with the City of Vancouver’s Environmental Resources Division. Notably, the report also found a 75% decrease in plastic bag contamination at a local municipal recycling facility (MRF) by residents who had received regional educational outreach materials.

“This was really a model campaign. It goes to show how effective WRAP can be when we all work together,” says Shari Jackson, Director of ACC’s Flexible Film Recycling Group. “We showed we could get the word out to increase wraps, bag, and film collection at retail stores with negligible contamination.”

“Leveraging partnerships, we were able to educate residents to keep this material out of our curbside program and divert it to the retail drop-off infrastructure, where it belongs,” says Tanya Gray, Solid Waste Supervisor at the City of Vancouver. “Importantly, these efforts have raised awareness of the ease and opportunity to recycle a variety of plastic film, beyond the bag.”

WRAP, a scalable program with national reach, continues to gain momentum; in addition to Vancouver, WRAP just released the results of a similar public education campaign in Milwaukee, WI, which also showed a measurable increase in at-store collection of PE film. Furthermore, North Carolina recently announced that it plans to implement a WRAP program this year and additional states are expected to announce soon.

Plastic film is one of the fastest growing areas of recycling in the U.S. The 2014 National Postconsumer Plastic Bag and Film Recycling Report, authored by Moore Recycling Associates Inc., announced an 80% increase in plastic film recycling since just 2005. During that time, film recycling has grown from 652 million pounds to 1.17 billion pounds annually, and based on EPA’s data, the recycling rate for film has grown from 6.6% to 17% of production.

Currently, more than 90% of Americans have access to a local program that collects PE wraps and bags, primarily at more than 18,000 major grocery and retail stores. 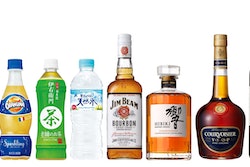 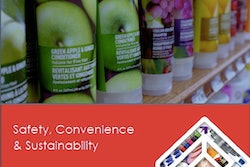 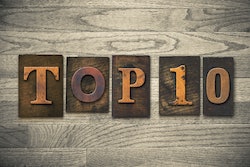 Reduce, reuse, recycle is the theme for GreenerPackage.com’s top 10 of 2015