A quarter-million tons of plastic pollution found in oceans

The 5 Gyres Institute compiles six years and 500,000 nautical miles worth of information to provide a global estimate of plastic pollution in the world’s oceans.

The first global estimate of plastic pollution of both micro- and macroplastic floating in every ocean on earth has led researchers to conclude that the smallest and most insidious particles are present throughout the world’s oceans. The new report, published in the PLOS ONE scientific journal, culminates more than six years and 50,000 nautical miles of pelagic plastics research.

“When The 5 Gyres Institute formed in 2008, we set out to answer a basic question: How much plastic is out there? There was no data from the Southern Hemisphere, Western Pacific, or Eastern Atlantic. After six long years and a wide-reaching collaboration, we have completed the most comprehensive plastic pollution study to date,” says Marcus Eriksen, PhD, Director of Research for the 5 Gyres Institute. “We’ve found microplastic ocean pollution, in varying concentrations, everywhere in the world.”

The new research also demonstrated some unexpected findings, namely a dramatic loss of microplastic from the sea surface in the garbage patches of the five subtropical gyres—large areas of rotating currents where the fragments tend to accumulate. In addition, the survey found a wide distribution of the smallest microplastics in remote regions of the ocean. Though concentrations in the gyres are lower than previously reported, plastics occur nearly everywhere, often far outside of the garbage patches.

Eriksen led a team of nine researchers from six different countries including Capt. Charles Moore, who found the first garbage patch in the North Pacific. The researchers contributed data from 24 expeditions studying plastic floating on the sea surface. Microplastics were collected with nets, while floating macroplastics were counted by systematic observations. These data were used to populate a model that assumes plastic enters the oceans from rivers, shipping lanes, and densely populated coastlines. The data and model show that large plastics are abundant near coastlines and degrade in the five subtropical gyres into microplastics, the smallest of which are, surprisingly, present in more remote regions such as the subpolar gyres.

The garbage patches should thus be characterized not as repositories or final resting places, but as shredders and redistributors of trash, where sunlight (UV), oxidation, embrittlement, breakage by waves, and fragmentation by grazing fish all degrade large plastic pieces to tiny fragments. These microplastics are then ejected from the garbage patches through various mechanisms such as foraging and filter-feeding by marine organisms, and subsurface currents.

“Our findings show that that the garbage patches in the middle of the five subtropical gyres are not final resting places for floating plastic trash,” Eriksen says. “Unfortunately, the endgame for microplastic is dangerous interaction with entire ocean ecosystems. We should begin to see the garbage patches as shredders, not stagnant repositories.”

The new research categorized plastic into four size classes, from roughly equivalent to a grain of sand, to a grain of rice, to a water bottle, and finally anything larger. Using conservative fragmentation rates, the researchers expected to find more small particles than larger ones. Surprisingly, their model showed that the smallest fragments are less abundant than the next larger size, but more small particles are found outside of the garbage patches.

“One would expect an exponential increase in the number of plastic particles due to fragmentation,” says Martin Thiel, a co-author on the study. “But this was not the case. Although the two smallest sizes combined accounted for more than 90 percent of the total count, there were more than 100-times fewer of the smallest particles than expected.”

A worldwide distribution of microplastic is more problematic because smaller particles have a greater surface for the absorption of pollutants than larger pieces. Plastics act like sponges, absorbing toxins such as PCBs, DDT and other pesticides, flame retardants, and other persistent organic pollutants found in our oceans. Other research has established that some marine organisms, including seabirds and fish, ingest these toxic plastics and may de-sorb these toxicants.

“The garbage patches could be a frightfully efficient mechanism for corrupting our food chain with toxic microplastics,” says Eriksen.

The 5 Gyres Institute, which uses research to motivate change, contends that companies must take responsibility for the entire life-cycle of the products they create. Working in collaboration with multiple government agencies, NGOs and responsible corporations, the 5 Gyres Institute will continue to support campaigns such as its ongoing effort to replace plastic microbeads in cosmetics and toothpastes with biodegradable alternatives.

“Knowing that plastic pollution becomes hazardous waste in the ocean, it is essential that innovative products and packaging designed for recovery replace the single-use, throwaway culture of the past,” Eriksen says. “It’s time to focus our mitigation strategies upstream from production to disposal. The status quo is not acceptable. Our goal is to vanquish the idea that oceans can bear our waste and to usher in an age of restoration and responsibility.”

Learn more about the project in this video. 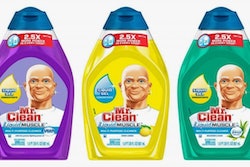 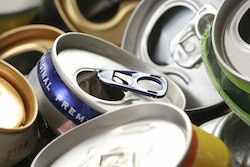 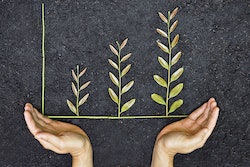