Laying down the (packaging) law

The FDA looks to increase its global presence in an effort to safeguard food and beverages to better protect consumers. Packaging plays a role.

The Food and Drug Administration is under fire as never before. Environmental law developments around the globe continue to expand and become more complex. Properly coded packages helping federal, state, and local governmental organizations get to the root of food recalls. And don’t look now, but nanotechnology is beginning to make a positive impact in the packaging world.

These were among the key findings at the June 17 Packaging Law Forum produced by Packaging World magazine. Event moderator Eric Greenberg, a columnist for Packaging World and Healthcare Packaging magazines, noted that several mainstream food and drug safety issues have “FDA under fire as never before.” He cited food handling and recalls, problems with imported food, biologics, and drugs such as Heparin, and pressure from congress for the agency to exercise greater scrutiny regarding foreign suppliers.

David Acheson, the FDA’s associate commissioner of foods, who recently addressed questions on Capitol Hill, spoke about the current state of the agency and its plans to better safeguard America’s food and drug supply.

The FDA is under fire not just from Capitol Hill, but also from consumers whose trust in the agency is waning. Budget limitations are becoming especially vexing as the number of foods, beverages and drugs continue to expand. “Fifteen percent of the food in the United States is imported,” said Acheson. “With seafood it’s 80 percent, and with produce it’s between 50 and 60 percent.”

Other changes and challenges for the FDA, he said, are “increasing numbers of high-risk individuals, including the elderly and immune-compromised, new food-borne pathogen discoveries, the threat of bioterrorism, deliberate product adulteration for economic gain, and high-profile outbreaks that diminish consumer confidence.” Among those: Hepatitis A in green onions, E. coli )157 in spinach and lettuce, salmonella from peanut butter, C. botulinum in chili sauce, melamine and cyanuric acid in pet food, and now the tomato situation.

Acheson said the FDA is taking action, focusing on prevention, intervention, and response plans. The agency is establishing a risk-based approach, forming a steering committee. It will continue to work with state and local agencies, and increase its international presence. “We hope to have an office in China by the end of the year, and have a desire to establish a presence in India, South America, Central America, Europe, and the Middle East. Putting staff in global offices represents a considerable change,” Acheson stated.

“We need to build these relationships, to learn more about the Chinese government, how it works,” he added. “When it comes to food, we need a new approach that goes beyond inspection.” Inspection alone represents a “great wall” of sorts. Acheson told the Packaging Law Forum audience that the FDA is considering the use of “qualified third-party [orgainizations] with accredited systems that FDA approves” to help inspect a greater number of foreign plants that supply foods, beverages, and drugs to U.S. consumers.

Packaging is part of the solution

“If we’re in trouble at the federal level with resources, you’re in real trouble at the local level,” said Acheson, whose presentation followed that of Marlena Bordson, division chief of the Illinois Dept. of Public Health’s Division of Food, Drugs and Dairies.

Bordson estimated that her group has 24 field staff representatives responsible for 4,600 plants in Illinois. The FDA specifies how frequently inspections are required, she says, with Grade A dairies and shellfish repackaging plants receiving considerable scrutiny.

Greenberg praised Bordson for just showing up at the June 17 PLF due to recent flooding that’s devastated parts of the Midwest. “Flooding has caused huge concerns regarding the public health,” Bordson says. “Major bottled water companies have been instrumental in helping to provide drinkable water, but it’s a major undertaking. We asked, ‘How soon can you get 100,000 gallons of water to Illinois in consumer-sized packs?’ And then trucks couldn’t even get through.

“We’ve been especially fortunate with faith-based organizations participating in the relief effort, and the strong community role volunteers play,” she continued. “But these people need packaged bug spray, food, water, sunscreen, tetanus vaccines, and you can’t imagine the challenge of getting ‘port-a-potties’ where they’re needed.”

Beyond packaged goods to help workers, Bordson praised packaging for helping to resolve recent health issues regarding spinach and lettuce. She said packaging is vital in the track-and-trace efforts of finding where the problems came from and helping us to address these issues and to warn the public to look for certain brands and product codes. “That’s why the tomato issue is so challenging, because you have so many varieties that aren’t packaged so you don’t know where they’re sourced,” she said.

Although Midwest floods pose environmental concerns, there are plenty of international developments regarding environmental packaging law. Victor Bell, president of the Environmental Packaging International (www.enviro-pac.com) consultancy, presented slide after slide of environmental regulations and fees in virtually every corner of the world.

“But right now, the biggest regulators are retailers like Wal-Mart and Tesco,” he said. “With its scorecard, Wal-Mart has become the regulator of the day. They want data points for every packaging. They want all of it to be auditable and will use the information in making placement and purchasing decisions.”
Among Bell’s other key points were the following:

In another Packaging Law Forum presentation, Mark Duvall, managing counsel for The Dow Chemical Company, spoke on “Nanotechnology and Food Packaging.” Citing the National Nanotechnology Initiative (www.nano.gov), Duval noted that technology is nanotechnology only if it involves all of the following:

Duvall pointed out the nano-based food and beverage packaging include the following:

Looking to the future, he told the Packaging Law Forum audience, “There are many opportunities for nano-enhanced food and beverage packaging—still mostly in the R&D stage.” He cited technical performance, cost-effectiveness, and health and environmental considerations as import in the nanotechnology arena. “The FDA is beginning to deal with nano-enhanced food packaging, yet there’s more work to be done. The European counterpart, European Food Safety Authority, is proceeding similarly.”

Updates regarding future Packaging Law Forum conferences will be reported in Packaging World properties including the print magazine, E-newsletters, and the Packaginglawforum.com Web site. 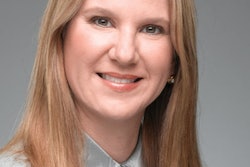 The NFL and packaging 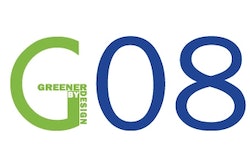 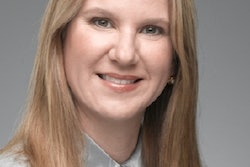 Packaging R&D inside the NFL