Danielle Jezienicki, Senior Director of Sustainability for Grove, shares how the company’s ambition to be plastic-free is the first step toward a circular economy.

Grove Collaborative, a creator and curator of 150+ healthy, effective, ethically produced, and cruelty-free personal care and household cleaning brands sold primarily online, has just three short years to meet its goal of being plastic-free by 2025. While the company has a ways to go, Danielle Jezienicki, Senior Director of Sustainability for Grove, says she’s optimistic about the progress made by Grove thus far since the company’s five-year Beyond Plastic™ goal was set in 2020.

“We’ve seen a tremendous amount of progress in a short amount of time, and I think the most encouraging thing is how much consumers are leaps and bounds ahead of where we expected them to be, adopting new formats, exploring the brands, and thinking about possible alternatives,” she said. Jezienicki shared these thoughts in an interview with Emily Tipaldo, Executive Director of the U.S. Plastics Pact, during a session, “The Race to 2025: Achieving Plastics & Packaging Goals,” during GreenBiz’s Circularity 22 conference, held in May in Atlanta.

Providing background on Grove’s zero-plastic goal, Jezienicki shared how, in 2020, the company—wanting to set a sustainability commitment—looked across the CPG industry and determined plastics was the number-one issue. “The whole industry has been built on the back of this seemingly disposable, cheap, single-use plastic. Obviously it’s convenient, but what happens to it after?” she said.

“As consumers, we’ve been conditioned to think, ‘I want clean hair, so that means my shampoo bottle’s going to last for 500 years.’ Same thing with the diaper,” Jezienicki continued. “We felt like this challenge was really our opportunity to provide a new perspective. We are sustainability-focused at our core. We’re not a public company, so we had the ability to set a really ambitious goal, really reimagine the future of sustainable products.

“Grove’s mission is to have household essentials be a force for positive impact, and simply put, it didn't feel like plastic could be part of that equation in any meaningful way.”

As a result, Grove began with a plastic-neutral commitment whereby, as of 2020, for every ounce of plastic that’s shipped to its customers, Grove collects the equivalent amount of plastic pollution through its partnership with rePurpose Global. On its website, the company shares that so far it has removed nearly 10 million pounds of plastic—equal to the weight of 485 million plastic bottles—from nature.

However, Jezienicki noted, being plastic-free is still not a perfect goal when it comes to sustainability. “There are issues with switching to other materials, and we’re super aware of those. We’re constantly acknowledging these tradeoffs,” she said. “What I always say is we’re not trying to get from single-use plastic into single-use aluminum or glass. The idea is to build a foundation for a circular system, but moving out of plastic was a first step to it.”

For third-party brands, Jezienicki reassured the audience that Grove’s goal is not to “kick everyone off the platform in 2025” if they’re not plastic-free. Instead, Grove has formed a Plastics Working Group that meets on a monthly basis or so to share best practices. “We try to be as open and transparent as possible about the fact that this is a challenging goal, and that if we knew how we were going to get there, it wouldn’t have been the goal we set. It has to be unknown because we feel like we have to push the industry forward,” she said.

For its own-brand products, Grove has implemented some interim solutions for packaging that move it closer to being plastic free. One example is the company’s concentrated cleaners. In contrast to a traditional cleaning product package, with a plastic bottle and trigger spray, where the bottle may be recyclable, but the formula is 90% water, and the trigger spray ends up in a landfill, Grove offers a reusable glass bottle with plastic trigger spray and concentrated formulas in small glass bottles.

“Customers eventually save money by adopting this format,” Jezienicki said. “It’s largely a plastic-free solution, other than the sprayer, so that’s a really nice example of the best available solution. We’re not saying it’s 100% plastic free, but it’s kind of where we are today. Look, we can save you money. We have these great products. They’re largely plastic-free, it’s refillable, it’s reusable. Is it 100% there? No, but it’s where we are today.”

She added that it feels like an easy tradeoff for customers to make—it’s just a different format—which is a driving factor for Grove in its plastic-free packaging innovation. “You can't push people too far. In terms of sustainability, it has to feel like a natural transition,” she explained. “If you think of Tesla, some people want Teslas because they’re electric cars, but they’re cool cars, right? They’re not ugly cars. You’re not asking people to go electric because it's the right thing to do. You’re giving them all these other benefits. So, I think it has to be the same way with all of your household essentials or all of your sustainability habits. It has to feel like a natural change where you’re talking about the benefits and then, oh, by the way it’s more sustainable. It reduces the carbon footprint, but it also has to reduce cost. It has to work. There has to be no question about feasibility and effectiveness.”

Asked by Tipaldo what she believes is the future for household essentials, Jezienicki said “it’s not a box that comes to your house of single-use, non-plastic packaged goods that goes into the recycling bin.” She added, “We have to find a way to get that packaging back. We have to look at other solutions.”

But changing that consumer behavior is a challenge, she admitted. “If everybody was used to going to a co-op to pick up their local produce and refill everything, it would be easy,” she said. “But we’re used to receiving boxes every day and kind of throwing things away and never seeing them again. So it’s a really, really big change, and I don't think that journey is over, of course.”

Based on Grove’s experiences, Jezienicki had two pieces of advice for those companies just getting started on their sustainability journey: “One is if you know how you’re going to reach a sustainability goal, I would argue that it’s not ambitious enough, if it’s just kind of a matter of continuing the work you’re already doing. I think there has to be a question of innovation, of the unknown, pushing your industry forward, and I think that’s really important. The other thing is trust—trust consumers, trust the industry, trust your partners. We’re all trying to do the same thing. I would say it’s a race to 2025 in the sense that we’re all trying to go to the same destination, but we don’t need to beat each other there. We all need to get there together. So, if you set an ambitious goal, there are others who will be motivated by that.” 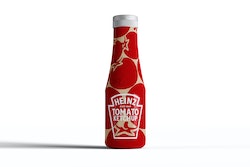 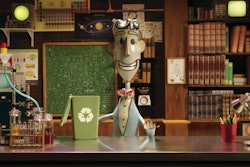 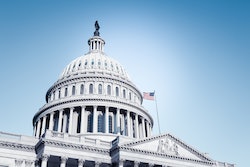