Addressing consumers’ challenges with growing edible plants from seeds, Scotts Miracle-Gro launches a seed pod made from molded fiber that gets planted directly in the ground.

In recent years, lawn and garden products manufacturer The Scotts Company, along with its Scotts Miracle-Gro arm, have launched innovative gardening and lawn-care products for the beginning gardener that have dazzled both the consumer and the packaging community. Take, for example, the Institute of Packaging Professionals’ Ameristar award-winning Scotts Snap cartridge spreader system with complementary Scotts Snap-Pac pouches, launched nationally in 2012 to address consumers’ pain points related to lawn and garden care (see pwgo.to/218).

Spring 2013’s new offering—the Miracle-Gro Gro-ables Seed Pod—now gives gardeners a breakthrough method for reliably and confidently growing their own vegetables and herbs directly from seeds, using a pod encased in compostable material planted directly into the ground. The “tri-acorn” shaped product, also serving as the primary package, is made from a molded-fiber material and holds the seeds, growing material, and slow-release plant food.

“We have known for some time that consumers struggle to grow plants from seeds,” explains Scotts Research Principal Brad Schultz. “It’s a problem that people have tried to solve for years. In fact, some of our initial prior art searches turned up patents from the 1940s. Once we developed our initial concepts, we conducted qualitative and quantitative research with consumers who consider themselves users and nonusers of lawn and garden products. The positive response was universal.”

Over several years, Scotts Miracle-Gro collaborated with its R&D, marketing, and supply chain departments as well as with a number of suppliers to develop the Gro-ables concept. Among the challenges faced by the project were designing a user-friendly, intuitive, and convenient pod shape, engineering and manufacturing the steep sidewall angle of the molded-fiber outer shell, and developing the proper growing media for the pod.

From concept to product
One supplier playing a pivotal role in the development of Gro-ables was research-based design consultancy Group 4, which helped Scotts Miracle-Gro go from the “seed” of an idea to commercial product.

“The insight that there was a need in the market for this type of product came from Scotts Miracle-Gro,” says Group 4 Director, Product & Structural Design, Bob Bruno. “They knew there was a large segment of consumers who wanted to start plants from seeds, but they lacked the knowledge and the confidence to do so.”

To identify the specific challenges of growing edible plants from seeds, Group 4 conducted ethnographic studies and consumer focus groups, from which they learned that “a number of consumers had tried growing from seeds and had failed at various levels, and went right back to buying more expensive starter plants,” explains Frank von Holzhausen, President & Chief Design Officer, Group 4. “They failed for a number of reasons. We found they just didn’t know the proper way to plant a seed. How many seeds do you put in a little section? What’s the spacing? What’s the depth? What’s the proper growing medium? How often should you fertilize? All those things were kind of guesswork. Many times they guessed wrong, and they gave up.”

The goal was to develop a solution that would eliminate the guesswork, but not make the process automatic. “We found that consumers were most excited by ideas that still allowed them to work with the soil and plant the seed and actually feel some of the pride that comes with getting your hands dirty and growing your own plants,” says Bruno.

Among the requirements for the final structure was that it be easy to plant, pushing right into the soil, look natural, and decompose in the garden from one planting season to the next. According to Bruno, a number of shapes and planting methods were discussed, from which half a dozen prototypes were created and presented to consumers. “The one we ultimately elected to go with has sort of a tapered acorn shape,” he says. “It actually pushes the soil aside when planted and is strong enough for the planting process, but it is made of materials that are absorbed naturally into the soil.”

According to Scotts’ Schultz, Group 4’s ability to distill consumer needs into practical, manufacturable designs resulted not only in the seed-pod concept, but also in ideas for future products. “One of the benefits of brainstorming sessions is the volume of ideas that can be generated,” he says. “Although the seed pod rose to the top of our concepts, there were many other ideas that are helping us to build a pipeline of innovative products.”

Multicomponent product presents challenges
The Gro-ables Seed Pod is a multicomponent package/product that involves a number of proprietary suppliers. The largest component of the product is the outer shell, molded of what Schultz identifies as a “proprietary formulation” comprising a compostable molded-fiber material. “The seed pod is 94-percent compostable,” he says, adding the other 6% consists of some components of the slow-release plant food that are not compostable.

“We did a tremendous amount of research into finding the best material for the seed pod,” he says. “It needs to protect the product in distribution, allow the plant to thrive, and convey ‘natural’ to the consumer. The best part of the Gro-ables Seed Pod is that it breaks down into beneficial compost in the soil. When it’s time to plant the next year, there is barely a trace of the seed pod in the soil.”

Schultz adds that Scotts Miracle-Gro’s use of compostable materials was not about making claims, but rather about making the experience a positive one for consumers. “Our goal was very much consumer-focused,” he says.

Among the hurdles of the seed-pod project was manufacturing of the outer shell. “One of the biggest challenges in the world of molded pulp, much like in thermoforming, is the sidewall angle,” says Schultz. “The shell is fairly steep-sided, and it has a fairly deep draw, if you will. So finding the right supplier that was able to meet those requirements was definitely a challenge.”

Just as important as the outer shell is a growing media plug, provided by another proprietary supplier, that fits inside the shell. Made from a variety of organic materials, the molded plug provides a “nest” for the seeds that optimizes water content, buffers the sometimes acidic effect of time-release nutrients located at the bottom of the shell, and provides the proper seed depth. The plug is molded with three “dibbles,” or holes, into which the seeds are placed and then covered with growing media. Three seeds are added to each pod to ensure the Gro-ables “Guaranteed to Grow!” claim is met.

According to Group 4 Director, Engineering, Matthew Phillips, the biggest challenge of the project from an engineering point of view was to identify the correct dimensions of the molds for all of the different components so that they could be assembled like injection-molded products on a production line. “Because the components are all pretty much organic materials, quality control was very difficult,” he says. “But the team at Scotts Miracle-Gro, with our assistance and the assistance of manufacturing partners, achieved that.”

The seed pods are assembled using custom-engineered equipment from an unnamed manufacturing partner that can be changed over from one seed to another in a matter of minutes, according to Phillips. During packaging, shells are loaded into a machine, and plant food nutrients are placed into the bottom of each shell, followed by the growing media plug. The seeds are then placed into the dibbles, and growing materials are added to top off the holes. A light spray coating is then applied to the top of the material to prevent it from coming loose during transit. Over this is applied a two-panel, booklet-style label, attached with a water-based glue, that offers complete product information, planting instructions, and regulatory copy. An average of 15 g of material are contained in each pod.

To plant a seed pod, the consumer tears off the multi-panel label and pushes the pod into the dirt until the lip of the pod is flush with the ground. Pods can also be planted indoors in pots. For outdoor use, with the flange of the pod visible in the ground, consumers are better able to space the seeds the recommended distance from one another. While plant food and fertilizer is included in the pod, consumers still need to water the plants.

Seed-pod success
Scotts Miracle-Gro Seed Pods were introduced online via Amazon and in limited markets in 2013, and will be launched in regional markets in 2014. The line consists of 17 seed varieties, including vegetables such as butterhead lettuce, sweet pepper, cucumber, and pumpkin, and herbs such as cilantro, basil, and dill. Schultz says other varieties are in the works.

At retail, seed pods are sold individually in bins, or in multipacks of six, 12, or 18 pods. Group 4 developed the secondary packaging used for the multipacks, which minimizes the use of material, making the seed pod the focus of attention. The package consists of a recycled paperboard “tray” die-cut to the size of the seed-pod flange. Pods are held suspended in the tray. A second tray, positioned upside down, holds another set of pods, which interlock with the pods in the right-side up tray. “Really, the packaging almost disappears because you are looking at the pods,” says Bruno. “That was really what we wanted to communicate: It is really about the pods.”

Those multipacks purchased online are shipped in a foil pouch that controls humidity and maintains the viability of the seeds.

According to Schultz, retailer and consumer response to Gro-ables has been “excellent.” He adds, “Retailers are especially interested because there has been very little product innovation in the seed aisle for years. Consumers love the ease of use in planting and final results. There is also a tremendous benefit in generating interest in gardening in young gardeners.”

Citing anecdotal evidence from friends and family, Group 4’s
von Holzhausen says: “People love the idea. It seems to be filling a void for the consumer. Strangely, even though they weren’t targeted, we found that even experienced gardeners think this is a good idea and are willing to give it a try. We are really thrilled with it.

“As designers, we get a lot of different opportunities to work on projects, and some of them we think will definitely benefit the manufacturer. But in the end here, we think that this is something positive for everyone.” 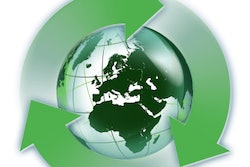 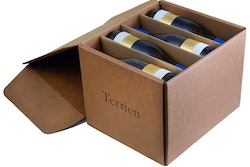 Sustainability and the new age of systems thinking 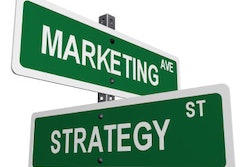 Marketing 'green' to the mainstream