Local and state governments’ lack of funds and brand owners’ desire to see their packaging materials recycled are driving a movement toward EPR in the U.S.

“A perfect storm” is brewing in the area of Extended Producer Responsibility legislation for packaging in the U.S., according to Victor Bell, founder and president of Environmental Packaging Intl. (EPI). Bell, who led a Webinar titled “EPR and its impact on brand owners of paper, board packaging,” produced by Industry Intelligence, Inc., noted that a movement toward EPR for packaging in the U.S. is being driven by the lack of money in U.S. city and state coffers, and the increasing desire of packaged goods brand owners to have their packaging materials recycled. “But there’s a cost to it [EPR],” he warned, “and we have to be very careful on how best to implement it, if it is implemented.”

EPR for packaging is a system of shifting the responsibility of recycling from local government, where the cost of managing solid waste is typically one of the top-three line items of a city or town’s budget, according to Bell, to those companies that put the packaging on the market. The goal of EPR is to increase recycling rates and improve the amount of material retrieved for reuse.

He noted that many countries outside the U.S. currently have EPR programs from which we can learn. Among them are the European Union countries, some Eastern European countries, Japan, South Korea, Taiwan, Uruguay, and three of the Canadian provinces. “Some of them just have plain fee payments and others have legislation,” he said, adding that any EPR programs put into place in the U.S. will most likely follow the Canadian model, where legislation is different in each province. “We do not think EPR will come into the United States on a national level,” he said.

Providing a background on the materials found in the U.S. waste stream, Bell cited the 2010 U.S. EPA Municipal Solid Waste Report, saying that packaging represents 30% of total solid waste (before recycling). Of that material, half is paper and paperboard packaging; 18% is plastic; 13% is wood; 12% is glass; 4% is steel; and 3% is aluminum. “Approximately 40 million tons of recyclables are being disposed of each year,” he said. “So that is also driving movement toward extended producer responsibility.”

In the last couple of years, he explained, EPR framework legislation has come under consideration in a number of U.S. states. In 2010, Maine enacted the first product stewardship framework law in the U.S., which allows the state to propose new materials, such as packaging, to the legislation. In 2011, a number of other states introduced framework legislation. But there are many key issues and questions that will need to be resolved state-by-state, Bell advised.

Among the questions: How will the producer of the packaging be defined? How will financing be shared? Who will be responsible for achieving goals? Should there be a provision for the first importer? How are fees determined for different types of packaging materials? Are there some materials that should not be recycled? Who will have ownership of the recycled materials?

Despite all the unknowns about EPR, Bell says one issue is undisputed: No one wants EPR to be a tax. “No one wants our federal government or state governments to collect the money,” he said. “The money should go to industry, to fund the material collection facilities.”

In closing, Bell provided an overview of the organizations currently studying EPR for packaging, including the U.S. EPA, Ameripen, PAC (Canada), and the Sustainable Packaging Coalition, which recently published a study on a range of material recovery systems around the world. 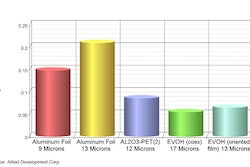 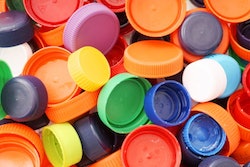 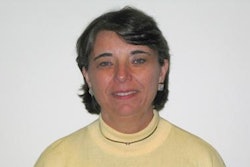